Audio Archaeology: Before there was Margaret Explosion, there was Personal Effects

One of Rochester’s gutsier and more exploratory outfits on the scene today is Margaret Explosion, a delicate free-form jazz group that takes its listeners on an almost narcotic journey. The music is dreamy and tactile; you can take a hit and hold it. Because the sound is created in the moment, no one song is ever given the same treatment twice. It’s beautiful and mesmerizing.

But to fully appreciate the trippy transcendence of Margaret Explosion, you have to pause and give a listen to Personal Effects, the band’s predecessor. The similarities are there, but they’re fleeting. Whereas Margaret Explosion is rather unconventional, Personal Effects was a more straight-ahead outfit operating in an emergent, danceable era of music that embraced pop and new wave. You can hear these aesthetics in Personal Effects’ album “Bring Out the Jazz,” with its likeness to the music of Talking Heads and Television.

Personal Effects consisted of drummer Paul Dodd, saxophonist and vocalist Peggi Fournier, Bernie Heveron and later Robin Mills, as well as Andrew Vicalvi on bass. From 1983 to 1987, the band was an extremely prolific — releasing its self-titled, 12-inch EP on Cachalot Records in 1983 before unleashing three LPs, an additional EP, one cassette, and a 45-inch record called “Porch/A Mess” in the span of four years. During that time, the video for “Drifting Apart” from the 1984 album “This Is It,” got airplay on MTV.

At a time in which the Rochester music scene was already stacked with talented groups such as New Math (of which Dodd was an original member), Paper Faces, The Chesterfield Kings, The Raunchettes, The Fugitives, and Colorblind James Experience, the fact that Personal Effects stood out in the crowd is a feat in itself.
“We did not try to sound like anyone else,'' Paul Dodd says. “We had a saxophone as a lead instrument along with guitar, and we stayed in minor keys.” 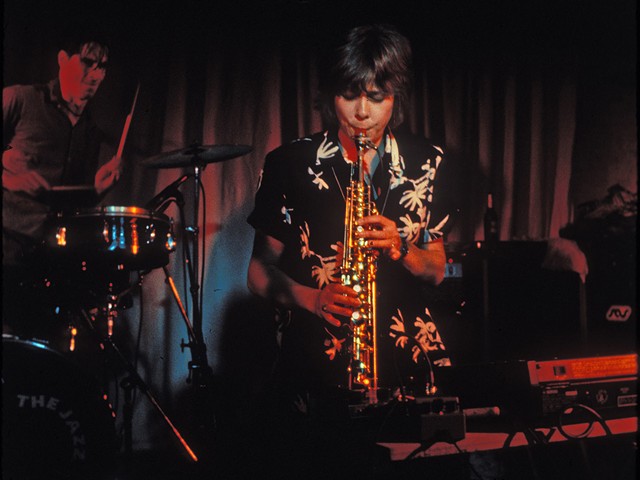 Fournier’s saxophone is what caught the ear of Tom Kohn, now co-owner of Bop Shop Records and a discerning scenester at the time. “They were very groove-oriented,” he says of Personal Effects. “They were the fabric of the scene.”

Of all these clubs, Dodd says they dug the vibe at Scorgies the most. So did Kohn.

“I remember going there a lot,” Kohn says. “But I don’t remember leaving.”

In order to accommodate its multimedia attack, which included atmospheric lighting and liquid projections, Personal Effects also played some more unusual spots, including Pyramid Arts Center (now Rochester Contemporary Art Center) and The Strasenburgh Planetarium — where the band holed up for a three-month residency and performed its Laser Light Show, resulting in the cassette-only release “90 days in the Planetarium” in 1987. More recently, Personal Effects released a 20-song career retrospective, “A Collection,” on its own label Earring Records in 2008.

In the ’80s, it seemed that the bigger the show and the bigger the venue, the bigger the band sounded. Dodd remembers a few particular shows as highlights: Personal Effects’ record release show for its Cachalot Records debut at Midtown Top of the Plaza, which drew more than 1,000 people; a true multimedia stage show with projections and liquid lights at The Community Playhouse (known simply as The Playhouse/Swillburger now);

It manifested itself through the keyboards and lone sax. The rhythm section swung mightily and dreamy along with the ethereal guitar. It was if they were playing to the walls and threatening the roof. 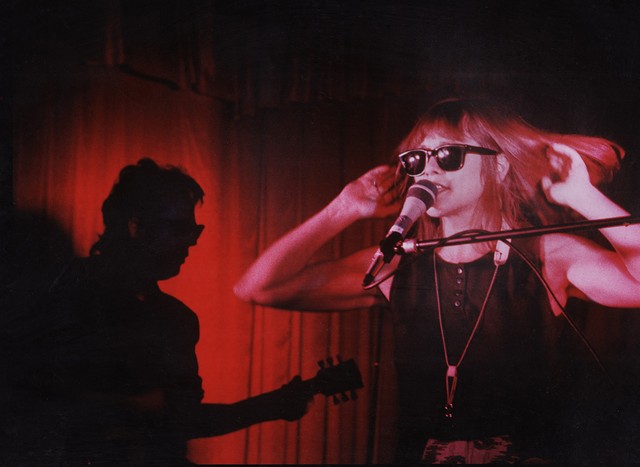 But Personal Effects was more than a Rochester band; it had resonance in the broader upstate New York region, as well as various East Coast cities.

“We played Buffalo at least once a month for years, and played with 10,000 Maniacs five or six times,” Dodd says. “In the early days, we shared drum kits and opened for them in Buffalo and vice versa in Rochester, Cleveland, Boston, Albany many times, Syracuse.”

Today, Paul Dodd and Peggy Fournier play together in Margaret Explosion, along with Ken Frank on bass and Phil Marshall on guitar. Bob Martin lives in Chicago. But sometimes at night when the moon is bright, you can hear the phantom call of Personal Effects’ eerie drone, cutting through the fog.