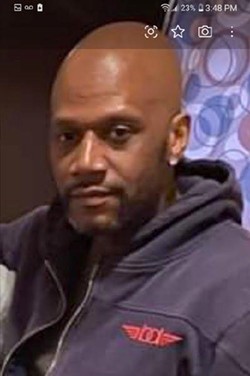 The state Attorney General’s Office on Friday released six redacted video clips of Daniel Prude’s fatal encounter with Rochester police officers, all of which came from the officers’ body-worn cameras.

The Attorney General’s Office released the videos along with body and dash camera footage of Troy Hodge’s fatal encounter with police in Lockport, Niagara County. The office has ongoing investigations into the death of both men, and it has convened a grand jury for its Prude inquiry.

“Our criminal justice system is in need of significant reform to rebuild the trust between police and the communities they serve,” Attorney General Letitia James said in a news release. “Key to that reform is increased transparency, which is why I am proactively releasing video footage from our active investigations into police-involved killings. All of our communities deserve transparency, accountability, and justice, and I believe this is a critical step in moving us forward.”

Given the amount of body camera footage previously released by attorneys for the Prude family and activists, the clips are unlikely to contain any new revelations.

The longest of the videos, a 12 and a half minute long recording from the body-worn camera of officer Mark Vaughn, starts when the officer first encountered Prude, who was naked in the middle of Jefferson Ave. and clearly in mental distress. All six clips released Friday end when Prude, who suffocated and went unconscious while officers restrained him, was loaded into an ambulance for transport to Strong Memorial Hospital.

Prude died at Strong a week later. The Monroe County Medical Examiner’s Office in its autopsy report listed Prude’s caused of death as “complications of asphyxia in the setting of physical restraint due to excited delerium due to acute phencyclidine intoxication,” an indication that Prude might have been high on PCP.

Daniel Prude was suffocated by Rochester police, his family says
Two months before George Floyd's death at the hands of Minneapolis police touched off nationwide protests, Daniel Prude allegedly died in a similar manner in Rochester.
By Jeremy Moule
News
Activists and attorneys for the Prude family have argued that officers used excessive force by restraining Prude, who was already handcuffed and not in possession of any weapon. News of his death fueled several weeks of protests against the Rochester Police Department, who on multiple occasions responded by firing PepperBalls and tear gas into the crowds.

Daniel Prude was suffocated by Rochester police, his family says
Two months before George Floyd's death at the hands of Minneapolis police touched off nationwide protests, Daniel Prude allegedly died in a similar manner in Rochester.
By Jeremy Moule
News
Attorneys for the seven officers involved in the incident have countered that their clients were following their training and used a restraint technique known as segmentation, which they were taught during training sessions in January and February. They also noted that Prude was in a state of hyperthermia — meaning that he was overheating — which could have been caused by PCP intoxication.

The video clips can be found at ag.ny.gov/sipu/footage/daniel-prude.