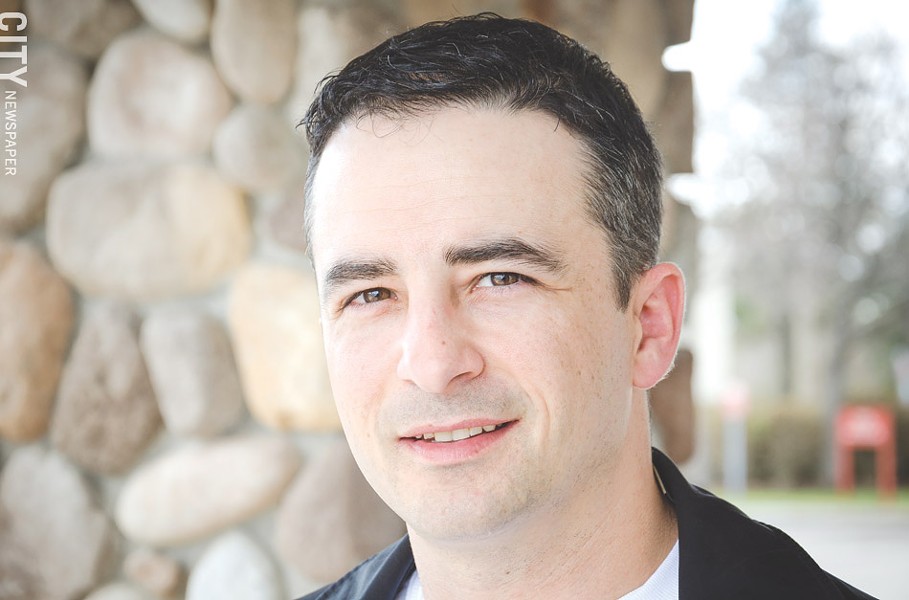 The most dangerous thing at this afterschool meeting of the Good News Club at Chestnut Ridge Elementary School in the Churchville-Chili school district appears to be the game of blindfolded dodgeball in the gym.

But members of another local group, the Young Skeptics, will tell you that Good News is dangerous and should not be allowed to hold its meetings in a school building. And they've been speaking with Churchville-Chili schools Superintendent Lori Orologio to press their point. (Orologio declined a request for an interview. The club merely uses a school building, she says, and is not sponsored by the school.)

The Good News Club is a ministry of the Child Evangelism Fellowship. Club members meet with groups of children in various settings, including schools, for Bible lessons. According to CEF's website, the meetings include songs, memorization of Scripture, games, and other activities.

"The purpose of the Good News Club is to evangelize boys and girls with the Gospel of the Lord Jesus Christ and establish (disciple) them in the Word of God and in a local church for Christian living," the website says.

But Kevin Davis, a Churchville resident, says that the club indoctrinates children who are too young to understand what's happening. The club tears down children's self-esteem by telling them that they are sinners who deserve death, Davis says, and then sells the children on the club's brand of Christianity.

Katherine Stewart, who has written a book critical of the Good News Club, calls it "faith-based bullying."

"It's very, very sin focused," Davis says. "It's first telling them, 'There's something wrong with you, inherently.' And then selling you, 'Hey, by the way, I've got the cure. You can have it for free, but you have to do what I say.'"

Davis helped form the Young Skeptics Club in the Churchville-Chili district to counter the teachings of the Good News Club.

"Our focus is not proselytizing or telling kids what to think," he says. "It's trying to help them learn how to think. Our focus is on critical thinking, problem solving, giving them a safe space to ask questions about what they're learning."

But Moises Esteves, vice president of Child Evangelism Fellowship's USA Ministries, says that the Good News Club's message is positive — that God loves them — and that schools are happy to have the clubs.

"If the accusations were true, then the clubs should be disappearing," he says. "The opposite is true. Over the last 12-13 years, attendance has grown steadily. The reason it grows is because the kids love the club and love the message of the club."

The Child Evangelism Fellowship has two Good News clubs in the Churchville-Chili school district. The second is at Fairbanks Road Elementary School.

Approximately 215,000 children participate in Good News clubs in the US, Esteves says, and there are more than 62,000 clubs worldwide.

But court ruling aside, Davis says that the club's teachings violate the Churchville-Chili school district's Code of Conduct, which says that every student has a right to a school environment free of harassment and bullying.

Davis' own spiritual journey is interesting. He was raised Catholic and attended Catholic school through eighth grade. He became a born-again Christian in college for a short time, and now considers himself an atheist. He learned about the Good News Club through a Rochester-based atheist group.

"We don't fundamentally have an issue with religious instruction," he says. "I feel that there are plenty of lessons in the Bible that are good for teaching morality, for teaching compassion, and molding the way a child looks at the world and teaching them empathy. It's the tearing down of a child's self-esteem to rebuild it the way you want it to be built that we have a problem with."

And teaching a literalist view of the Bible is also teaching, for example, that creationism is fact, Davis says.

Esteves says that the club does indeed teach creationism and that he doesn't apologize for it.

"The Bible teaches it, and that's who we are," he says. "We're a ministry that teaches the Bible."

He knows that elementary school children are ready to commit to Christianity, he says, because he did it when he was 9. But if they're not ready, Esteves says, the club doesn't force them.

"All the decisions are always between the child and God," he says. "We don't do any kind of coercing or manipulation. That would completely defeat the purpose of people desiring to follow Jesus out of their own initiative."

Parents have to give permission for their children to attend the club's meetings, Esteves says, so there's nothing sneaky or subversive going on.

And that's the key point, says Dr. Eric Caine, chair of the University of Rochester Medical Center's Department of Psychiatry. American society has always let parents decide how, where, and when their children receive religious education until the children are of age, he says. And the Good News Club essentially sounds like an extension of Sunday school, he says.

"I always worry about anything that's judgmental about people's behavior at a time when kids are too young to judge," Caine says. "But that's a general worry, not specific to religion or anything else."

The bottom line, Esteves says, is that atheists want to shut the club down because they oppose Christianity.

"We desire to share the love of God and tell about Jesus to the boys and girls all over the country," he says. "The United States Supreme Court said, 'Yup, you can do that in the public schools.' So we continue to do it. The opposition, I'm sure, will continue, as well."