As call for police reform grows here, some look to Oregon for possible answers

Since a video of the arrest of Daniel Prude was released two weeks ago, calls for
police reform have grown louder and more insistent.

Prude died a week after he suffocated when pinned to the pavement by Rochester police officers, who had been called to check on his mental health.

Citizens, activists, and elected leaders are pointing to a program in Oregon as an example of how a community should respond to these kinds of calls.

CAHOOTS, an acronym for Crisis Assistance Helping Out On The Streets, is a mobile crisis intervention effort that began in Eugene, Oregon, 31 years ago.

Twenty-four hours a day, seven days a week, a team of counselors is ready to respond to emergency calls for everything from crisis counseling and conflict resolution to substance abuse, among other problems.

As call for police reform grows here, some look to Oregon for possible answers
CREDIT BETH ADAMS / WXXI NEWS
Update Required To play the media you will need to either update your browser to a recent version or update your Flash plugin.

Including administrative staff, CAHOOTS has 45 employees. One counselor and one emergency medical technician go out on each call, and the calls come in from every corner of the community.

"Over the course of a 12-hour shift, it's pretty likely that you're going to start off your day maybe going to talk to someone in an alley or in a park to talking to somebody in a multi-million-dollar home whose adult child is experiencing their first psychotic symptoms," said Tim Black, director of White Bird Clinic, which operates the nonprofit program.

He said the customized white cargo vans that the CAHOOTS teams travel in don't look like traditional public safety vehicles.

While Monroe County doesn't have an approach quite like CAHOOTS, there are several existing mental health intervention programs.

One of them is FIT, the Forensic Intervention Team. It's a fraction of the size of CAHOOTS, even after its budget was doubled last week.

The extra funding will allow FIT to expand to eight mental health workers who can be summoned by police to refer people to community services. 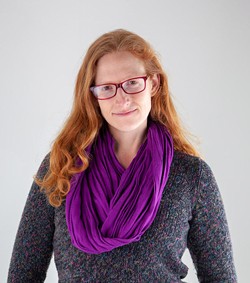 "But if there's a suspected mental health arrest needed, they wouldn't respond, so they themselves wouldn't have been able to prevent what happened to Daniel Prude," said Rochester City Councilmember Mary Lupien.

She said the fact that it's police who decide whether to involve mental health counselors when someone appears to be in crisis is a problem.

"We shouldn't be relying on police to decide whether someone needs a mental health professional," she said.

In Eugene, 911 dispatchers make that call. Police Chief Chris Skinner said the city is working on a plan to improve that triage system by placing mental health counselors at the dispatch center.

"We do a pretty good job right now," he said. "There's very few times that we dispatch the wrong resource, but I think having mental health professionals anchored in your dispatch center makes a lot of sense."

Skinner said the CAHOOTS team diverts between 5% and 8% of the calls that his officers would otherwise respond to. That gives police more time and resources to solve crimes.

As protests calling for racial justice and police reform erupted nationwide this year, he said he's talked to people from across the country about how the program works. But Black stressed that his organization does not want to appear to be opportunistic in the face of other cities’ tragedies.

He said communities that want to reimagine their public safety response must decide for themselves what shape it takes.

"We don't expect CAHOOTS to be some cookie-cutter program that you can pick up and just drop into Rochester and have it look exactly the same," he said.

Among the questions that Black recommends cities ask is whether their social services infrastructure is strong enough.

Black stressed that CAHOOTS would not be successful without a robust, community-wide system to address challenges ranging from homelessness to substance addiction to poverty.

CAHOOTS gets its funding from the city of Eugene as part of its police budget. But it is not a police program.

Skinner said that is an important distinction.

The autonomy also allows CAHOOTS to be resilient and flexible.

"There's not the same barriers to change in policy and process that you might see if we were just another city agency," said Black.

Lupien talked about trying something like CAHOOTS in Rochester earlier this year and felt her colleagues dismissed the idea.

But she said the response has changed since Sept. 2, when Prude’s family released the video of his arrest.

"This really, I believe, is the time where we don't have a choice but to look at these systems we've built and tear them apart and find out what's working and what's not," she said, "because people are dying."

Lupien said she now feels her colleagues and many in the community are buying into the idea that something has to change.

"I don't see any law enforcement boss in Monroe County or even well beyond that, that's not willing to have conversations, look at their practices and procedures and have those conversations that they may not have had a couple years ago," he said.

The Rochester Police Department did not respond to a request for comment. Last week, Rochester Police Chief La’Ron Singletary and several members of his command staff abruptly announced they’d be resigning or voluntarily taking demotions.

Then, on September 14, Mayor Lovely Warren said she had fired Singletary based on the preliminary findings of a report on the city's response to Daniel Prude's death.

In addition to the recent expansion of the FIT team, she said Council is considering other ways to improve existing resources.

One proposal from City Hall, according to Lupien, would expand a crisis intervention program called FACIT and move it from the police department to the department of youth and recreation services.

"I really think there's a possibility for change right now, and so I'm going to say that I'm hopeful," she said, "but it doesn't mean we're not going to have to fight every step of the way."


Beth Adams is a reporter for WXXI News, a media partner of CITY. She can be reached at badams@wxxi.org.