As America climbs that hill, we must prepare to fight

February 01, 2021
The “Save America” rally on the Washington Mall and the insurrection at the Capitol that followed, and what they revealed, was ugly. In the moment, it was tempting to despair.

But with the distance of a little time and an infusion of inspiration in the words not of a new president but of the 22-year-old poet who performed at his inauguration, the uprising that spat a dark stain on the history of the nation may have actually been a bright spot.

As Amanda Gorman eloquently reminded us in her poem, “The Hill We Climb,” the great experiment that is the United States isn’t broken so much as it is “simply unfinished.” Ours is a country in the arc of things, as it has always been. Sometimes it is ahead of the curve, sometimes it is behind it, but it is forever on the curve. 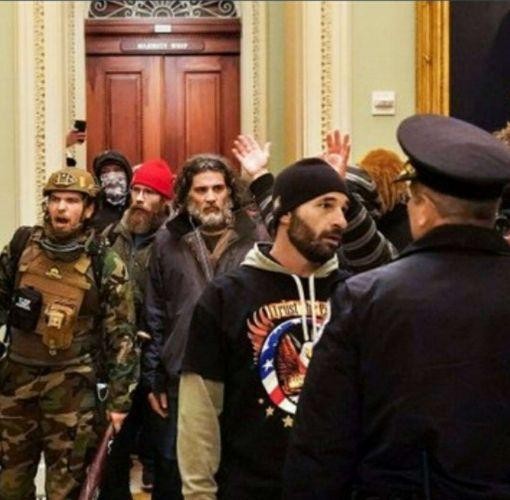 Some people who gathered in Washington that day characterized their presence as “a revolution.” But the countless hours of video to surface from that day from both inside and outside the Capitol crackled less with the spirit of Lexington and Concord than that of a raging collective of disillusionment in its death throes.

What were they revolting against exactly? To hear them tell it, they were pushing back against a leftist “deep state” conspiracy to steal the presidential election from Donald Trump. Some of them, particularly those who stormed the Capitol, may have actually believed that.

But I don’t believe that’s what fueled most of the people there that day.

A stolen election is a serious charge, one that merits a full-throttled and unwavering commitment to counteract. After all, acts like that kill democracies. Yet, when faced with such a dire threat to the country they espouse to love, most of the thousands who descended on Washington came unprepared to fight. They didn’t have the stomach for a real revolution.

What we witnessed in Washington that day was not a revolution, but a convulsion in response to the American rejection of a presidency and a movement rooted in nostalgia. It was a rebellion against the future.

That’s the bright spot — the recognition that a future packaged in a yearning for the past is at odds with an America coming to grips with its history of racial and social injustices and inching toward becoming a country whose default citizen isn’t white and Christian and speaks English at home.

The United States has always been, at least on paper, a melting pot, a country made up of people of all the countries of the world. But it has never been a country without a dominant race and religion and language; or a place where resembling the default citizen didn’t give one a leg up.

Holding fast to that social status and the financial benefits that come with it was what “Make America Great Again” was about for many Trump supporters.

This is especially true for those who made the pilgrimage to Washington on Jan. 6 hopped up on four years of a president, “news” pundits, and people in power fueling their anxieties for pecuniary and political gain.

That the bright spot is a backlash against the future of America doesn’t mean we can afford to be naïve about the butterfly effect of Trumpism or the insurrection, though. Seventy-four million people voted for Trump.

They are not all knuckle-dragging mouth-breathers who wear face paint and fur hats with horns to blitzkrieg the Capitol. Many are professionals and businesspeople with families.

Two-thirds of Trump voters described the participants in the Capitol riots as either “criminals” or “fools” in a Reuters/Ipsos poll of 1,005 American adults, including 339 who said they cast a ballot for Trump.

They need to be told, and told forcefully, where America is headed and the benefits of the destination — a country that works better for more people.

At the same time, 12 percent of the respondents to that poll said they supported the Capitol siege.

There is no point in trying to tell them anything, understand them, or sympathize with them. They are beyond saving. All we can do is recognize that and prepare for future confrontations with them.

That hill is worth climbing.