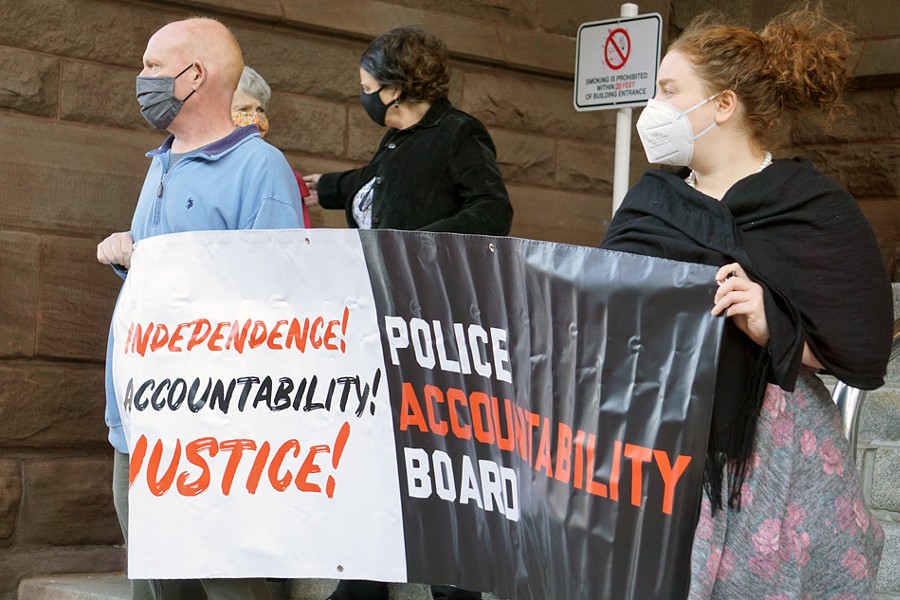 PHOTO BY GINO FANELLI
A decision issued Friday by a panel of state Appellate Division judges upheld a previous ruling that stripped Rochester’s Police Accountability Board of its disciplinary powers.

In May 2020, Supreme Court Justice John Ark ruled that the Board’s disciplinary power was in violation of the city’s collective bargaining agreement with the Rochester Police Locust Club, the police union which originally filed a lawsuit against Mayor Lovely Warren and City Council in regards to the Police Accountability Board. In July, City Council appealed the decision in a bid to salvage those disciplinary powers, which were supposed to be a key function of the board.

In the decision, the panel of judges affirmed Ark’s ruling that the Police Accountability Board’s disciplinary power was in violation of the state’s Public Employees' Fair Employment Act, also known as the Taylor Law.

“The politics swirling around this provision are weighty and fraught, but its legality is not,” the court's decision reads. “Local Law No. 2 is invalid insofar as it takes police discipline outside the realm of collective bargaining.”

In November 2019, a ballot measure to create the Police Accountability Board passed by about three quarters of the vote. Before the referendum even came to pass, the Locust Club looked to litigation to prevent its creation, including filing a lawsuit the September prior arguing the board was beyond the scope of what City Council can create, given the board’s authority extended beyond an advisory capacity.

The ruling released Friday affirms the grievances of the Locust Club, as did Ark’s decision.

What comes next is unclear. The Police Accountability Board stands to receive $5 million in the coming fiscal year budget and the expectation among the board and city leadership had been that the disciplinary power would be reinstated. Though the ruling states the board doesn’t have the authority to discipline officers, the board still has the ability to perform investigations, subpoena information, and help develop a disciplinary matrix for the Rochester Police Department.

In a phone call, Police Accountability Board Executive Director Conor Dwyer Reynolds said that the board is waiting to hear from its lawyers on what comes next. City Council, the parent body of the board, is represented by attorney Andrew Celli in the proceedings.

“The PAB is still reading through the mid-level appeals court’s decision, and we’re looking to learn more about what this means for us,” Dwyer Reynolds said.