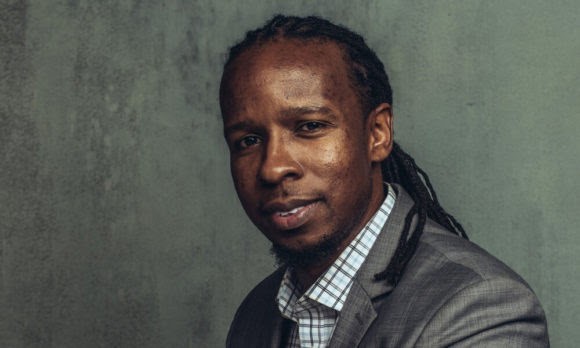 Ibram X. Kendi, bestselling author of “How to Be an Antiracist,” will give this year’s Martin Luther King Jr. Commemorative Address hosted by the University of Rochester. The virtual talk will be presented on Wednesday, Feb. 24, from 7 to 8 p.m., followed by a Q&A. The event is free to attend, but registration is required. At the point of registration, attendees can submit a question for Kendi.

Kendi is the Andrew W. Mellon Professor in the Humanities and the Founding Director of the Boston University Center for Antiracist Research, an antiracism activist, and historian of race and discrimination policy in America.

His work addresses how racism and policy in areas such as the environment, health care, and law enforcement interact and pose existential threats to Black people and other marginalized populations.

“I wrote in ‘How to Be an Antiracist’ that white supremacy is a nuclear ideology that is threatening human existence,” Kendi told CITY during a recent phone interview after the Jan. 6 attack on the Capitol. “People thought I was being hyperbolic. But I think now people are beginning to see what law enforcement and FBI officials have been saying for years, that the greatest domestic terrorist threat of our time is white supremacists. But unfortunately, people's racist ideas cause them to attach danger to blackness. It prevents them from seeing danger when it has a white face.”

Though the specifics of his keynote address have not been disclosed, Kendi’s work makes him a fitting speaker following a politically tumultuous year, with nationwide protests held in response to police killings of Black men, and hordes of white supremacists planning and carrying out an insurrection at the U.S. Capitol Building in January.

“King has had an enduring impact on me and on our society,” Kendi said. “I of course want to speak to that. But I also want people to remember that King lived just years after the March on Washington. And then, by 1967, he was saying that his dream, he suspected, had turned into a nightmare. And we need to really wrestle with that. Why, by 1967, was he saying that? And what does that mean for our time?”

We have a society of racial inequities and disparities, Kendi told CITY.

His vision includes creating the types of antiracist policies that can eliminate disparities and inequities, and over time assess the impact of those new policies.

“Just like with anything else, we can't just wish for an antiracist society,” he said. “We have to organize a body of people who are making this happen.”