Another school shooting, another shrug from politicians 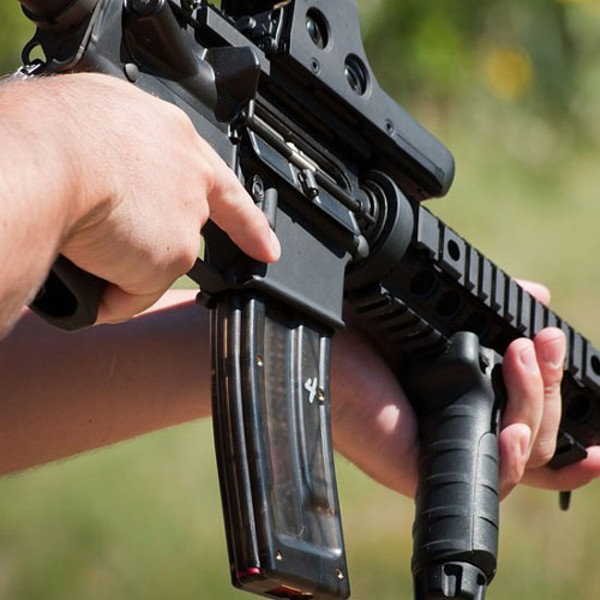 FILE PHOTO Police say Nikolas Cruz used a semi-automatic style weapon in his assault in the Florida school yesterday.
[Updated February 15] "If I don't make it I love you and I appreciated everything you did for me."

How on earth can we justify putting a child in such danger that she texts that message to her parents at the end of what should have been an ordinary day in school?

And yet here we are again, seeing the pictures of terrified children being led, single-file, to safety, hands on the shoulders of the child in front of them, after yet another shooting in yet another school.

CNN reported police officers' description of what they saw inside Marjory Stoneman Douglas High School in Parkland, Florida, yesterday: "Beyond the bodies and blood were also piles of backpacks and cell phones dropped, some still ringing unanswered as parents desperately tried to find their kids to see if they were ok."

The assault in Parkland, Florida, was "the worst school shooting in Florida history," the Miami Herald said. Got that? The worst among all the shootings... in schools… in Florida.

Scandals continue to ooze out of the White House, but a bigger scandal is the cold-hearted, calculated complicity of elected officials - in Washington and around the country - who could do something about this crisis but will not.

We know what their response will be: "We must do something about mental illness." From what we know, the 19-year-old who caused such pain yesterday was a very, very troubled young person. Students who knew him were afraid of him. He owned guns and multiple rounds of ammunition. He had been expelled from school because of his behavior. We'll learn more as his story unfolds, but clearly he needed help that he didn't get.

But mental illness didn't kill the 17 people who died in Marjory Stoneman Douglas High School yesterday.  Bullets, fired from a gun, did.

But we know they won't. They sat on their hands after 20 little 6- and 7-year-olds and six adults were gunned down in Newton, Connecticut, five years ago. If that didn't bring change, nothing will.

And so this won't be the last time we see pictures of terrified children being led, single-file, to safety, their hands on the shoulders of the child in front of them, at the end of what should have been an ordinary day at school. It won't be the last time, because unlike the football coach at Marjory Stoneman Douglas High School, who died trying to protect some of the students, too many of our elected officials are cowards.

A previous version of this story included a quote from Politico stating that there have been 18 school shootings so far in 2018. That figure, the Washington Post has reported, is vastly exaggerated. The correct number appears to have been five.