Anomaly festival’s horror film ‘The Harbinger’ has a city connection

Anomaly Film Festival has been entertaining Rochester movie lovers with scary, fantastical, gross, weird, and otherwise “out there” since 2019. This year, the festival runs from Nov. 3 through Nov. 6, and on its final day, highlights a film made in upstate New York — the horror-thriller flick “The Harbinger.”

Directed by Andy Mitton, “The Harbinger” was filmed in Binghamton, NY, with several crew members from Rochester.

“The Harbinger,” which plays at Anomaly on Nov. 6 at 4:15 pm, centers around a young woman who braves traveling during the COVID-19 pandemic in order to help a friend, but finds much more than she bargained for when confronted with a supernatural plague doctor who lives in his victim’s nightmares, and is capable of taking much more from a person than their life.

While the likes of Freddy Krueger may be well known for chasing his victims through dreams, “The Harbinger” introduces a concept far more terrifying for Mitton: to die in a dream here is to have your very history lost to the world. While other horror films may show lives being threatened, people’s very existences are in danger in “The Harbinger.”

Mitton’s work on “The Harbinger” served as a way for him to express his fears when the pandemic kept him out of work.

“Those themes fit the way I was feeling and I feel a lot of people were feeling so well,” Mitton said. “The existential fear of being forgotten as we were losing slews of lives that didn’t have a chance to be honored. This is a sort of a primal scream that came out of me.”

Having previously shown the film at the Fantasia Festival in Montréal, Mitton was ecstatic to be able to bring “The Harbinger” back to New York State, and to Rochester specifically, for local members of the production staff to see.

“The fact that they get to finally see it and celebrate what we did together is super meaningful to me,” Mitton said.

However, Mitton isn’t the only director with ties to the area featured at Anomaly this year. 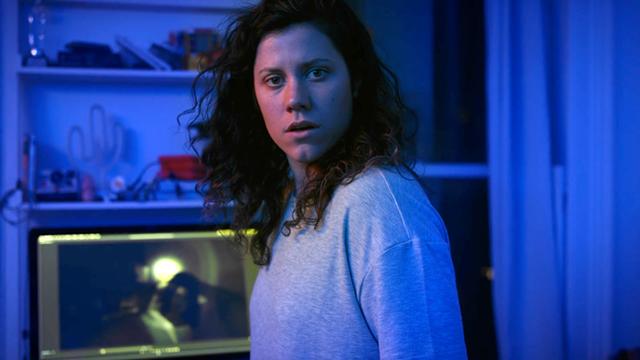 Mike Gerbino, the director of the short film “Freelance,” which will be screened Nov. 5 at 2 p.m. previously lived in Rochester, and used elements of his real life to tell the story of a video editor who winds up handling film material which leaves her haunted in more ways than one.

“Freelance” was filmed in Gerbino’s own New York City apartment, and was born from the need for catharsis for the kind of person who becomes uncomfortable with what is asked for their job. “I grew up in Rochester and I got into filmmaking there,” Gerbino said. “It comes from my life, it sort of deals with what a lot of creatives deal with when they’re making a living and working for other people.”

Adam Lubitow, Anomaly’s programming director, has been ecstatic to be able to present films with connections to the Rochester community.

“At our core, all we want to do is show awesome movies, and share that with the community,” Lubitow said. “That’s what we’re about, it’s that communal experience.”

“Skinamarink,” another film of note, will be having its United States premiere at the festival on Friday, Nov. 4, at 5:30 p.m. Lubitow described the film as one of the pieces he was most excited to share, with a plot centering around two children who wake up in the middle of the night to find that their parents have disappeared, along with all of the doors and windows in their home.