PHOTO BY JACOB WALSH Annalisa Barron at her workshop in Gates.
Painter, sculptor, and filmmaker Annalisa Barron has lived in Rochester for barely a year, but she’s already a force on the art scene — and she’s mining the city’s reputation as “the image capital of the world” for inspiration.

Her latest exhibition, the second in a series called “Place Projectors,” uses artifacts she’s gathered from Rochester’s rich history of innovation in film and photography to create whimsical glass-and-metal sculptures that project light. The work currently resides in the atrium of Writers & Books on University Avenue, where Barron is currently the artist-in-residence. 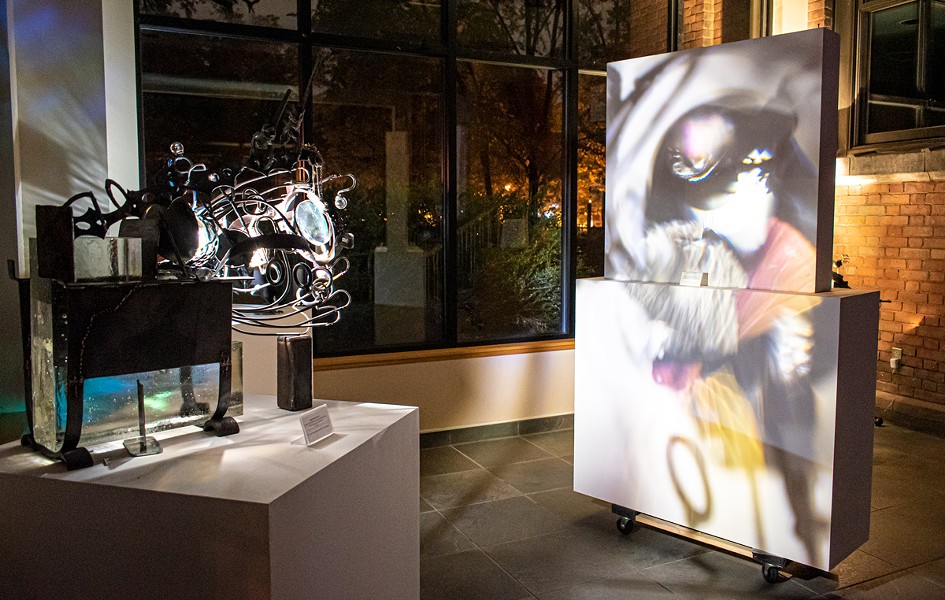 Barron, 33, is no stranger to creating art from a seemingly random collection of items. She views collections as a kind of portraiture and their individual pieces as memory triggers.

When she was a student at Penn State University, she lived in a century-old boarding house off campus in which the previous tenant had died. All his possessions remained; even his cremated ashes.

The man had a reputation for being a creep. But Barron wasn’t convinced, and dug through his things and interviewed people in the neighborhood who knew him.

A picture emerged of a gay Korean War veteran who loved stained glass windows, so much so that he collected Polaroids of all the windows in town. Along with those photos, he left behind slides from the war and writings about falling in love with a man named Nick.

Barron went about making a memorial for this misunderstood soul, resulting in an ambitious art project that included creating a sculpture of the objects left behind and a 40-minute documentary complete with an original score.

The project got the attention of the university’s art department, from which she graduated in 2013 with a bachelor’s degree in drawing and painting. 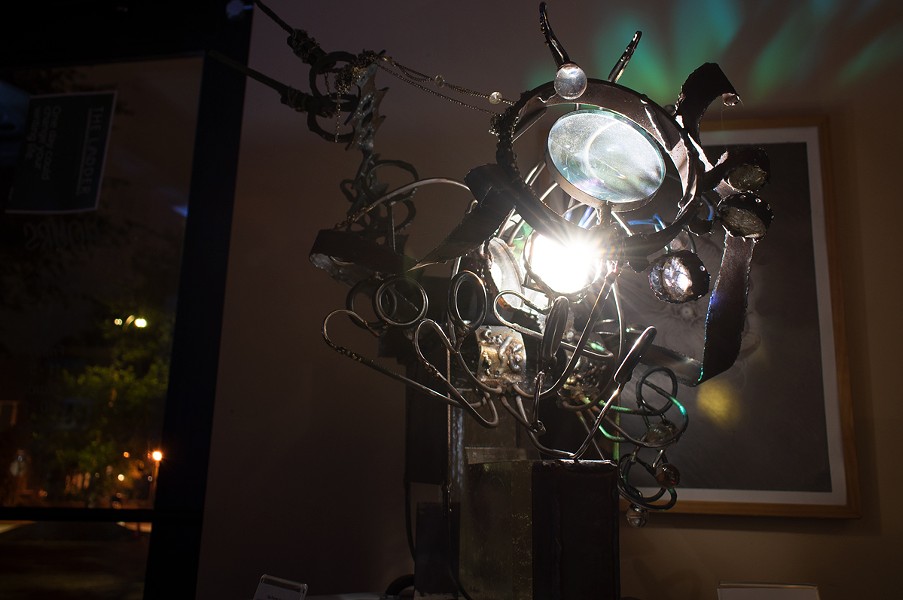 Barron moved from Brooklyn to Rochester last year. Shortly before her arrival, she constructed what was essentially a giant puppet, 13-feet tall, for an original film called “The Molok,” a project that was highlighted in a 2018 performance at the Rochester Contemporary Arts Center. The experience convinced her she needed to stay.

“I basically thought that if I was going to do the project and live the life I want to live, I need to be around earnest, genuine people that are not just trying to get Instagram followers,” she says.

She caught the eye of Alison Meyers, the executive director of Writers & Books, who was struck by Barron’s ability to beautify functional objects and infuse them with life.

“Her sculptures are not only beautiful and fascinating, but they are provocations in a way,” Meyers says. “They provoke us to think more deeply about our own place in the world, to understand, think outside of our own social constructs.”

In “Place Projectors,” Barron utilizes items that were pivotal to the evolution of still images and moving pictures, as well as the growth of Rochester institutions like Kodak, Xerox, Bausch +Lomb. One such item is optical glass, which Barron uses to manipulate light with her projectors. 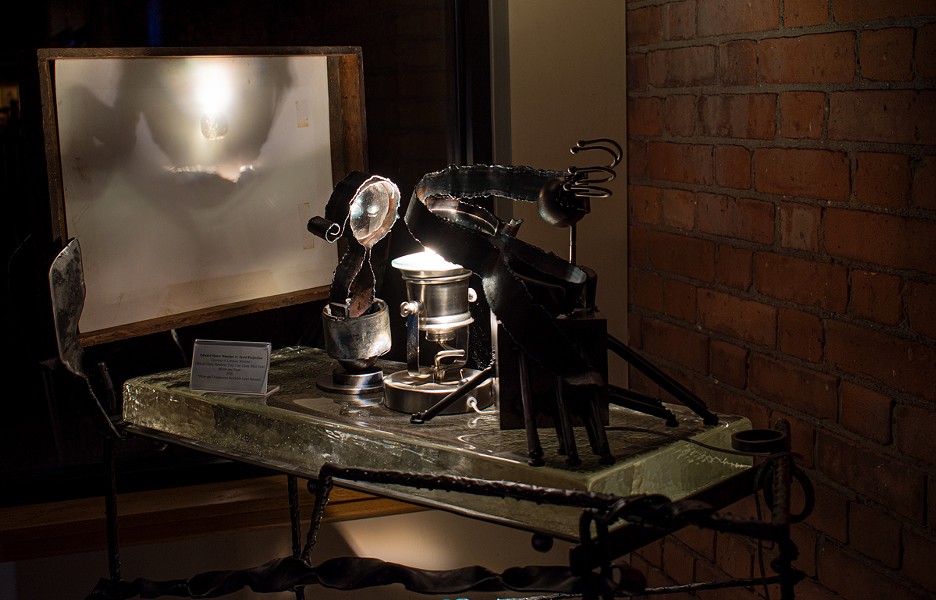 Another historical gamechanger in the exhibition is the balopticon, the original opaque projector produced on a mass scale. Important painters, including Norman Rockwell, used the balopticon to project a photograph, change its size, and then outline it and paint it in. The device forever changed the process of drawing and painting.

While Barron maintains that these technological advances relegated people to passive spectators in the creative process, “Place Projectors” is an attempt to reclaim the technology in such a way that makes us active participants.