Andrew W.K. goes over the top to see the other side 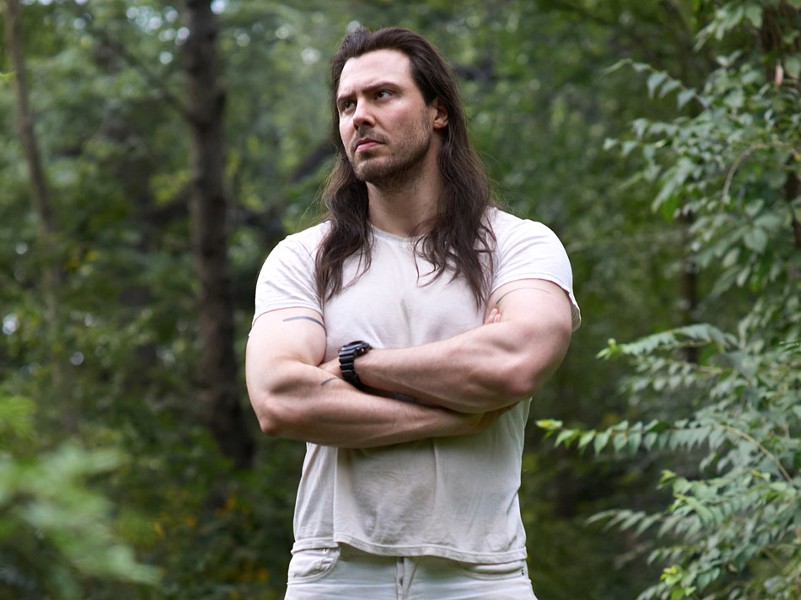 Andrew W.K. wasn't always what he considers "a servant to the party gods." Despite having had music lessons since he was 4 years old, W.K. originally never considered music as a career. Before he became an indisputable force of party-rock positivity, he had moved to New York City in his early 20's with different aspirations: He wanted to break into the world of fashion — something that had already been a part of his family for a couple of generations.

"Much like once you learn to write, you might not immediately start having aspirations to be a professional novelist," Andrew W.K. said during a phone conversation with CITY, being a musician "was something I had already been so much of, that it wasn't really interesting for me to think of it as a career."

But W.K. broke out in 2001 not for fashion but for music, with his debut LP, "I Get Wet." Its cover, a portrait of his sweaty face with blood running from his nostrils down his neck, was as extreme as it was identifiable — and it has become W.K.'s most iconic image.

"I Get Wet" is filled with anthems, like "Party Hard" and "She is Beautiful," which kick listeners in the teeth with positivity, and is capable of compelling even the most tame individual to jump to their feet, pound a fist into the air, and give a stranger a hug.

W.K.'s writing is often simple and catchy, but the music's production is deliberately complex and over-the-top. His new album, "You're Not Alone," just released in March, is a testament to his unrelenting hard rock optimism. It's so in your face it's almost as menacing as it is welcoming.

Beyond the all-white clothing and hard rock shouts, W.K. is an artist — and occasional inspirational speaker — with an introspective view on embracing life to its fullest, through the bad and good. He encapsulates that philosophy into what he defines simply as "partying."

Before pursuing music, Andrew W.K. was on a similar path as his grandfather, who owned a men's clothing store in Ann Arbor, Michigan, where W.K. grew up. W.K.'s father was also "passionate about clothing, and being able to fix his own clothes, and sew his own alterations," he said. W.K. adopted the family trade and went on to make his own clothes.

After high school, W.K. moved to New York City to further pursue fashion, and went to work for what he considered more "outlandish" clothing designers. But within six months of being in the city, everything seemed to have crumbled apart.

W.K. felt disillusioned by the whole experience. Suddenly, that's "when this sense of destiny" became clear to him, he said. He was meant to make music.

"On one hand it was very obvious, and seemed I couldn't believe that I hadn't really thought to do that before," W.K. said. "I had always thought that you decided what you wanted to do. That you'd go out into the world, in day to day life, and find interests. And those interests and tastes, and proclivities that you had, were what you would center your dreams around and create goals based on those dreams. That's not how it worked out for me."

W.K. pivoted and began working on music, but he struggled to find people to play with him. Much like the DIY nature in making in his own clothes, he began self-producing his music and playing all the instruments. But W.K. always wanted to cover up the fact that it was only him making the music.

"The words DIY, that wasn't something I had internalized as a mode of living," W.K. said. "It was out of necessity." He wanted people to think it was a "million-person" operation. "It was forced into this solitary pursuit. And eventually I stopped fighting against it and embraced it because I had to," he said.

Still, W.K.'s choice in fashion for representing his artistic image — matching white T-shirt, jeans, and sneakers — seemed like a deliberate decision influenced by his prior craft, even if he claims that choice came from resentment. "I think it was maybe a way of sorta giving the middle finger to that whole experience," W.K. said.

Andrew W.K. is now on tour — with a stop at Montage Music Hall on Tuesday, May 15 —for his fifth LP, "You're Not Alone," which features his most over-the-top production yet. W.K. has often tweeted, "If you don't go over the top, then how are you supposed to see the other side" — a quote that's to be credited to another songwriter and producer known for his melodramatic rock productions, Jim Steinman (Meat Loaf's "Bat out of Hell," "Total Eclipse of the Heart"). But even W.K. qualifies that statement with, "Who's to even say that there will be anything worth seeing on the other side? For me, it's all about the climb. That's where the action is."

He compares it to the film "Rocky." Rocky's fight ends up being an afterthought in comparison to his journey leading up to that moment, he said. "His victory or loss had nothing to do with anything. And that's what's so powerful. He loses, and it doesn't even matter."

W.K. continues to embrace the intensity of life in all its forms, and push on. "I don't know what's going to happen next," he said. "I just follow the will of the party gods. It keeps me on my toes. It keeps me primed and ready. The only thing I do know is that I will not be stopping."