Andreatta, CITY, and me: a letter to CITY readers

August 27, 2019
Last week, CITY and WXXI announced that David Andreatta, currently a reporter and columnist at the Democrat and Chronicle, will succeed me as CITY's editor. David will join us on September 16, and we'll start a six-week transition period, ending with my retirement on October 31.

The selection process included interviews by representatives of both WXXI and CITY – not, by the way, including me. This is the beginning of a new chapter for CITY, at a time of big change in news media of all kinds. It's important that the talented staff at CITY and WXXI shape that chapter themselves. 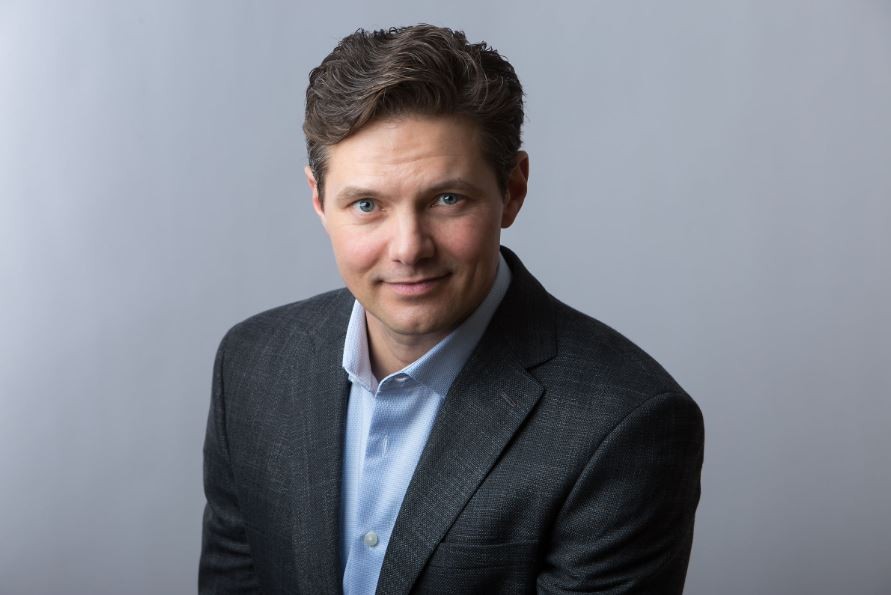 The final decision was made by WXXI's leaders, including its CEO, Norm Silverstein. That's significant, because David has a strong news background, including investigative journalism. His appointment is an indication of WXXI's commitment to expanding and deepening the journalism that CITY and WXXI are already providing. Together, we'll be able to offer increasingly dynamic coverage of the news, events, and people of this region, on multiple platforms – in print, online, on radio, and on television. David has the experience, ideas, and leadership ability that the CITY of the future will need, and I'm very, very pleased with his selection.

David is still wrapping up his work at the D&C, but he agreed to submit to an email interview for this column. While a good number of CITY readers are already familiar with his work, his role here will be different from the one he's had – and his voice and role in CITY will be different from mine. This week's column, then, serves as an initial bridge me and David.

DAVID: Someone once described writing a newspaper column as being in a long-term relationship with readers. Columnists reveal themselves to readers in subtle – and sometimes not so subtle – ways over time. I suspect there isn’t much about me that anyone who has read my columns regularly in the Democrat and Chronicle over the last five years doesn’t know.

I hope what always came through in my columns, even the stinkers, was honesty. It certainly wasn’t brevity! My goodness, this answer is dragging on. For those CITY readers who don’t know me, I’d tell them I’m a writer, a storyteller, an actor, a hockey coach, a husband, and a father – the latter two being most important to me.

Also, I have two overweight cats, one of whom looks like she swallowed a football.

Andreatta named new CITY editor
By CITY STAFF
News
You live in the suburbs. Our name is “CITY.”

How did I know this would come up? When I’m traveling anywhere outside of the region, I tell people I meet that I’m from Rochester. If they know the city well, then I specify that I live in Fairport. The point of the anecdote is that Rochester is my city. It belongs to the residents of its suburbs as much as it does to those who live within city limits.

Why did you want this job?

I’m a student of newspapers. I love them and what they mean to their communities. It isn’t often that an opportunity arises to oversee coverage of a newspaper that has been a vital institution in one’s own backyard for nearly 50 years. Couple that with CITY having recently partnered with WXXI, another vital institution with an impeccable reputation for quality journalism, and I had to throw my hat in the ring.

Newspapers, in general, are fading away. Anyone who says otherwise is kidding themselves. But there remains a market for some types of print publications, of which I think CITY is well positioned. More importantly, though, the appetite for news, particularly news that’s going uncovered by shrinking mainstream media sources, appears to be insatiable. Like many readers of newspapers, I’m fond of the paper product. I never want it to go away. But it is incumbent upon all news outlets to meet readers where they are, and where they increasingly are is online. Newspapers have to adapt to that if they are to survive, some more quickly than others.

Recently, you’ve kinda had the reputation of being the D&C’s ‘bad-boy’ columnist. Is that a fair characterization? Is that what you’ll be at CITY?

I’ve not thought of myself as a “bad boy.” But, hey, if Keith Richards can wear that label, I’ll take it as a compliment. I don’t think the phrase is an accurate portrayal of my work or personality, however. Columns should be grounded in facts and presented with perspective. That’s what I sought to do with my commentary. As a mentor of mine was fond of saying, “You’re entitled to your own opinion, but not your own facts.” Columns should also be provocative, which means they will elicit praise from some segments of the audience and infuriate others. If they rankle people in positions of authority, so be it. Newspapers, it has been said, should afflict the comfortable and comfort the afflicted.

I consider myself a reporter first and commentator second. My columns elevated my profile in our community, but I believe my best work was my investigative reporting. I hope to bring a mix of both to CITY.

A year from now, what do you think CITY readers will notice that’s different?

I envision CITY breaking more news. This is not to be confused with chasing ambulances, reporting house fires, or covering events as they unfold on the spot. That’s not what CITY is about nor should it be. When I say that I envision CITY breaking more news, I mean I see it unearthing scoops, which break new ground by exploring important topics overlooked or given short shrift everywhere else. Scoops are the bedrock of true journalism. They get people talking and move the powers that be to make positive change.

What do you think are the big uncovered local stories?

Are you asking me to tip my hand? There are plenty of underexplored areas, but a couple broad topics that come to mind are affordable housing and immigration.

What are your thoughts about where Rochester and the Greater Rochester area are headed? What negative trends are you concerned about? What positive ones?

I wish I had a crystal ball. Ours is one of the poorest metropolitan areas in the country. We’re struggling to reinvent ourselves under the weight of crippling taxes. The overall academic performance of our largest school district is dreadful. The political establishment runs in many ways like a well-oiled patronage mill. Dovetailing with a national trend, the players in the two major political parties are more divided than ever, and there are schisms within the parties, particularly the Democrats. None of that sounds very good.

But there is plenty to be hopeful about. Census data suggests young people are moving to the Rochester region. The housing market is hotter than it has been in years. Most school districts in greater Rochester are solid, and some individual schools are consistently ranked among the best in the state. There is a lot of development going on downtown. Filling in the eastern portion of the Inner Loop was a smart move. I have yet to see that development translate into a retail boom or a noticeable increase in foot traffic, but the foundation for those things is being built.

Comments? Questions? We welcome your thoughts on CITY and its future: feedback@rochester-citynews.com.