And we all fall down

In the upcoming music season there's a lot of bluster centered on some music legends, the offspring of some music legends, artists produced by legendary producers, crooners, bangers, and swamp boogie twangers. A lot of the shows are brewing in the underground so you gotta dig a little so you can dig a little. Here's a few to get you started on your quest. 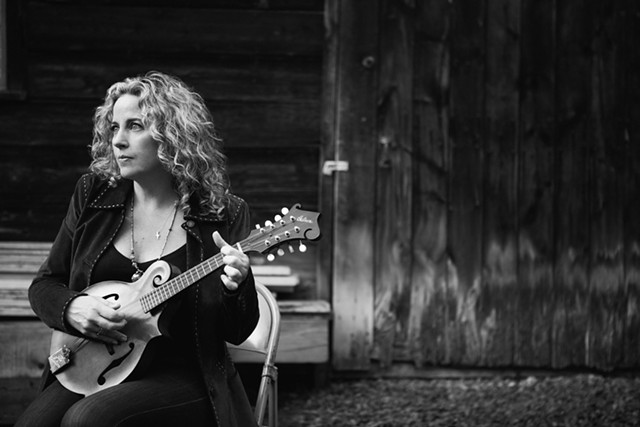 It's hard to be the pride of Levon Helm's loins, but if you take "the weight" of his shadow off Amy Helm's shoulders, her beautiful voice — full of heat and passion — emerges. Her latest folk rock album "This Too Shall Light" is produced by veteran knob twiddler Joe Henry, who captures the beauty of the tunes and of the singer herself. Amy Helm plays October 10 at Three Heads Brewing, 186 Atlantic Avenue, 8 p.m. Call for tickets: 244-1224; threeheadsbrewing.com: amyhelm.com.

Los Straitjackets is a somewhat ominous yet brilliant-sounding band with a perfect way to stay timeless...and ageless. Who knows, maybe each of the band members are 100 years old under those Luchador masks. Regardless, the band is one of the most prolific and straight up wild instrumental surf outfits to splash across the stage. Rochester's Greg Townson (The Hi-Risers) is in the group as well. Abilene on the Road and The Record Archive will present Los Straitjackets on Friday, October 25, at the Historic German House, (315 Gregory Street) at 8 p.m. $20 advance, $25 day-of. 232-3230; abilenebarandlounge.com; straitjackets.com

This is becoming a cool trend: bands celebrating albums at landmark anniversaries. It's hard to believe that Indie darling Soul Coughing's "Ruby Vroom" is 25 years old. Soul Coughing's front man Mike Doughty has dedicated his current tour to playing the seminal album front to back in its entirety. Still, he promises a new experience for audiences each night. How? Go and find out, sluggo. Mike Doughty comes to Flower City Station (170 East Avenue) on October 26, 8 p.m. $25, 413-5745; flourcitystation.com; mikedoughty.com. 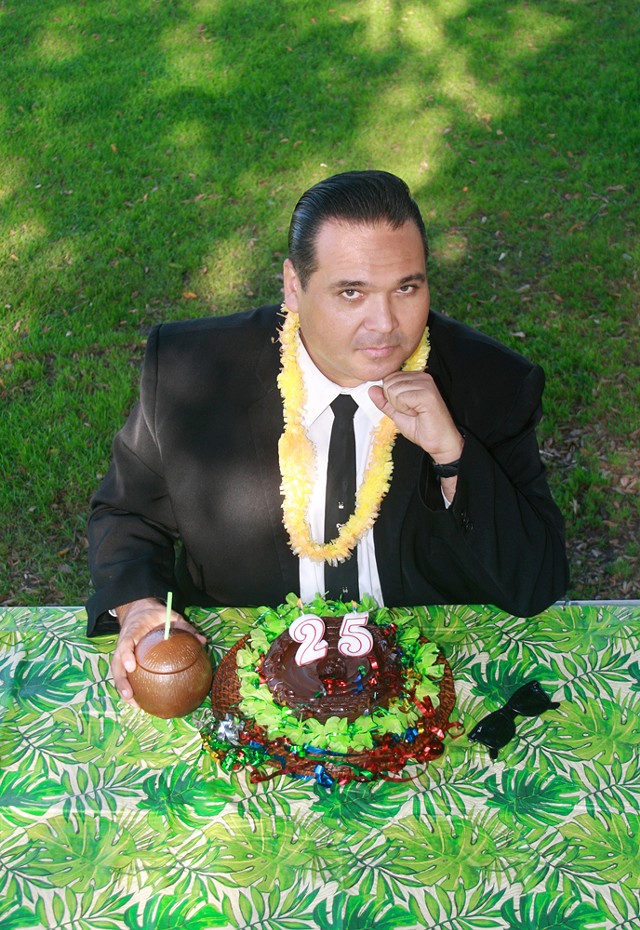 Big Sandy and His Fly-Rite Boys will play Abilene Bar & Lounge (153 Liberty Pole Way) on November 5, at 8 p.m. With a voice like butter, this OC cat is among the last of the American crooners. When Big Sandy opens his mouth to sing over his band's Western Swing, the combined twitterpation kicks into overdrive and there isn't a dry seat in the house. Show up and cut yourself some serious rug. $20-$22. 232-3230; abilenebarandlounge.com; bigsandy.net.

One of the most anticipated Roots-Americana shows of the year is coming to the JCC's Hart Theatre (1200 Edgewood Avenue) via Abilene on the Road and The Record Archive. If you like some slide in your stride, feast your ears on dynamic duo Sonny Landreth & Cindy Cashdollar. Landreth's style of blocking strings in order to make the single notes soar is something else. Oh, and Cashdollar can play slide on anything with strings. November 17, 7:30 p.m. $30 advance, $35 day-of. 232-3230; abilenebarandlounge.com; cindycashdollar.com; sonnylandreth.com. 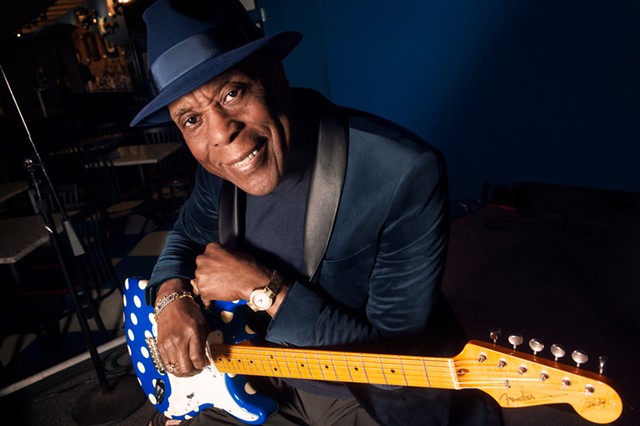 Those in the know heap the praise on Buddy Guy. He's number 23 in Rolling Stone's list of "100 Greatest Guitar Players of All Time," and Eric Clapton refers to him as the best guitar player alive. Born to sharecropper parents 83 years ago, Guy first started fooling with a Diddley bow before graduating to a Harmony acoustic. Seeing Guy live is a lesson in the blues as his guitar gently screams. Buddy Guy plays November 9, 8 p.m. at Kodak Center Theatre (200 West Ridge Road). Tickets start at $80. eventticketscenter.com; buddyguy.com.