An island of ancient faith in the inner city

Woodchucks munch the grass to one side of the Fifteenth Tabernacle on what's left of Leopold Street in the City of Rochester — the street is part of a weird island of warehouses, apartments, and empty lots in the foreground of the city's skyline.

Leopold, near Ormond Street and Central Avenue in Northeast Rochester, has long been blocked off, says John Martin, pastor of Fifteenth Tabernacle. The building, also known as the Leopold Street shul (synagogue) — though the city has given the building a new address on Harrison Street — has survived more than a century of change. It's the oldest synagogue still in use in Monroe County, according to the Landmark Society. 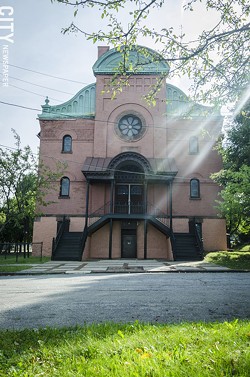 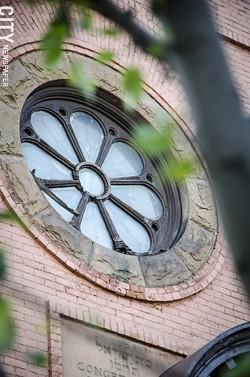 The building has served different religious communities over the years and weathered everything from economic decline to the ravages of urban renewal. Its congregation today is a small but strong and spiritually committed assembly of blacks who practice Judaism.

The synagogue was constructed in 1886 by Eastern Orthodox European Jews — early immigrants who were members of the Beth Israel congregation. Beth Israel used the synagogue until 1973, when the building was purchased by the Church of God and Saints of Christ, Fifteenth Tabernacle. It was the 15th tabernacle established in New York State.

A call to the Fifteenth Tabernacle is greeted with "shalom," the Hebrew word for peace. The congregation is sometimes described as Rochester's black Jews, but Martin says that's not entirely accurate.

Not everyone in the congregation is African American, he says. The Church of God and Saints of Christ has congregations in several countries, he says, and some members are white.

"We're open to everyone," Martin says. "Anyone can join."

According to the Church of God and Saints of Christ's website, it is the oldest African-American-founded congregation in the US that adheres to the tenets of Judaism. But they are not recognized as Jews by the mainstream Jewish community, and they do not call themselves Jews.

"We came from the continent of Africa and we consider ourselves to be Hebrew Israelites," Martin says. 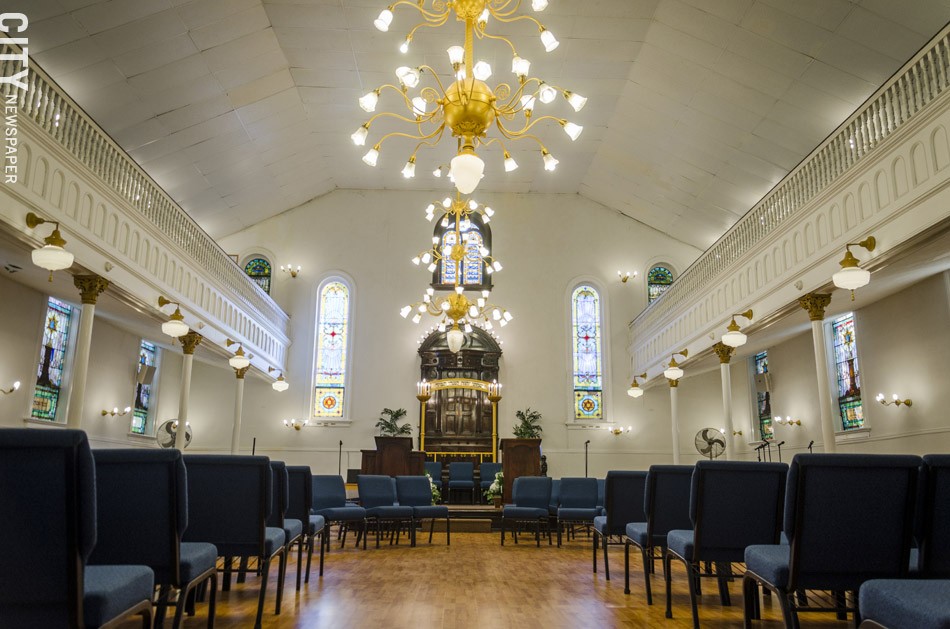 The Church of God and Saints of Christ was founded by Prophet William Saunders Crowdy. Born in Maryland in 1847, Crowdy began preaching in the late 1800's and established congregations in cities around the country, including several sites in New York State. The organization is headquartered in Temple Beth El in Suffolk, Virginia.

The Church of God and Saints of Christ is among several groups of African-American Israelites in the US who believe that they are the descendants of the ancient Hebrews. There are several implications to the historical reference, but the ones that receive the most attention from contemporary religious scholars are that the ancient Israelites were black, and that Jesus may have been a man of color. 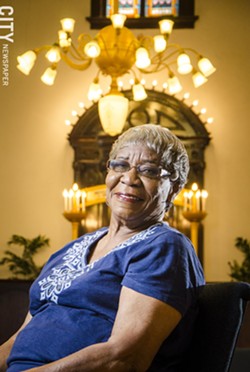 In the old days, the ground floor was used for instruction and the upper floor with a balcony held the sanctuary. Women sat in the balcony and only the men sat below on the ground floor

Women don't sit alone in the balcony anymore, Martin says, but it's traditional for men to sit on one side of the sanctuary and women to sit on the other.

The congregation is growing, but not as fast as Jeffries and Martin would like. To raise awareness, the Fifteenth Tabernacle holds fund raisers, music events, and dinners. And they try to reach out to the area's youth.

"I'm really concerned about our young men," Jeffries says. "I see them hanging out on street corners and it's obvious they're not in school like they should be. We talk to them and we try to let them know that we're here and this is a safe place."

Employment is another big concern. When younger members graduate from high school and go on to college, they often don't return to the community because they can't find jobs here, Jeffries says. 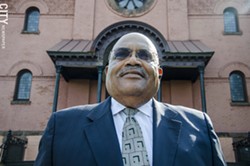 The Fifteenth Tabernacle's most immediate concern, however, is keeping up with the cost of repairs and maintenance; Jeffries and Martin are getting an estimate for a roof repair. Many of the congregation's members are retired and have modest incomes, Martin says, which makes funding operations and building costs a constant challenge.

"The roof is the Achilles' heel of that building," says Cynthia Howk, architectural research coordinator for the Landmark Society. "These folks deserve credit for the work they've done to maintain the building."

The building is listed on the National Register of Historic Places, but is not a designated city landmark, though it should be, Howk says. Being on those lists does not guarantee the survival of such buildings, she says, but it helps. Still, it's amazing that the building escaped Rochester's urban renewal phase unscathed, she says.

"This was originally called the St. Joseph neighborhood, and it was truly a neighborhood community," Howk says. "Walking to synagogue was part of that tradition.

"The building is constructed of brick exterior in the Romanesque Revival style," she says. "This was highlighted by the rounded arches. You can see that it has a very distinctive style: rectangular raised basement made of cut stone, raised porch and entrance, and the copper gable with the green patina."

There once were several synagogues in the neighborhood, Howk says.

"But this was the most elegant of all of them," she says. "It has such distinct architecture and it is an incredibly important cultural asset."

Inside, there are 12 large stained-glass windows with the Star of David near the arch of each one. Another original stained glass depicts the Ten Commandments.

If the Inner Loop is filled in as proposed, Jeffries says, maybe Leopold Street and the neighborhood around Fifteen Tabernacle would regain some of its vibrancy.

"They created all these vacant lots during urban renewal to allow for development," Jeffries says. "We waited, but it just never happened."