November 20, 2018
It’s absurd, isn’t it? Amazon is going to build half of its new second headquarters in New York City, and New York taxpayers will give up $1.56 billion for the privilege.

Governor Cuomo says we had to offer that money if we wanted Amazon to come to our state. “All things being equal,” he told the New York Times, “if we do nothing, they’re going to Texas.” 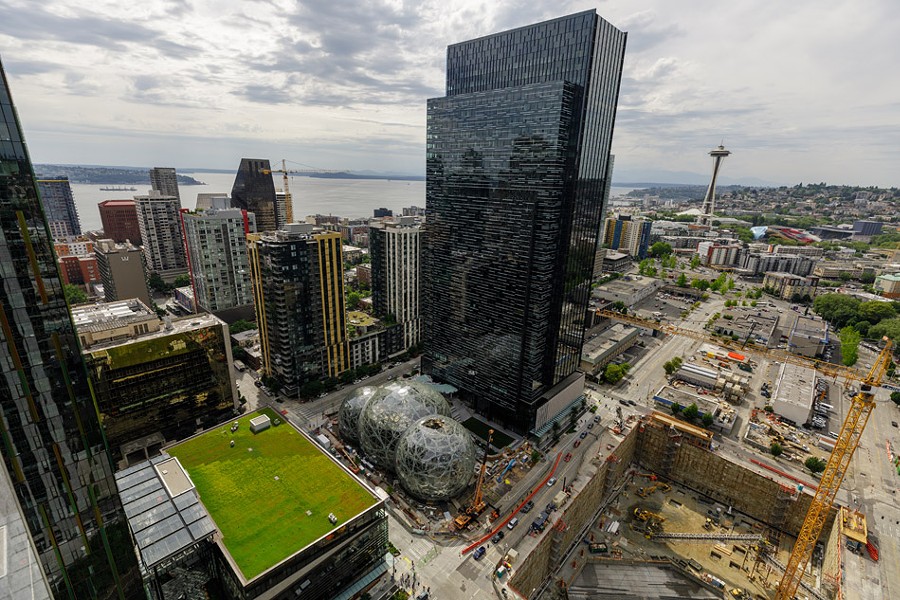 Seems to me they’re right. Amazon wanted a ready tech workforce, 25,000 to 50,000 strong – “ready” meaning not having to import workers to the chosen new location. And while it was fun to imagine Amazon coming to Rochester, we never had a chance.

Now Amazon will take its intense, long-hours culture to New York City and Arlington, Virginia. It’ll suck a lot of employees out of other companies there, and they’ll start looking for new hires. Housing prices will go up and traffic – already difficult in both – will get worse.

And taxpayers in New York State and Virginia will pay for the pleasure.

Our governor and Virginia’s can brag and preen, but this is a scam. You can’t blame Amazon; they didn’t create this give-away. Local and state governments did, and they all play the game. Corporations benefit from it, of course, but as journalist David Cay Johnston has said, it's perfectly legal.

It is also perfectly ludicrous.

There’ve been lessons aplenty from Amazon’s HQ2 search. One of them, Brookings’ Alan Berube noted, is that “Amazon’s decision reinforces that we’re overdue for a national solution to the problem of corporate giveaways.”

“Why the hell are US cities spending tens of billions of dollars to steal jobs from one another in the first place?” asked Atlantic writer Derek Thompson.

“Every year,” wrote Thompson, “American cities and states spend up to $90 billion in tax breaks and cash grants to urge companies to move among states. That’s more than the federal government spends on housing, education, or infrastructure. And since cities and states can’t print money or run steep deficits, these deals take scarce resources from everything local governments would otherwise pay for, such as schools, roads, police, and prisons.”

Business leaders talk a lot about New York’s high taxes, but some of those taxes replace money the state failed to take in because of tax breaks and other benefits handed out in the name of “economic development.”

Local handouts, courtesy of Imagine Monroe, the county’s economic development effort, make fascinating reading, incidentally. For instance: Earlier this year, we gave property tax, sales tax, and mortgage recording tax exemptions to Skyview on the Ridge, originally known as Irondequoit Mall and then as Medley Center. As Medley, of course, we gave it massive amounts of public benefits before its owner submitted to market forces and closed it down.

Over the years, we’ve given tax breaks to a grocery store, a hotel, and many other firms, all of which, presumably, were either expanding or relocating because their business was growing. Sometimes we’ve given them tax breaks to move from one community in the county to another, taking their employees and their property taxes with them.

Nothing about this makes sense, but no government is willing to stop playing the game. Woulda been nice if our governor, who likes to be seen as a national leader, had led the nation on this issue.