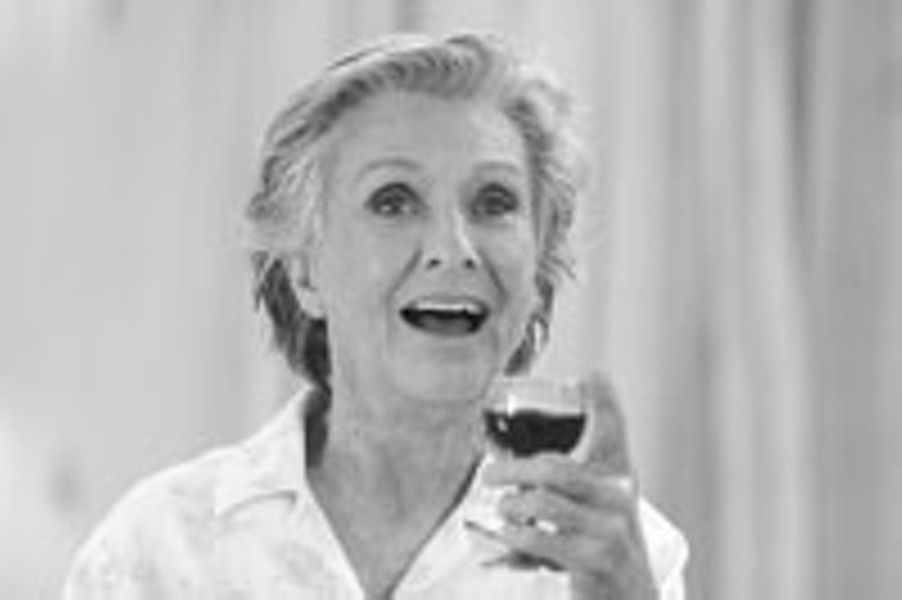 Here we are, firmly ensconced in January, and now that the holidays are over you want to relax with a movie. You've already nibbled on some Oscar bait (The Aviator, Closer) and you're patiently awaiting the next course (Million Dollar Baby, House of Flying Daggers). So you look in the paper... hey, how about Spanglish? The cast looks promising (the underrated Adam Sandler, the underused Tea Leoni, Academy Award winner Cloris Leachman), and writer-director James L. Brooks has an impressive track record of his own. Hell, he executive-produces The Simpsons! You could do worse, right?

Yeah, I suppose you could. But not much.

After a slightly rocky start in the Clasky household, Deborah browbeats the Spanish-speaking Flor and her Americanized daughter Cristina into spending the summer with the Clasky family at a Malibu beach house, where everyone learns stuff.

Spanglish's script is manipulative (mental abuse of children) and pedestrian (dumb Anglos enlightened by a minority), with the exception of a clever scene between Flor and John, with Cristina translating, in which John forces Flor to take a look in the proverbial mirror. And despite being too long by about 30 minutes, the film enjoys almost zero resolution.

But if you have your heart set on seeing Spanglish, Cloris Leachman's performance will ease the sting of you parting ways with your eight bucks. She accepted the role after Anne Bancroft fell ill, though the shortsighted producers reportedly worried that the almost-octogenarian might be too advanced in years to play Leoni's mother. Her Evelyn is alternately daffy, caring, and shrewd, and she gets to deliver the film's best line regarding her daughter's self-esteem. Anyone who hears it will look forward to appropriating one day.

Tea Leoni is a gifted actress, but you wouldn't know it from her shrill, one-note portrayal of the selfish Deborah. Presumably her eleventh-hour turnaround was meant to seem repentant, but Deborah's actions beforehand do nothing to make it appear anything less than calculated.

It wasn't difficult for Adam Sandler to elicit sympathy in the role of a goodhearted man who realizes he married a banshee, but he exhibits more of the promise he showed in Punch-Drunk Love without falling back on his usual mugging. The sooner we accept him as a dramatic actor, the easier it will be for all of us.