All the 'Child's Play' movies, ranked

Who'd have thought that a horror series about a wise-cracking killer doll would have been able to sustain itself for three decades? Few other franchises -- horror or otherwise -- have been able to remain as fresh and enjoyable for as long as the "Child's Play" movies have, and much of that has to do with creator Don Mancini, who's been the creative driving force behind the series for the past 30 years.

The original film was Mancini's twisted response to the Cabbage Patch Kids craze of the 80's; acting as writer and then director on the later films, his idiosyncratic sensibility has always been this series' greatest asset. In his hands, the franchise has continually adapted and reinvented itself over the years, with each installment dancing back and forth across the line between horror and comedy with maniacal glee.

If you're unfamiliar, the "Child's Play" movies follow the trail of murder and mayhem left behind by a foul-mouthed, knife-wielding doll imbued with the soul of a voodoo-loving serial killer named Charles Lee Ray (indelibly played by Brad Dourif). After being fatally shot in a chase with police, Charles (Chucky to his friends) transfers his soul into a Good Guy doll (modeled after Hasbro's popular My Buddy dolls), which is then gifted to a 6-year-old boy named Andy (Alex Vincent) as the world's worst birthday present. Chucky's left desperate to get back into a human body, which according to the franchise's mythology must be the first person he revealed his true nature to, meaning poor Andy won't be able to get rid of him so easily. Bloody hijinks and carnage ensue, spreading across six more sequels (and counting).

In time for the release of a new reimagining of "Child's Play" in theaters (the first Chucky movie to be made without Mancini's involvement), CITY takes a look back at how each of the movies in the series stack up.

8. "Child's Play 3" (1991): Part three catches up with a now teenaged Andy after he's shipped off to military school. Finding his way back to Andy after years apart, Chucky's still hell-bent on playing "hide the soul" with the boy, who once again can't get anyone to believe that the doll's alive and wants him dead. The military base setting doesn't really add much, though things pick up for the carnival haunted house finale. Overall the plot feels half-baked -- likely a result of the film hitting theaters a mere 9 months after "Child's Play 2" was released. All that adds up to the least memorable entry in a series generally known for its audacious creativity. 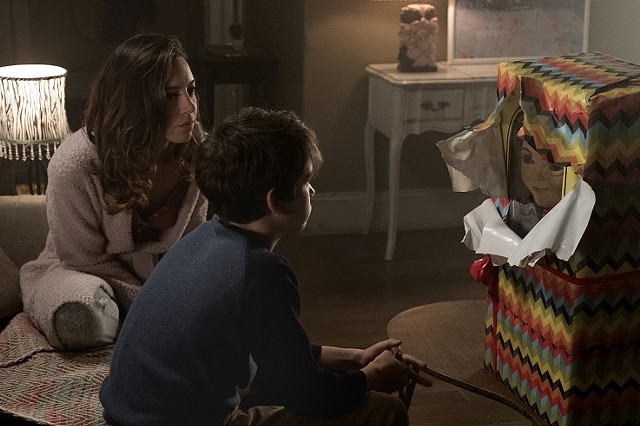 7. "Child's Play" (2019): A "Child's Play" movie in name only, this reboot updates the series for the Internet age. This Chucky is no longer possessed by the soul of a serial killer, but is instead an A.I. gone wrong when a disgruntled sweatshop worker removes all the doll's safety protocols. He only turns evil after observing the behavior of the humans around him -- and while he never screams "I learned it from watching you!" at any point, it's definitely implied. The film has some fun with the concept of smart-home technology, giving Chucky the ability to control Bluetooth-enabled products, from thermostats to self-driving cars. Director Lars Klevberg doesn't always nail the tone, sometimes veering uneasily between laughs and brutal gore. Mark Hamill does well as the voice of Chucky, even getting his own song, but he's just not as memorably demented as Brad Dourif. In the end, this new "Child's Play" is entertaining, well-acted, and stylishly shot -- it simply lacks soul.

6. "Seed of Chucky" (2004): Mancini himself took over directing duties for the first time with this absolutely bonkers fifth movie, which doubles down on the goofy meta-humor that began with "Bride of Chucky." The film makes a shockingly nuanced (for a slasher flick anyway) stab at exploring nonbinary gender identity with the character of Glen/Glenda (voiced by Billy Boyd) -- the child spawned by the unholy union between Chucky and his love interest Tiffany at the end of the previous film -- who's torn between whether they'd be happier living life as a girl or a boy.

And Jennifer Tilly returns in a dual role, voicing the deadly doll version of Tiffany and playing herself in a fearless send-up her sexpot image. Fans are generally cold on this one, but I can't help but respect just how goddamn weird it is. It's hard to hate on a film that has a genuinely heartfelt message about living as one's authentic self, while also giving us trash auteur John Waters as a sleazy paparazzo who gets his head melted by a jar of acid.

5. "Cult of Chucky" (2017): Almost as nutty as "Seed of Chucky," but in totally fun new ways. It ambitiously strives to tie together all the threads of the previous films, as various characters from past storylines converge in a mental institution. Not all of it works, but there's a lot to love, including the official series return of Alex Vincent as Andy AND the unleashing of multiple Chuckys on unsuspecting victims.

4. "Curse of Chucky" (2013): This atmospheric straight-to-video "tonal reboot" switches gears from the overt humor of "Bride" and "Seed" and returns to the straightforward horror of the first films. Picking up with new protagonist Nica (Fiona Dourif -- Brad's daughter!), the plot gets back to basics with the classic horror setting of an old house on a dark and stormy night. Mancini returns as director, demonstrating a confident hand behind the camera and generating genuine suspense (the spiked chili sequence is wonderfully squirm-inducing), but the tension does dissipate slightly once Chucky starts being, well, Chucky.

3. "Child's Play" (1988): Creepy and pleasingly strange, the O.G. "Child's Play" still boasts some impressive special effects and wonderfully unsettling images. And the scene where Andy's mother (Catherine Hicks) finally realizes that Chucky is indeed alive still manages to pack a jolt after all these years. It's clear Mancini had yet to realize the full potential of his creation, but the pieces are already in place. 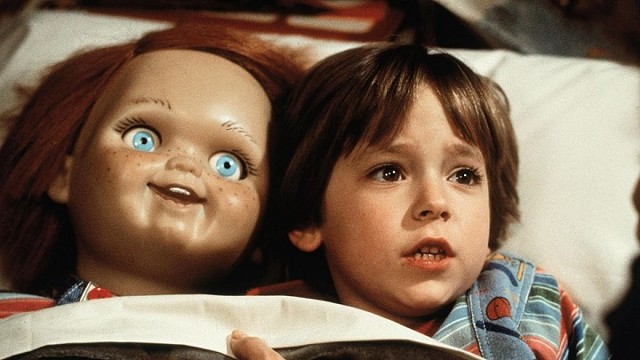 2. "Child's Play 2" (1990): After the events of the first film, Andy is sent to live with a well-meaning foster family, who turn out to be spectacularly ill-equipped to deal with a child being hunted by a homicidal talking doll. In addition to the surprisingly sensitive perspective on the experiences of kids in the foster care system, the film gives Andy a great partner in the form of his bad-ass foster sister Kyle (Christine Elise). Bonus points for the diabolically fun finale set on the Good Guys toy factory floor.

1. "Bride of Chucky" (1998): At this point Mancini fully embraced the inherent absurdity of the Chucky character, sinking even deeper into the queer sensibility that's always bubbled under the surface of these films. And that's probably why I love this movie so much. It also introduces my favorite character of the series: Tiffany, Charles Lee Ray's trashy, equally psychotic girlfriend (a fantastic Jennifer Tilly) who, after getting on Chucky's bad side, winds up getting a doll body of her own ("Eat your heart out, Barbie!"). Director Ronny Yu has a knack for entertaining carnage and inventive gore (which likely earned him the "Freddy vs. Jason" gig five years later). Whereas "Seed" leaned heavily toward laughs, this entry perfectly nails the sweet spot between horror and comedy. 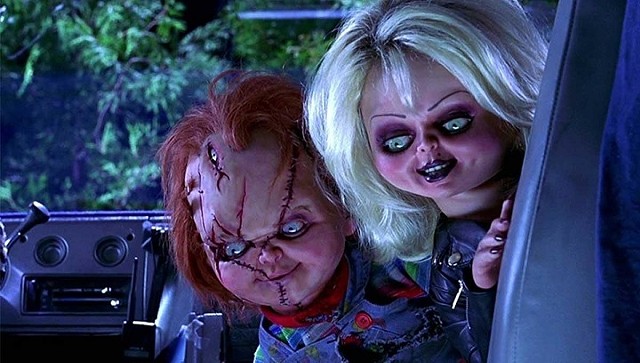