June 04, 2018
For several months, Rochester's City Council has been considering changes to the way the city handles complaints about police conduct. Activists pushing for reform want a new police review board that would have more citizen involvement, greater access to officers' personnel information, and responsibility for disciplining officers when complaints against them are found to be justified. 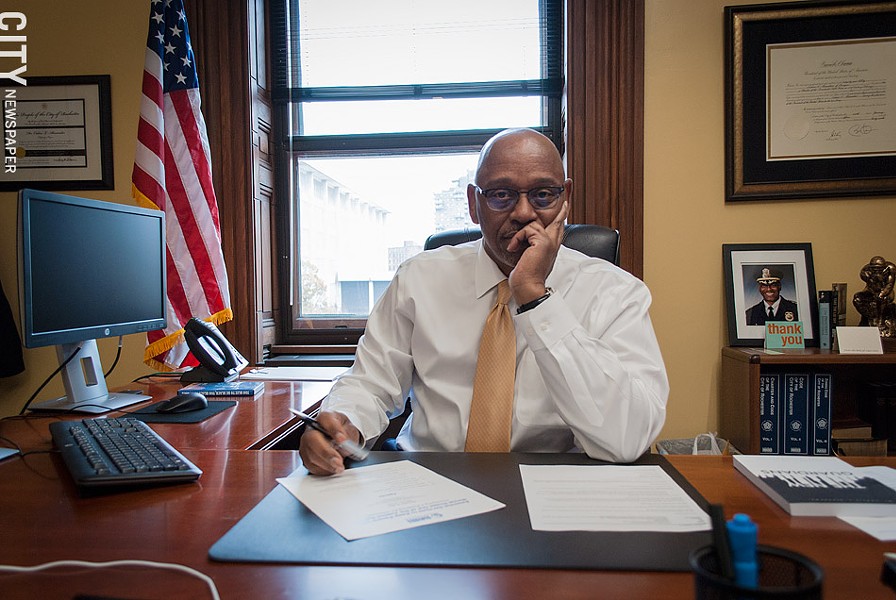 Right now, Council is waiting for a report from a consultant it hired earlier this year. At the time, Council President Loretta Scott said she hoped the report would be completed in time for Council to vote on reforms in April, but the consultant is still at work. The sticking points: state law says police officers' personnel records are confidential. And changes in oversight have to be negotiated with the police union.

Deputy Mayor Cedric Alexander – who was Rochester's police chief from 2002 to 2005 – is likely to be asked to weigh in on the issue at an upcoming event. He'll be the keynote speaker at this year's Greater Rochester Regional Police Community Relations Summit on Saturday, June 16. The event, which is sponsored by United Christian Leadership Ministry, will be held at First Church of God, 334 Clarissa Street, from 9 a.m. to 3 p.m.

Although Alexander is a nationally known figure in law enforcement, he has a difficult line to walk. It's likely that many people at the summit want strong police reform, and they may be conflicted by what Alexander has to say.

Alexander says he has no problem with police accountability boards, and he notes that their importance was highlighted by a task force appointed by President Obama in 2015 to study police practices. Alexander served on the task force, and he says he supports strong citizen participation on accountability boards.
But, he said in an interview on Sunday, reform supporters need to understand that under state law, review boards "do not have the ability to sanction or discipline.”

“I have no issues with them doing investigations,” he said. “Accountability boards do a really important job, not just for the community, but for the police department, too.”

While citizens serving on the boards have to be fair and balanced, Alexander said, police departments need to be more transparent, and they need to let review boards look into complaints and draw their own conclusions.

“From the beginning of time, it seems police have struggled to build trust in their communities,” he said. “Whether it was during Jim Crow or the Civil Rights era right up to today, this has been happening across the country for a long time.”

Rochester has some of the best trained officers anywhere, Alexander said, and part of that training involves building relationships in the community. But a single incident caught live on a cellphone camera can instantly destroy that relationship unless some level of trust has been built, he said.

But if the perception is that police have gone overboard, the divide will continue to widen, he said.
“That’s why I keep saying, it’s a partnership,” he said.