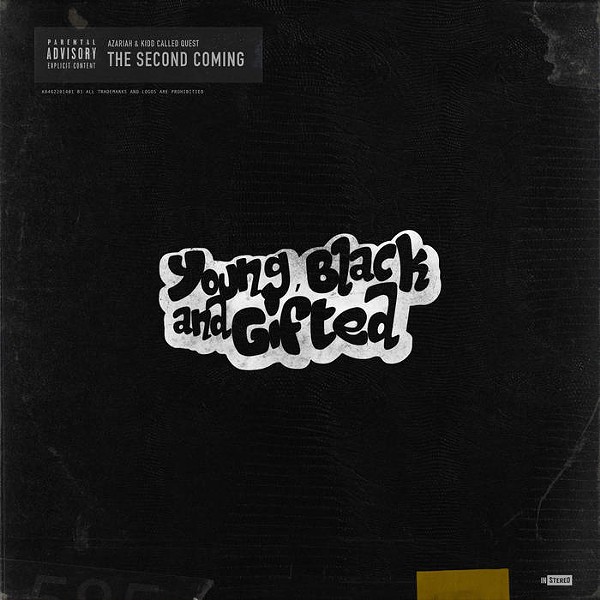 Young Black and Gifted is the more-than-formidable Rochester hip-hop duo of producer Jason Martin, a k a Kidd Called Quest, and emcee Azariah. Released on June 5 as the follow-up to 2013’s “Long Time Coming,” “The Second Coming” projects unfailing self-determination .

Kidd Called Quest’s beats are direct, streamlined, and uncluttered, characteristics that accentuate Azariah’s concise rhythms. Both artists demonstrate a similar focused savvy, keeping the musical elements uncomplicated and placing a premium on the flow of the words.


“The Second Coming” is slow to warm up, beginning with the charismatic but clichéd songs “Legendary Skill Level” and “It’s a Wrap.” They’re both fun listens, but they rely too heavily on trite and superficial swagger, belying the hard-hitting substance that abounds later on the album. It’s almost as if Azariah and Quest were concerned about initially giving the listeners more accessible, lighthearted material out of fear they wouldn’t stick around. The truth is that Young Black and Gifted didn’t have to pull those punches.

Strength in self-reliance is the dominant theme. In fact, Azariah sums up the entire 14-track collection perfectly when he raps, “Consistent and persistent, I need no assistance,” on “For the Glory.”


And when Azariah’s poetry is particularly fresh, the music sings, as on the above-mentioned song. Quest lays down a dreamy, mid-tempo groove that features an inspiring use of ethereal background vocals over only two sparking synth chords and the complete absence of a discernible bass line. Meanwhile, Azariah let loose a series of pithy couplets such as “Life’s a game, not a scrimmage/ You better eat your spinach” and “We fightin’ in the trenches/ My mind’s where my strength is.”

On “Warfare,” Azariah unflinchingly calls out the misinformation that our white-dominated society peddles about Black identity in America: “If I let ‘em they will put me in a noose, too/ You n****s lost, you let the white man confuse you/ I refuse to let them devils use you/ Y’all glued to the tube, your clock is on snooze/ They lie on the news, you can’t walk in my shoes.”


Matters take on a metaphysical level on one of the strongest tracks, “Love and Hate,” with its string-laden hook and tasty, reverb-soaked backbeat. Lyrically, Azariah uses a patented vocal delivery that is simultaneously defiant and empathic, revealing the spiritual warfare he sees in the struggle against the unending cycle of economic inequality and violence it perpetuates. “Demonic ways reign supreme in modern days, where the gettin’ paid’s same shit that get ‘em slayed.”

The album hits its stride with a trio of songs: “Milk and Honey” illuminates how poverty limits opportunity in America; “Family First” is about how having children motivates you to persevere; and “Cutthroat Game,” powered by a jazzy piano riff, is that determination in action.

The closing track “Only One Me” returns to the album’s opening tone, but ending with the penultimate song “Neva Give Up” might have driven home more strongly the brilliant Black liberation elements that make “The Second Coming” such a timely and riveting listen.