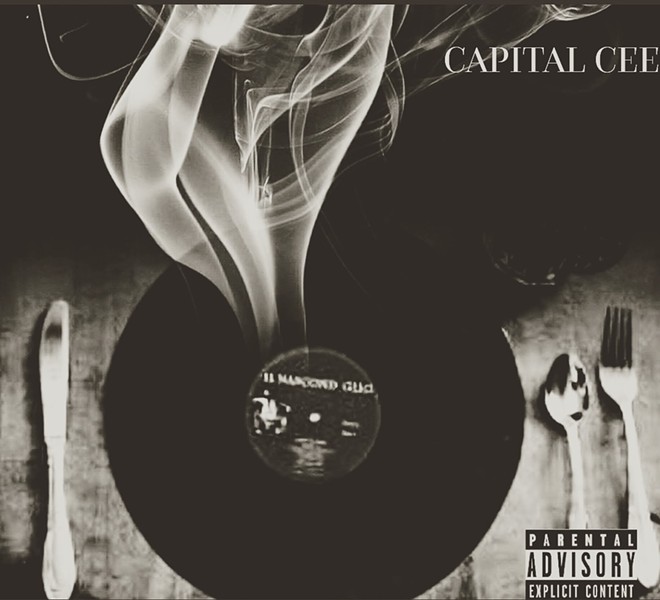 Sometimes the most enjoyable listening experiences come when the music-making sounds effortless. And if this is the standard by which an album should be measured, Rochester rapper Capital Cee’s “The Edification” is one of the more satisfying local releases I’ve heard in some time. The album, his full-length debut, was released on March 30 via Soundcloud and made available for free as promotional material.

Capital Cee spits rhymes with a rolling flow that highlights his talent for quick, tongue-twisting witticisms. While bombastic boasts are trademarks of hip-hop, the bragging found on “The Edification” is characterized by an understated, hard-won confidence. And the cleverer the crowing, the more effective it is, as Capital Cee demonstrates on “too real”: “All jokes aside, I’m startin’ to think I might be overqualified for Spotify/ Logic I provide is hard to quantify/ Go on and try, ’till your third eye has gone awry.”

Each of the 11 tracks has its own distinct, head-bobbing groove, even when contrasting lyrics point out the tragic ubiquity of violence in Rochester, as in “Flour City too (ft. Sizulcyphuz).” Capital Cee frequently emphasizes life’s fragility and the need to live wisely and in the moment, but nowhere on the album are those themes conveyed with such slick rhymes as those found on “Same Way.”

Cello Brown’s production finds the sweet spot between Capital Cee’s honest vocal delivery and Cello’s own smooth funk and jazz-infused beat-making. The sound is simultaneously laid-back and serious in its immediacy. With a sophisticated language akin to the instrumental hip-hop of Wax Tailor, the arrangements on “The Edification” are rich with abstract hooks woven together to form a swirling sonic tapestry. The lyrics are  grounded  in gritty reality, while the music provides a chill respite.


Daniel J. Kushner is CITY’s music editor. He can be reached at dkushner@rochester-citynews.com.