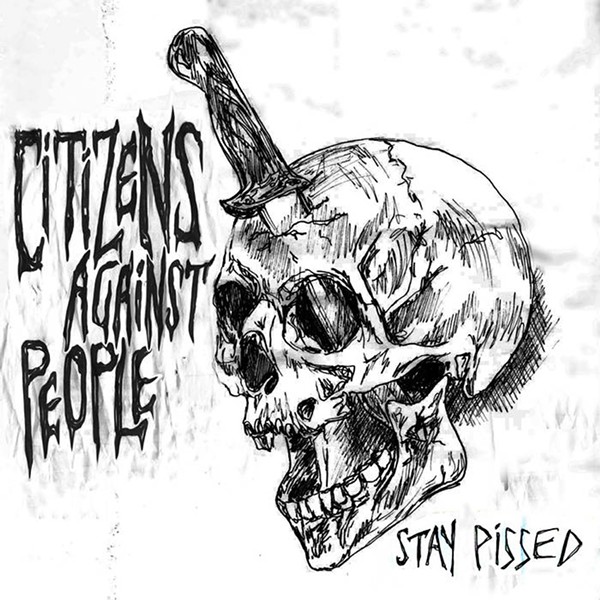 "Stay Pissed" is a 10-song, thrill-a-minute, guitar-driven, head-banging, hardcore harangue. The album exhibits a band that has a capable choke-hold on its music and dynamics.

Rochester quartet Citizens Against People offers a cohesive, abrasive, well-varied take on the hardcore genre without losing its own identity. There are 10 songs and 10 different sounds and grooves, but overall it's fast and tight, tempo-wise, adding to the vocal urgency hovering up top. Speaking of the vocals: You can make them out loud and clear, which is cool when the band digs into its righteous political anger and call to action.

Citizens Against People is a no bullshit band. With a good number of acts crowding this phylum, there's often a weak link in the chain: a wandering tempo, lack of tuning, lack of skill that somehow becomes associated with a band. But not here, Jack; this is one fine record from a rockin' band. I really need to see them live. Now.