by By RON NETSKY 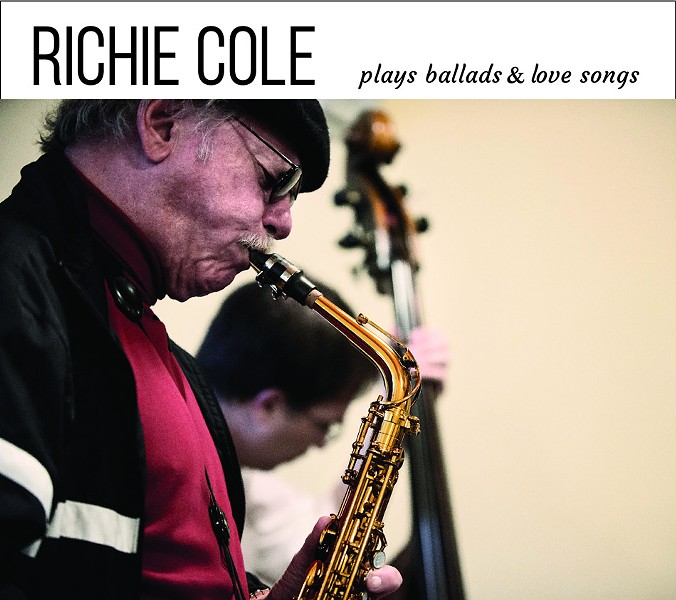 There's a tradition among jazz saxophonists: in the midst of a career of furious soloing, slow down and release an album of ballads. John Coltrane, Sonny Rollins, and many others have set the pace; now Richie Cole has joined them with "Plays Ballads & Love Songs." Over a five-decade career, Cole paid his dues in major big bands, and played with artists like Sonny Stitt, Freddie Hubbard, Art Pepper, and Nancy Wilson. He's released more than 50 albums as a leader, but this is the first devoted to ballads.

Cole weaves his alto gorgeously over, under, and around the melodies of classics like Richard Rodgers' "Bewitched, Bothered and Bewildered," Burt Bacharach's "Alfie," and Tommy Wolf's "Spring Can Really Hang You Up The Most." Cole's quartet may not be as well-known, but bassist Mark Perna and drummer Vince Taglieri provide solid support. Guitarist Eric Susoeff wastes no time in proving he's worthy of more attention, soloing forcefully on the first tune. He goes on to be the second star here, taking adventurous flights throughout.