ALBUM REVIEW: "Out & About" 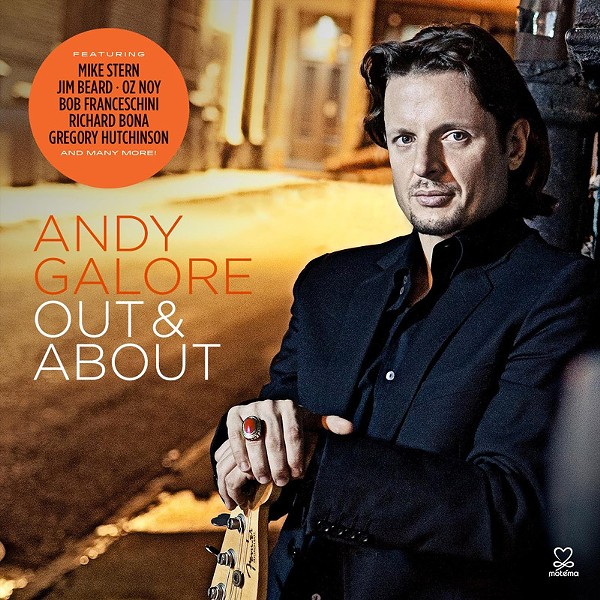 The jazz world has no shortage of cerebral and experimental albums to ponder, but sometimes you just want a great groove and catchy melodies. "Out & About," the new CD by veteran electric bassist Andy Galore delivers brilliantly on both counts. And it does so with a star-studded cast of players including guitarists Mike Stern and Oz Noy, saxophonist Joel Frahm, keyboardist Jason Lindner, and too many others to mention.

The album ranges from crisp new takes on classics like Miles Davis and Robert Lee Irving's "Robot 415" and Eddie Harris' "Freedom Jazz Dance" to funky arrangements of Galore originals like "23rd Street Blues" and "Fingerprints." On both of those tunes, Galore struts his stuff in tuneful bass solos. And on both, Stern is the second star, bringing his unhinged rock-oriented style to the table. Noy, the other extraordinary guitarist here, is especially strong on Charles Mingus' "Goodbye Pork Pie Hat" and Galore's "Chicken & Scotch." Galore's bass (along with great drumming by Gregory Hutchinson and others) drives every tune, but it's his arrangements, with their odd time signatures and unpredictable harmonies, that steal the show. Every tune on the album is an absolute joy to listen to.