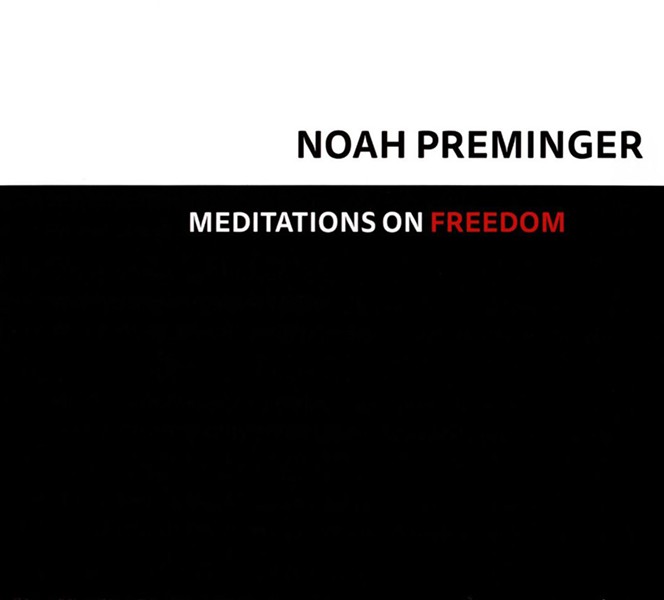 Many people had strong reactions to the recent presidential election. The response of one of the nation's top young saxophonist's comes in the form of music. Noah Preminger's "Meditations on Freedom" is a collection of tunes that evoke and react to the current political climate in the United States. The album is a burst of energy, some of it angry, some plaintive, and some, in a way, hopeful. In this musical statement, Preminger's nicely agitated playing is strongly supported by Jason Palmer on trumpet; Kim Cass, bass; and Ian Froman, drums.

Four of the album's tracks re-invent songs that have sought to communicate ideas of freedom, peace, and equality. Sam Cooke's "A Change Is Gonna Come" and George Harrison's "Give Me Love (Give Me Peace on Earth)" are anchored to their original melodies while Bob Dylan's "Only a Pawn in their Game" and Bruce Hornsby's "Just the Way It Is" are treated more abstractly. The titles of Preminger's originals reflect concerns about the environment, civil rights, women's rights, poverty, and war. Interpreting these issues with music is challenging, but there is no question about the profound feeling of unease permeating this album.