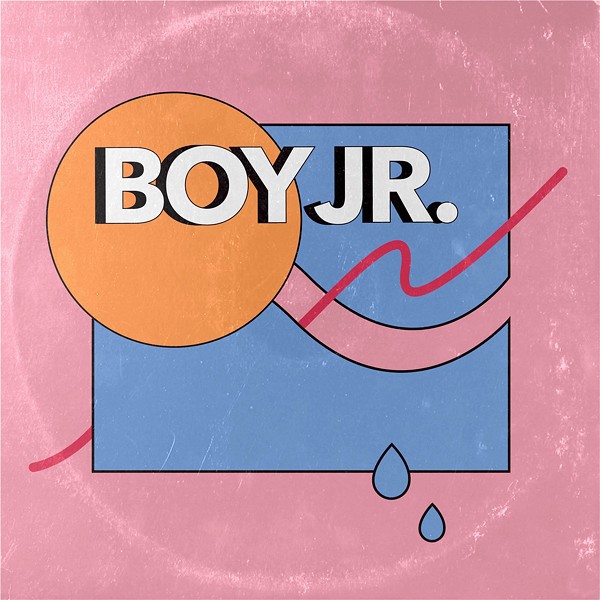 There's something infectious about Boy Jr: One-woman band Erica Allen-Lubman is all style, with no aimless filler. She has been making her mark on the Rochester music scene for over four years, and has recently released two singles that complement each other like salty and sweet.

The first single "It's Enough," released this past November, is a driving, gnarled opus with riffs for days and vocal hooks for weeks. Verging on punk with all the shimmering glamour of 80's dream-pop, Allen-Lubman seems confident in many styles, and unafraid to stray from one into the other. The vocals - reminiscent of the great Chrissie Hynde of The Pretenders- snarl and warble around syncopated drum machine beats and angular guitars.

Released a month later, the second single "Anyway" was one of the first songs ever written by Boy Jr. In contrast to "It's Enough," "Anyway" is more simple and straight from the shoulder. The song is coated in syrupy nostalgia, reinforced by tried-and-true themes of young love and yearning. Hooky guitars stick to Allen-Lubman's voice with ease, making "Anyway" very different from - and somehow the perfect reflector to - its predecessor.