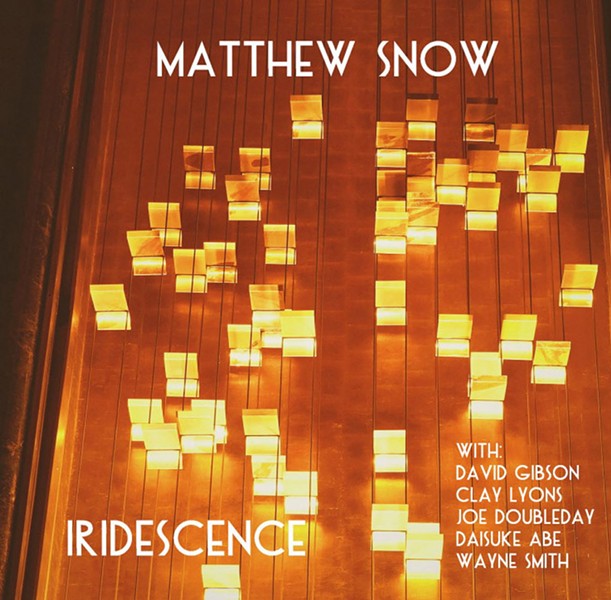 Bassists are often thought of as supporting players in jazz ensembles. And on bassist Matthew Snow's debut album, "Iridescence," Snow takes only one brief solo. He's a superb musician, but the album primarily serves as a showcase for Snow's formidable skills as a composer and arranger. While his compositions recall jazz standards from the golden age of the 1950s, Snow's arrangements are unfailingly contemporary. The voicings of his harmonies, employing a somewhat unusual combination of instruments — trombone, saxophone, vibes and guitar — are especially fresh.

Joining Snow in the rhythm section is the subtle drummer Wayne Smith. Alto saxophonist Clay Lyon and vibraphonist Joe Doubleday take no shortage of fine solos, but the two other stars of this album are trombonist David Gibson and guitarist Daisuke Abe. Gibson, who got his master's degree at the Eastman School of Music, plays several gorgeous and melodic solos, while Abe's legato runs are a perfect fit throughout.