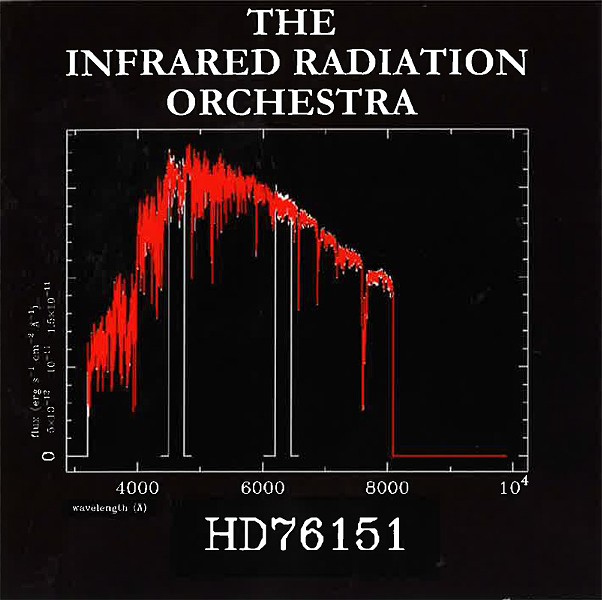 The Infrared Radiation Orchestra's guitarist, Kim Draheim, is a guitar-slingin' encyclopedia; I guess you could say he plays a Wikicaster. I've been in awe of this guy's playing style since the Snake Sisters Café days with his band Static Cling.

Although the rare covers and influenced originals this three-piece band from Seneca Falls is known for are impressive to any record collector, the band's live show is quite a rock 'n' roll spectacle. The material on "HD76151" builds its layout much like the band does with a psychedelic component woven throughout.

"Oblivia" sounds like a forgotten Hendrix riff, and "Dolly Dagger" actually is one (and one of my favorites, too). "Always Ever Staring" is a Scorgie's era (sigh) punk rock four-on-the-floor road burner. This album captures the cross section of this band's power and talent it is known for live.