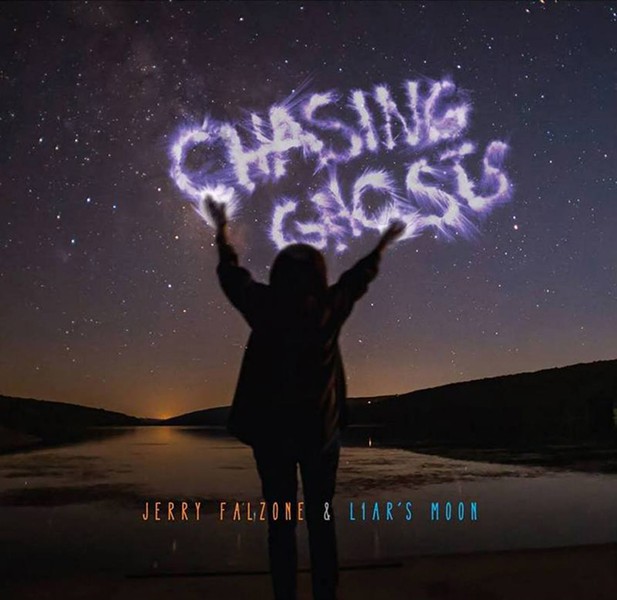 It's the rapid deployment of all the instruments in this heady CD's opening cut that expertly sets up "Chasing Ghosts." The latest by Jerry Falzone & Liar's Moon, "Chasing Ghosts" is a fine outing with a keen power-pop sensibility. Falzone stands like the king of the singer-songwriter mountain on this 12-song mound of sound with intentional tips of the hat to Crosby, Stills & Nash and The Beatles.

The songs on this record are worked up — but not over-worked — impressively within their structure, even with the copious talent found at Falzone's disposal, so the aforementioned influences are a little clearer and a little more deliberate. You'll still want to digest each track in the order they are served to catch hold of the artist's narrative. The use of reverb throughout adds to the rock 'n' roll bigness, although the band doesn't overdo that either; everything just cruises steady and sweet. The guitars flex throughout without stampeding the album's mid-tempo drive and lush harmonious layers, bringing the stories to life.