After courting artists, Bello doubles down on funding the arts 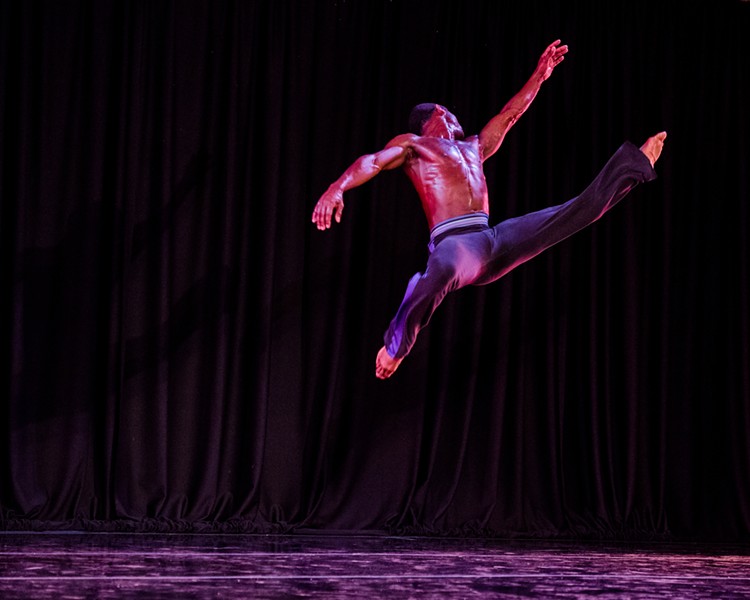 PHOTO BY JOSH SAUNDERS A dancer with Garth Fagan Dance during a 2018 performance which included "In Memoriam" and excerpts from "The North Star."
Monroe County Executive Adam Bello on Thursday proposed a budget for the upcoming year that doubles down on public funding for small arts and cultural organizations.

His $1.34 billion spending plan allots $1 million for what the county calls “mid-sized” arts and cultural groups, those with annual operating budgets of between $100,000 and $1.5 million.

The allotment doubles the amount that was set aside for those groups in 2022, and dwarfs the $45,000 that previous county administrations had offered mid-sized arts and cultural organizations annually for decades.

“A healthy arts community is something employers look for when they’re scoping out new sites for expansion of new investments,” Bello said in unveiling his budget in downtown Rochester.

Public funding for the arts and culture has been a focus for Bello, who courted the arts community hard during his campaign in 2019.

He met with heads of big institutions and bit players on the campaign trail, often telling them what they already knew and wanted to hear: that Monroe County lagged behind its peers in public support for arts and culture.

“A city our size, our investments in art are well below the per capita numbers of our peer counties,” Bello told an audience of artists at the Rochester Contemporary Art Center in October 2019 to applause.

A year later, however, the first budget he proposed as county executive mirrored the arts funding pattern of his predecessors, much to the consternation of arts leaders who had expected more and whose groups were reeling from the economic effects of the pandemic.

A CITY investigative report in early 2021 put a spotlight on the matter, showing far greater and more diverse investment in the arts in places like Erie and Onondaga counties than in Monroe.

The county purse strings loosened last year, and now — as Bello prepares to enter another election year — what is being offered to mid-sized arts and cultural organizations is at a historic high.

In his remarks, Bello appeared to attempt to dismiss any notion that he was pandering to arts groups with an eye toward reelection, suggesting such increases in funding were always in the works.

“Under prior budgets, I’ve consistently expanded county funding for our small and mid-sized arts groups — 2023 is no different,” he said.

RELATED: County poised to pony up for public arts funding

But it is different.

In addition to more public funding for mid-sized arts groups, the administration’s spending plan sets aside line-item grants of $60,000 apiece for three organizations — Avenue Blackbox Theatre, Garth Fagan Dance, and The Hochstein School. It also proposes allocating $200,000 in “community festival support,” something that has been absent in previous budgets.

The budget document explained that hotel tax revenue, from which funding for arts and cultural organizations is derived, is projected to be significantly higher this year than last.

Reenah Golden, the founder and chief executive at Avenue Blackbox Theatre, welcomed the new grant for her organization. She said administration officials told her group and the two others that received $60,000 that they could expect the same amount in each of the next two years.

“We hope that also continues because this is what we need as small, grassroots, on the ground doing this work,” Golden said. “You need a commitment, a commitment and an investment that looks like something you can depend on so you can start to create jobs and have some stability in an organization.”

David  Andreatta is CITY's editor. He can be reached at dandreatta@wxxi.org.