Opened in 1923 at the corner of Monroe Avenue and Dartmouth Street, it has over the decades helped make men and women of boys and girls, hosted post-war sock-dances, weathered the construction of an interstate highway in its backyard, and housed community meetings.

All of that came to an end Friday, when YMCA officials announced that the branch would close and be transferred for nominal fee of $1 to the Center for Youth, a burgeoning advocacy group for young people that has outgrown its Monroe Avenue home a few blocks east on the other side of Interstate 490. 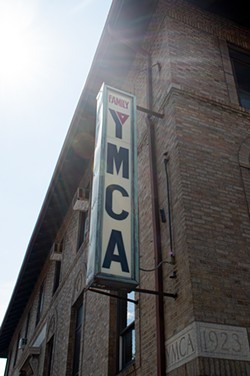 George Romell, president of the YMCA of Greater Rochester, said at a news conference that severe financial setbacks caused by the novel coronavirus pandemic and dwindling membership at the branch prior to the outbreak made sustaining the branch unfeasible.

"There is never a good time to close a chapter in our history," Romell said. "Being able to transition this building to another vital community nonprofit ensures its legacy within the city. That is the Y's mission at work: supporting community for all any way possible, even if that means we step aside."

The branch was not the only one to close. Romell announced that the Victor Active Family Center would also not reopen. He said that workers at the two branches would have jobs at other branches and that members could use their memberships at any other YMCA facility in the area.

He spoke to reporters from the branch's tiny gymnasium — the only YMCA gymnasium in the Rochester area without air-conditioning — as the sound of highway traffic roared through the open windows intended to keep the place cool. Overhead, a narrow sloped running track ringed the perimeter. A sign indicated that 32 laps equaled a mile.

Elaine Spaull, the executive director of the Center for Youth, praised the YMCA for its generosity and commitment to the youth of the city, noting that the organization could have sold the building.

"They could have gotten a half-millions dollars for it," Spaull said. "Their decision was to gift it. This is a donation." Spaull said the YMCA space would supplement the Center for Youth's longtime home down the street and that she hoped to move some operations to the building by as early as September. She said she envisioned the center's New Beginnings Academy for teenage boys, work initiatives, and administrative functions moving into the building.

The news did not come as a surprise to many YMCA members. Speculation that the branch, which like other branches has been closed since the outbreak, would not reopen had been swirling for months.

Last week, the YMCA posted an ominous statement on the branch's Facebook page last week saying that the pandemic had resulted in "multiple unanticipated consequences" that forced the organization to "examine all operations." The statement read that more would be shared by the end of the month.

In explaining the situation, Romell said that it was costing the YMCA $872 a month per member of the Monroe Family branch to subsidize the operation through the pandemic. He said that was more than double other branches.

He added that more than half of the branches members bypass the branch for other YMCAs, and that even before the outbreak, the branch had about 100 people a day use its facilities. 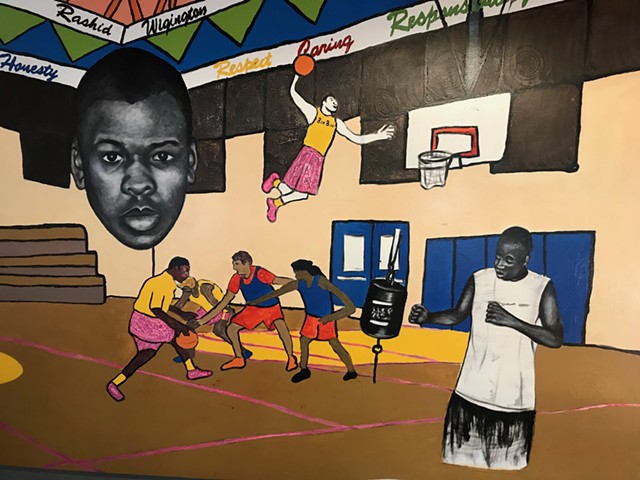 Still, word that the Monroe Family branch was shuttering for good was greeted by regulars with sadness and disappointment.

Maxine Manjos, a retiree who takes yoga and fitness classes at the branch, said she has depended on the YMCA for socialization.

"This is huge for me," Manjos said. "It’s so much a part of our community. They’ve been a glue."

Christopher Brown, another retiree and regular, attributed his good health to the branch.

"I really did appreciate having them around," Brown said. "For me, I feel blessed to live here. It appreciates the neighborhood in a serious way. I love the place, the people in it and the facilities."