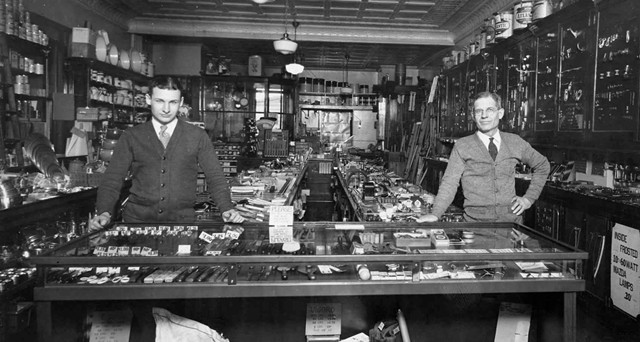 As they walked through the door of Wilson Hardware, customers were greeted with the smell of metal oil as they climbed a narrow staircase to the charmingly cramped interior of the store, with its slightly disheveled collection of shelves that held a stockpile of screws and nails, clamps and clasps, and every other essential for eager and not-so-eager DIY-ers.

“It was not just a neighborhood store, it was a whole bunch of family that helped me with every single project I needed to do in my house,” said Jay Stetzer, a resident of the neighborhood since 1970. “If I had an issue or a question or needed to learn a skill, they were the place to go.”

Such was the way of the small, family-owned business which sat at the intersection of Monroe Avenue and Canterbury since 1916. Now, after more than 100 years of family ownership, Wilson is shutting its doors for good.

Wilson Hardware had faced the same challenges as most American small businesses confronted by the onslaught of the big box store. In normal times, the store struggled to keep up with the Lowe’s and Home Depots of the world, and the COVID-19 public health crisis proved too much to weather, as sales were halved and the ability to operate became more and more burdensome. 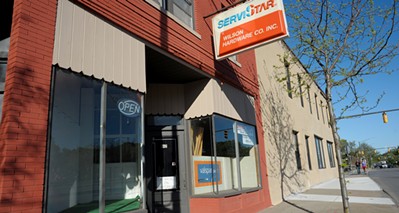 “The way our store is set up, it’s just impossible to have social distancing,” Aurand said. “Curbside pickup isn’t an option for us either, at least not financially. How would that even work? If someone asks for a bolt, and we say what size, are we supposed to bring every single option out?”

The pandemic has delivered a crippling blow to small business owners around the country. A third of respondents to a U.S. Chamber of Commerce survey this month reported shuttering their businesses, at least temporarily, as a result of the virus. A fifth reported being two months from permanent closure if current conditions persist.

Those closures, in many cases, mark the end of an era for neighborhoods. Wilson Hardware was founded by brothers Matthew and William Wilson in 1916, natives of Rochester who set out to peddle tools and supplies to the growing neighborhood. Its storefront on 812 Monroe Avenue remained relatively unchanged by the march of time. In 1995, Wilson Hardware, then under its third generation owner Sue Aurand — Dave’s mother and the daughter of Don Ross, the former owner and son in-law of co-founder William Wilson — posted an ad in the Democrat & Chronicle.

“You need a hardware store, and you need it fast. And you’d like some knowledgeable advice on a do-it-yourself project. Too much to ask?” the ad reads. “Not at Wilson Hardware.”

For longtime customers, the service Wilson Hardware offered went well beyond just simple advice. Stetzer reminisced about a particular instance when he needed a long monkey wrench to fix a radiator, a tool that if he bought himself, likely would have gathered dust after it fulfilled its first task.

“I thought ‘aw, jeez, how often will I ever need that?’” Stetzer said. “They said, ‘No, no, no, I’ll lend you mine.’ They took one off the shelf and said ‘bring it back when you’re done.’ It was that kind of store.”

It was the sort of place that drew resident Jason Haremza to the Monroe Avenue neighborhood 16 years ago. Haremza said Wilson Hardware, and shops like it, are what give neighborhoods a sense of community.

“I moved in in 2004 and bought my first lawn mower there,” Haremza said. “It was close enough where I could just push it home from the local hardware store, it was fantastic. I’d take it back to get the blades sharpened, it was a real asset to have there.”

At the same time, Haremza acknowledged the allure of big box stores

“It’s just so easy to hop into your car and go to Mayer, or Home Depot, or Lowe’s,” Haremza said. “I feel guilty for not going more now, but this is just an example of a trend of something that’s been happening in retail for a long time. COVID is just going to accelerate this.”

Aurand said a group of neighbors gave a final show of support last Saturday by stopping by the shop and making some final purchases. It was a bittersweet moment.

“I’m grateful that people at least showed how much they cared and appreciated us, but you know, it obviously wasn’t enough,” Aurand said.

Aurand said he wasn’t alone, stating he spoke with a slew of other local business owners who are currently teetering on collapse. He worried that there’s little room for the kind of service that serves groups of neighbors and operates mostly on a first-name basis in a changing world.

“People keep asking when the ‘new normal’ will start,” Aurand said. “Well, this is the new normal. We’re going to see a lot more of this.”

In response to a post on the “Rochester Urbanists” Facebook page regarding Wilson Hardware’s closure, Mayor of the Village of Pittsford Robert Corby offered a similar sentiment.

“Another casualty of a terrible trend,” Corby wrote.

Shutting the doors was not a simple choice, Aurand said. Ultimately, it meant a chapter of Rochester history which had endured the rise and fall of the city’s heyday, two World Wars, and 18 presidents, had been closed.