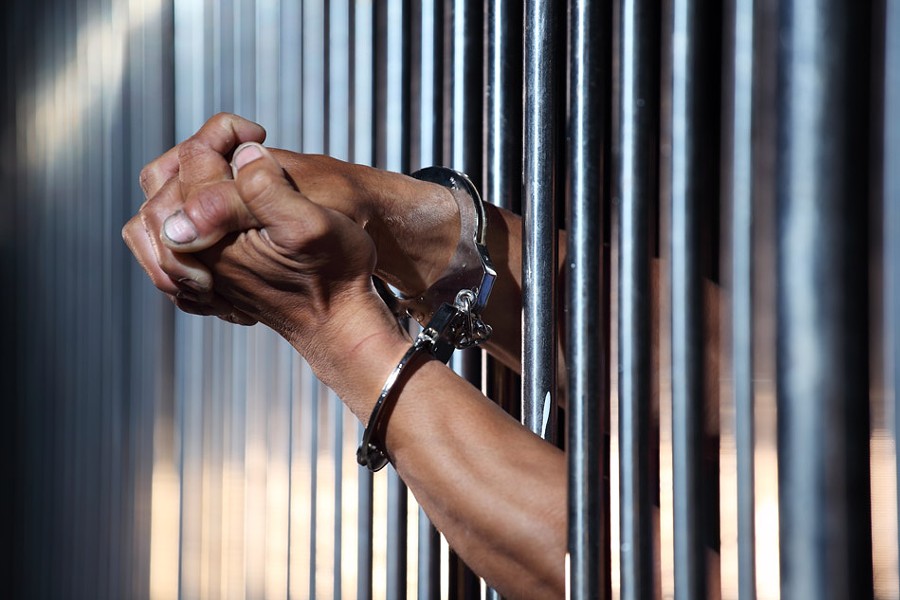 XXXX New York is one of only two states that treat 16- and 17-year-olds charged with crimes as adults.

Jerry Ingram's life could have unfolded differently than it has.

When he was 17, he and his cousin were arrested in front of their Broward County, Florida, apartment and were hit with drug possession and distribution charges, Ingram says. And since there was a school nearby, the charges carried extra weight.

Ingram ultimately received a sentence of probation, but his cousin received a harsher penalty.

"I was fortunate," Ingram says. "I had a different judge than he had. I was given a second chance, where he was sentenced to three years in prison because of the school."

Ingram says he believes their sentences affected their paths in life; and a growing body of rigorous social and scientific research says he's probably right.

Ingram, who is now 41, went to theological school and is a youth minister with First Unitarian Church of Rochester, a mentor to at-risk teen boys from the city, and a father of eight. His cousin, on the other hand, has been in and out of prison for much of his life, he says. They are the same age.

Ingram is a member of Roc/ACTS, a coalition of urban and suburban congregations that's currently urging Rochester-area state lawmakers to support a Raise the Age proposal in Governor Andrew Cuomo's 2017-18 budget. The plan would make long-overdue changes to the way New York treats 16- and 17-year-olds charged with nonviolent crimes, Roc/ACTS members say.

Here's the problem Cuomo's trying to fix: New York, by default, treats all 16- and 17-year-olds charged with crimes as adults. In Monroe County, 772 youths age 16 and 17 were arrested in 2016. All were initially routed through the adult system, though only a fraction were convicted and sentenced as adults, according to state Department of Criminal Justice Services stats. Many of the others had their cases diverted or were sentenced as youthful offenders.

Under Cuomo's proposal, 16- and 17-year-olds who commit nonviolent offenses would enter the juvenile justice system instead. Cases involving violent offenders would still be handled by criminal courts, though Cuomo wants specially trained judges to oversee them.

The proposal also provides for all adolescent offenders to have access to rehabilitative services, and it would ensure that if they're incarcerated, they're placed in either juvenile facilities or a specialized prison without adult convicts.

Whether the proposal becomes law, however, may come down to its costs, which is what Senate Republican leaders have voiced concerns about.

Raise the Age advocates say Cuomo's proposal provides a fairer approach, one that's better for both the youth and the communities they'll inevitably return to. Most 16- and 17-year-old offenders aren't charged with violent crimes, and they're at a point where they can turn their lives around, they say.

"Many problems have no clear or proven solution, but this one does," Cuomo said in a statement last week. "By raising the age, we can ensure that juveniles receive the intervention and rehabilitation they need to break the vicious cycle of recidivism and increase public safety for all New Yorkers."

Mountains of research tell us that the teen years are a time of profound brain and behavioral development.

In plain language, that means teens are still maturing. They often act on impulse and without much consideration for long-term consequences. They're also malleable, which means that when they get into trouble, they often respond well to the rehabilitative services and treatments that form the core of the juvenile justice system. This is why Raise the Age advocates say adolescent offenders require a different approach than adults.

"When you put kids in an environment with adult criminals, they have to fit in," says Dr. Henry Cretella, a child psychiatrist, Sufi Order of Rochester leader, and Roc/ACTS member. "They're hard-wired to do that. And then they learn these things. It's like if you want a training ground for criminals, that's what you do."

Roughly 80 percent of people who spend part of their teens in adult jails and prisons reoffend, according to a fact sheet from the statewide Raise the Age campaign. About 34 percent go on to commit serious, violent crimes, it says.

Teens in adult prisons are also far more likely to commit suicide than teens in juvenile facilities, and they're at greater risk of violence and sexual assault.

Jon Greenbaum, lead organizer for Roc/ACTS, draws a parallel between the adolescent offender disparity and attitudes about heroin users. As heroin use began to impact young, white suburbanites, society stopped looking at the problem as a moral failure and started treating it as an epidemic.

"We had a racial double standard about heroin use, and we've had the same thing about youth incarceration," he says. "If 70 or 80 percent of the kids were white suburbanites, would we have ever allowed this horrible, crazy, ineffective system to continue? Obviously not."

Cuomo has asked state lawmakers to pass Raise the Age legislation each session for the past few years. And each year, Senate Republicans prove to be the stumbling block.

The governor included a Raise the Age measure in his budget proposal this year to gain some leverage in negotiations. The Assembly has already passed a bill and would likely support Cuomo's plan. The State Senate's influential Independent Democratic Conference supports it, too.

The Senate GOP, however, is again expressing reservations. Republican Senator Rich Funke's position, which he explained in a statement, is shared by other members of his conference

Funke says he doesn't oppose the idea behind Cuomo's proposal, but says "the devil will be in the details." He has questions about the proposal's effect on court dockets, how facilities will be built or expanded, and how the state will cover long-term operating costs. He also worries that the state will push costs onto local governments.

"All of these questions and more need to be answered with clear, compelling solutions before it earns my support," Funke says in his statement outlining his position.

The state budget deadline is March 31, and as that date approaches, debates around Raise the Age will intensify. The themes Funke touches on will come up again and again.

But the states that have already made the switch haven't found costs to be an issue. And New York has already taken steps to develop a facility for many of the youths under 18 in the state prison system.

"I drool at the level of detail that's in this program," says Cretella, who early in his career pushed to get an acute child psychiatric center in Rochester. It's a work in progress, and some adjustments would have to be made once the reforms are in place.