August 06, 2018
Abortion has been legal in New York since 1970, three years before the Supreme Court legalized abortion nationwide through its decision in Roe v. Wade.

But when New York liberalized its abortion laws, it kept them in the state's penal code. Women are allowed to get abortions, and physicians are allowed to perform them, but the provisions that permit the procedure are written as exceptions to homicide laws. For years, reproductive-rights advocates and some state lawmakers have argued that the laws send the wrong message to abortion providers and, in some instances, they conflict with the rights specified in Roe. 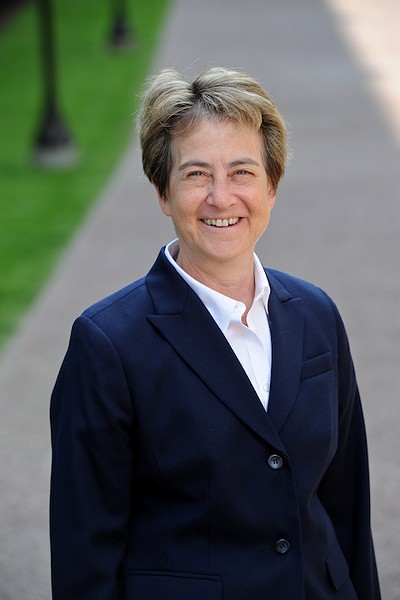 That’s where the Reproductive Health Act comes into play. Democratic legislators in the Assembly and Senate drafted the legislation to modernize New York’s abortion laws and to move the statues from the penal code into public health law.

“Abortion is not a crime” says Deborah Glick, the Assembly member from New York City who sponsors the act. "It is a medical procedure."

The Democratic-controlled Assembly has passed the legislation six times, but the Republican controlled Senate has never voted on it. Now the bill’s supporters see increased urgency for the Senate to hold a vote.

Supreme Court Justice Anthony Kennedy, who has sided with the majority on some crucial decisions upholding abortion rights, is retiring. The court is going to tilt more conservative, and many people expect it’ll be hostile to abortion rights. Several cases working their way through lower courts would provide the court with the opportunity to weaken or overturn Roe v. Wade.

The legislature needs to pass the Reproductive Health Act now, its supporters say, so that the state is prepared if the Supreme Court kicks the question of abortion’s legality back to the states.

But New York’s legislative session ended in June, which is why Governor Andrew Cuomo, Democratic lawmakers, and reproductive rights advocacy groups have been publicly pressing the Senate’s Republican leadership to call senators back to Albany for a vote on the act.

Senate Republican leaders are resisting those calls. Senate Majority Leader John Flanagan, a Long Island Republican, has said the Reproductive Health Act goes far beyond the rights established in Roe v. Wade and that there’s little support for the legislation in his conference.

Senator Joe Robach echoes Flanagan. Robach, a Republican, wasn’t available for an interview, but in a statement sent by his office he says that “New York’s protections go above Roe v. Wade” and that he has historically supported a bill sponsored by Republican Senator John Bonacic, which would require health insurance providers to cover and fully pay for all FDA-approved forms of contraception.

Senator Rich Funke’s office didn’t respond to a request for an interview or a statement on his positions regarding the special session and the Reproductive Health Act. But the senator has previously opposed similar legislation.

New York’s abortion laws do not go beyond the rights established by Roe v. Wade. In fact, they match up on paper except for the provisions around the third trimester, where state law is more strict than Roe v. Wade allows.

The court’s 1973 decision said that states must allow women and their physicians to terminate pregnancies during the first two trimesters – 24 weeks – for any reason. In the second trimester, states can impose restrictions on abortion procedures, but only in the interest of preserving maternal health. New York’s law allows women to have abortions during the first 24 weeks of a pregnancy for any reason.

Under Roe, states are permitted to restrict abortions in the third trimester, but they have to allow abortions when women’s life or health is at risk. The New York statute provides for an exception only when a woman’s life is at risk. A physician who breaks the law could face a low-level felony charge.

Physicians and hospitals have responded to the conflict by not offering the care, says Danielle Castaldi-Micca, director of governmental and political affairs for the National Institute for Reproductive Health, an advocacy organization focused on New York and nearby states.

So women who are having health problems in their third trimester, or who are carrying a fetus that isn’t viable, are forced to go to Colorado, New Mexico, or Maryland to have abortions, she says. That places extra cost and health burdens on the women, she says.

The Reproductive Health Act would clear up the third trimester discrepancy, Castaldi-Micca says.

Supporters of the Reproductive Health Act also say it would also bring the state’s laws in line with present-day medicine.

The laws that are on the books specify that abortions must be performed by or induced under the guidance of licensed physicians. They were written before the emergence of advanced-practice clinicians such as nurse practitioners, nurse midwives, and physician’s assistants, say advocates. And they predate the development and legalization of the abortion medication mifepristone, which can be used during the first 10 weeks of a pregnancy and are now a routine form of abortion care.

The act would allow these practitioners to provide non-surgical abortion care, as long as they are appropriately trained and acting within the legal scope of their licenses, Glick says.

Castaldi-Micca says that change could improve access to abortion care, especially in underserved areas of the state.

The Senate could vote on the Reproductive Health Act any time before December 31 and it would head to the governor, since the Assembly already passed it. The legislation will certainly be an issue as campaign season ramps up; all seats in the Senate and Assembly are up this year.

Robach’s opponent, Democrat Jeremy Cooney, says on his website that he wants to preserve access to safe and legal abortion. Funke’s opponent, Penfield Democrat Jen Lunsford, supports the Reproductive Health Act and has sharply criticized Funke for his opposition and for his “animosity toward Roe v. Wade.”

Glick says anyone who supports the legislation and who is represented by a Republican Senator should let their representatives know they want them to support the Reproductive Health Act. And she encourages anyone who doesn’t live in a Republican-held district to get involved with any of the advocacy groups pushing for the law, which will provide an opportunity to advocate on behalf of the act.

That’s the best way for citizens to convey the importance of and urgency around modernizing the state’s abortion laws, which should have happened already, Glick says.

“It’s been urgent for some years,” Glick says.