Adrian Hale is the man the mayor thinks wants her job 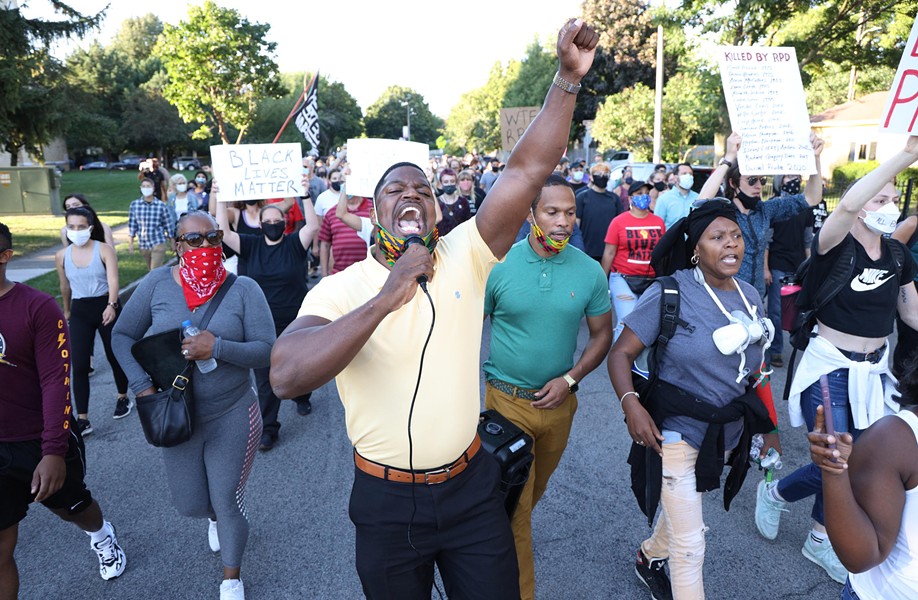 She called the allegations, which a month later would become felony charges against her, a “political witch hunt” and urged reporters to look into who was behind them — besides investigators for the state Board of Elections and the Monroe County district attorney.

“We are talking about something that happened, or alleged to happen, four years ago, and now, all of a sudden now, it’s coming to fruition right before I get ready to run for re-election?” Warren said. “Ask yourself who’s running against me and who are they tied to.”

She was talking about Adrian Hale, a 31-year-old Greater Rochester Chamber of Commerce executive with a pedigree that has political kingmakers salivating. Who he’s “tied to” is Bob Duffy, the chamber’s president and the former lieutenant governor and mayor, whose successor Warren upset in an against-all-odds Democratic mayoral primary seven years ago.

Hale has not publicly declared a candidacy. No one has filed the required paperwork to create a campaign committee, usually the first step to launching a run. So, does Hale have plans to run for mayor?

“Not right now I don’t,” Hale replied, like every ambitious person ever who either had no plans to run for office or planned to run but wasn’t ready to reveal that to a reporter sniffing around.

“That’s a big question and it’s a major undertaking and I think the undertaking just became a lot bigger with recent events,” he said. “That’s a question that myself and many other leaders . . . have to ask ourselves. 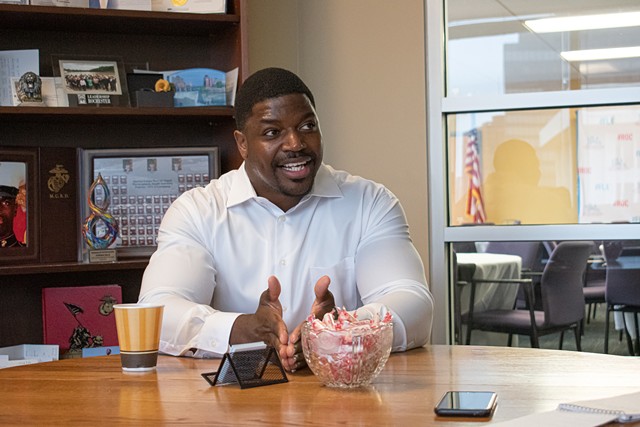 He spoke from his fourth-floor office at the Chamber of Commerce on State Street that looked south onto the Romanesque spires of City Hall, which a couple days later would be under siege by demonstrators, many of whom Hale had led through the streets a week earlier.

When it comes to the checklist of universal traits of successful politicians, Hale checks all the boxes. He conveys confidence, charisma, and relatability, and has an almost mythical backstory. It is as though he were manufactured on some sort of perfect-politician assembly line.

Hale grew up poor the youngest of four children to a single mother on some of Rochester’s toughest streets — Avenue D, Conkey Avenue, First Street — with a father who was in an out of jail and in and out of his life when he wasn’t locked up.

A physically imposing figure who is broad in the shoulders and narrow at the hip, Hale had childhood dreams of becoming an Olympian — he ran track and speed-skated — but enlisted in the Marine Corps after being moved by, of all things, watching “Fahrenheit 9/11,” Michael Moore’s muckraking polemic of the use and abuse of power.

“I’m sure Michael Moore didn’t make that movie to get people to enlist,” Hale said with a laugh. “But my initial reaction was wanting to do something about the level of pain and hardship I saw.”

Over five years of active duty, he did two tours in Afghanistan with a helicopter combat support unit, mostly delivering material aid and food to Afghans in Helmand Province.

“I’m on these missions thinking I never saw this kind of effort in my neighborhood,” Hale said. “I never saw this kind of outreach and intentionality and making sure my peers had opportunity or were being deterred from becoming young parents or joining a gang or getting involved in a shadow economy or being pushed out of school.”

Hale uses words like “intentionality” and “intersectionality” and “concretize” like they’re part of everyone’s lexicon, but somehow manages to do so without sounding pedantic.

He picked up that skill at Yale University, where he used the G.I. Bill to earn a degree in political science with a focus in police accountability and urban education reform — as though the assembly line prepared him to take on the dual ills of Rochester in 2021.

Hale spring-boarded to the Ivy League from Monroe Community College, where he became the literal posterchild of the MCC Foundation, a scholarship fund for underprivileged youth with promising futures.

It was while being showcased by donors who money the foundation that he was introduced to Duffy, who later hired him at the chamber, where Hale is now the senior manager of talent strategy, workforce development, and education initiatives — a way-too-long title that means he helps businesses diversify their workforces and poor people train for good-paying jobs.

Duffy, while effusive in his praise for Hale, said neither he nor the chamber were backing Hale or any other would-be candidate. He acknowledged hearing the rumors about Hale, though.

“Adrian is a great leader with a great story who cares about this city,” Duffy said. “He has honesty, integrity, and passion, and he is the type of person that whatever he is going to do he will be successful.”

“That’s why his name comes up as a candidate,” he added. “I would say that anyone who’s concerned with who is going to run isn’t focused on the job at hand.” 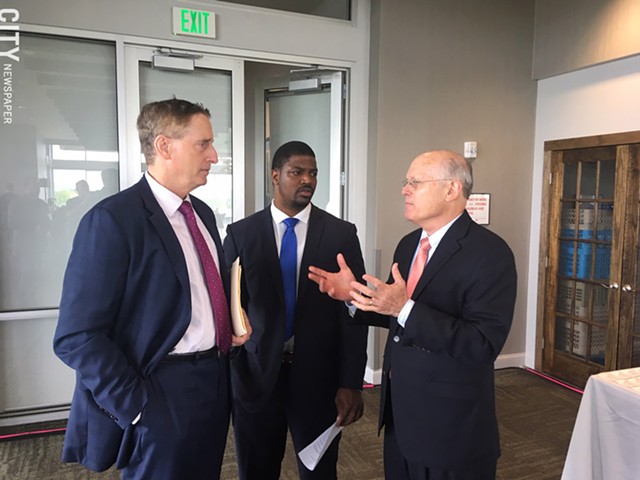 For someone who isn’t running for mayor and someone who wouldn’t be his likeliest benefactor, Hale and Duffy have not been shy about criticizing the Warren administration. Both were recently featured prominently in a Politico piece about Warren’s political future.

“Rochester doesn’t need a mayor who is concerned with what’s the next office,” Hale said. “We need leaders who can deal with the problems of a city that The New York Times said is going to be the most adversely affected by Covid.”

Rochester recently topped a list published in The Times of American cities to be hardest hit by the pandemic-induced recession.

“We need a leader who can deal with poverty from its causes, not its consequences, and understand the differences between the two,” he went on. “We need a leader who charts a vision and can galvanize the people necessary to move that agenda forward — not for self-interest, but for the public interest.”

The implication, of course, was that Warren is none of those things.

He went on, speaking eloquently and extemporaneously as great orators do. He stumbled over his words only when informed that it was he who the mayor was talking about that day when she spoke of “who’s running against me and who are they tied to.”

“You just let me know something, I guess,” he said. “Maybe I should think about it.”