Performed by RAPA Family Theatre, "James and the Giant Peach: The Musical" comes from Tony-nominated composing team BenjPasek and Justin Paul ("A Christmas Story: The Musical"). An adaptation of the beloved Roald Dahl book, the musical combines aspects of Dahl's book and the 1996 film, adding in a plethora of new songs (it should be noted, these aren't the same Randy Newman compositions featured in the film) and condensing the story for younger audiences.

As is typical of Dahl, there's a fair amount of darkness in the story of young James (Katherine Mary Chalone), who's orphaned after his parents are unceremoniously eaten by a giant rhinoceros. He's taken in by his horrid aunts Spiker (Lois Fiegl) and Sponge (Pebble Kranz), who treat him as slave labor. But he soon escapes his miserable existence thanks to some magical crocodile tongues, an enormous peach, and the collection of friendly bugs who reside inside it.

Credit where it's due, "James" is an ambitious choice for any theater group without a budget of millions of dollars at their disposal. In telling its whimsical tale, the show calls for puppetry, detailed costumes and elaborate sets, and while these aspects aren't exactly requirements, they do help things considerably. Here, the minimized props and sets force cast and crew to rely on some imaginative staging that's occasionally a bit too imaginative, leading to several scenes in which characters have to explain exactly what's supposed to be happening. The results seemed to perplex several of the children seated near me. Still, the performances are spirited, and the bright, colorful production design is fun. If you're looking for a Fringe show for the entire family, "James" makes for a pleasant diversion.

Back in 1988, before "The West Wing" and his Oscar win for "The Social Network," writer Aaron Sorkin took a crack at live theater. Along with "A Few Good Men" (which is on stage at Blackfriars Theatre) Sorkin also wrote the one-act Hollywood satire "Hidden in this Picture." Rochester Community Players is performing the play, about a director (Bobby, played by Jeffery Jones) and writer (Jeff, portrayed by Patrick White) team in the midst of shooting their first feature film.

Their movie, an existential war movie about disillusioned marines stationed in Guam, is three weeks behind schedule and $6.5 million over-budget. But now all that's left to complete is the final shot of the film -- an elaborate, 11-and-a-half-minute single take featuring 694 extras running down a hill, timed to coincide with the setting sun. Every detail of the shot is worked out, and all that needs to happen is to let the cameras roll. Then three cows meander into the middle of the director's perfectly-composed frame. Hilarity ensues, and the subsequent breakdown leads Bobby and Jeff to reevaluate their careers, their professional and personal relationship, and the compromises that are required to make a living in the arts. With its bare-bones staging, the focus is all on the acting, and this production features some of the best performances I've seen at the Fringe thus far. Each member of the small ensemble (rounded out by Eddie Coomber and Mark Casey as a dim assistant director and frazzled manager, respectively) get their moment to shine. A small, "Hidden" gem in the Fringe lineup.

"Hidden in this Picture" will be performed again on Saturday, September 26, on the TheatreROCS stage. 6 p.m. $10. Appropriate for ages 13 and older.

Slideshow James and the Giant Peach: The Musical 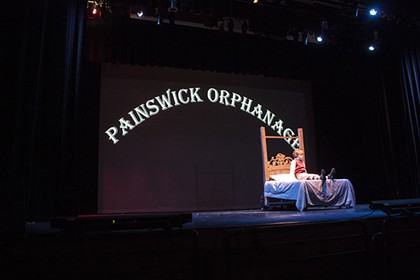 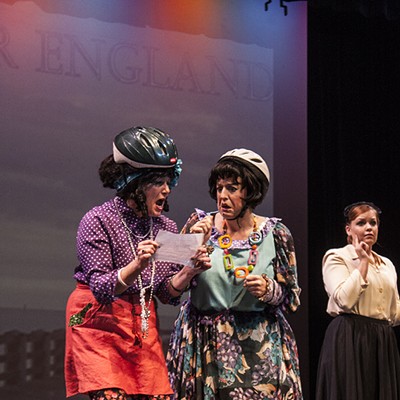 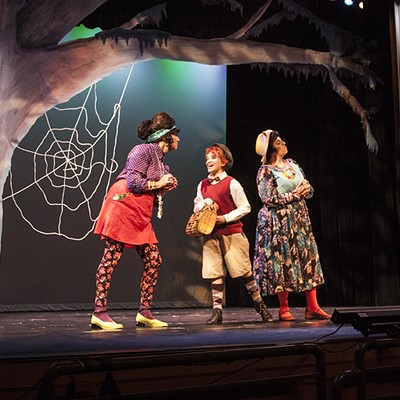 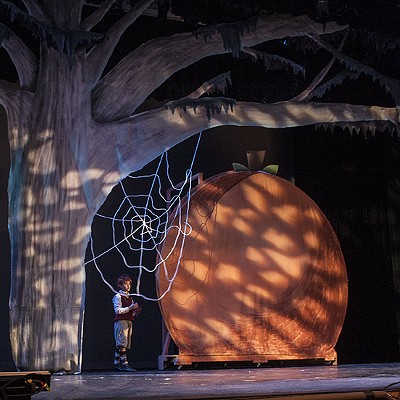 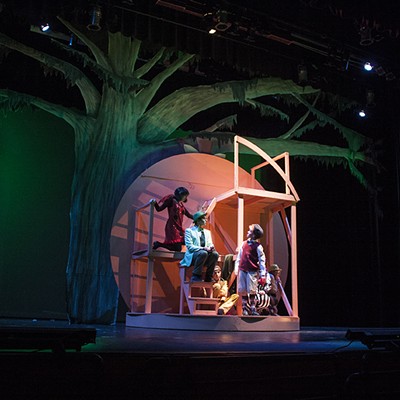 James and the Giant Peach: The Musical
By Ashleigh Deskins
Click to View 5 slides