My third day at the Rochester Fringe Festival was a wet and wild one; throughout the course of my time at the festival, rain, chlorinated water, and blood poured down on me at one point or another. My first stop was an afternoon performance of "Hot Tub: The Musical." A small tent located in the corner of the Spiegelgarden houses this enjoyable musical revue, which uses a simple framing story to hang a few catchy musical numbers. Writer Abby DeVuyst (in a role she alternates with co-writer, Kerry Young) portrays a lounge singer performing a floor show in the bowels of a Hilton hotel. Her musical stylings repeatedly interrupted by various guests as they arrive to use the hotel's spa facilities. Those guests include a bawdy sister act; a matching making father, his college-aged daughter, and the dissatisfied businessman unlucky enough to join them; and finally a frisky newlywed couple. It's all in good, goofy fun, and the crowd ate it up (performances have a tendency to attract crowds of curious onlookers, leading DeVuyst to ingeniously start passing around a tip jar). But be warned: you will get wet.

Throughout Method Machine's ghoulishly delightful "ShakesBLOOD," there's a repeated demand for "more blood!" and -- armed with an arsenal of blood-filled squeeze bottles, water balloons, and squirt guns -- the cast more than honors the request. Smashing together the bloodiest scenes from the works of William Shakespeare, the show is performed on the outside patio of Abilene and the informal setting suits the show's deliberately low-tech, shabby-chic vibe. But what the show lacks in production value, the cast more than makes up for in enthusiasm. The location does occasionally make it a bit hard for those seated in the back to hear the soliloquies, though that may be because the performance I attended happened to occur on a particularly windy night.

"ShakesBLOOD" plays fast and loose with the Bard's text, working in a couple of brief musical numbers and some relevant trivia between all the iambic pentameters. The highlights for me were the repeated appearances of Macbeth (Tracy Chang) and his Lady (Heather Rene, walking off with the entire show), here reimagined as Guido royalty. Even if the audience didn't get quite as drenched as I'd been hoping, (a fact director David Henderson attributed to a faulty blood cannon -- and is there any more tantalizing prospect than live theater featuring a blood cannon?), everyone still seemed to have a great time. And hopefully that cannon will be fixed in time for the next performance. 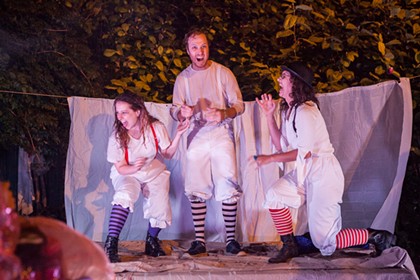 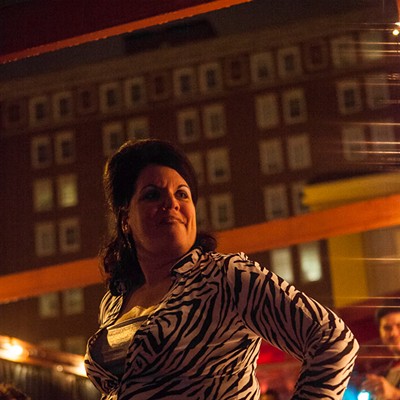 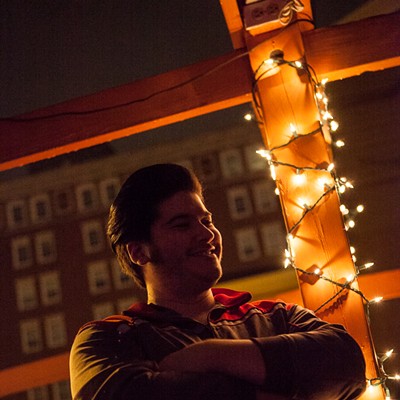 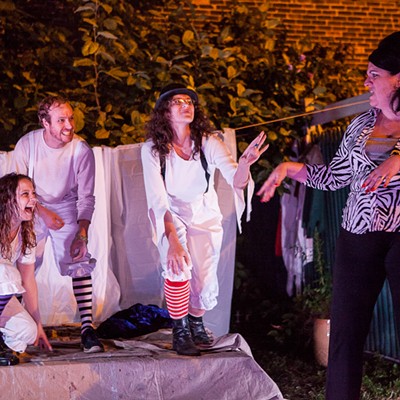 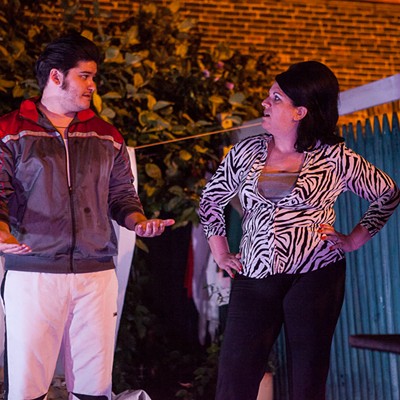 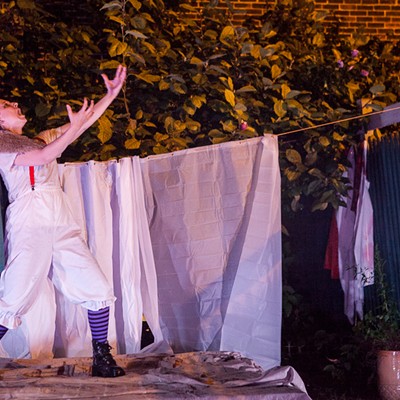 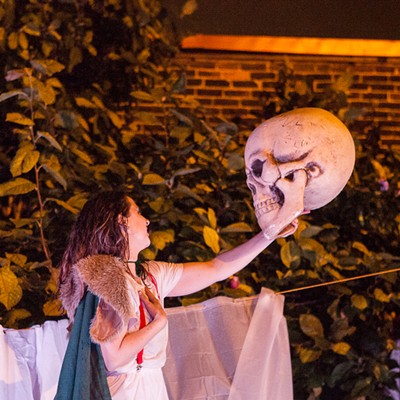 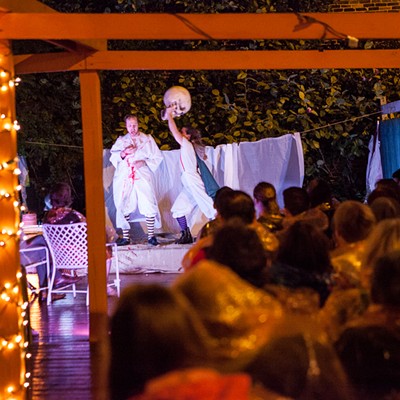 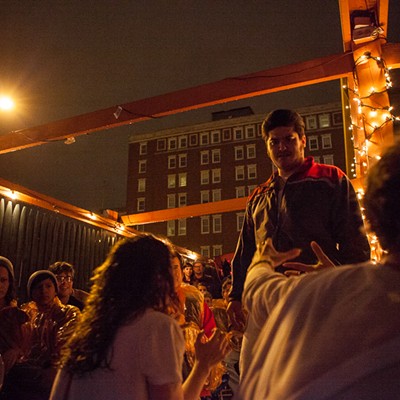 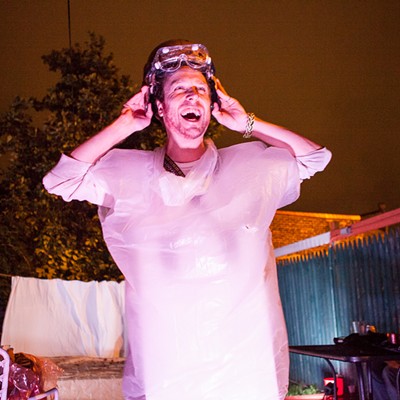