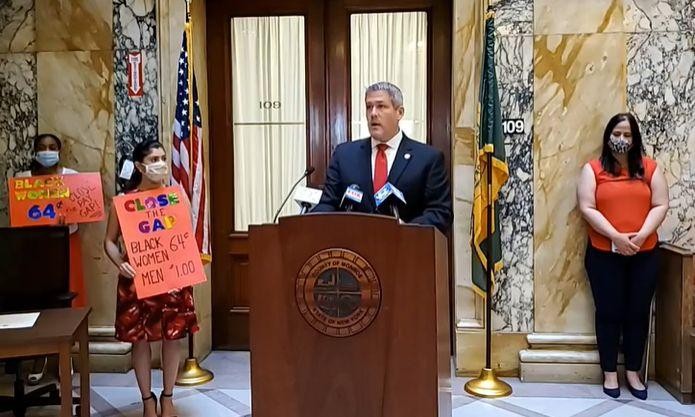 He did the signing at an event at the County Office Building on Thursday with the Pay Equity Coalition, as part of their Sound the Alarm Event to recognize Black Women’s Equal Pay Day.

Black Women’s Equal Pay Day is the approximate day a Black woman must work into the new year to make what a white, non-Hispanic man made at the end of the previous year.

Under provisions of the executive order, the county will develop an equal pay certification to be used to ensure compliance during the contract approval process. Contractors will also need to prove they have not been the subject of adverse findings under the equal pay laws within the last five years.

The executive order also directs the county’s human resources department to conduct an internal review to make sure the county is complying with equal pay laws for county employees.


Randy Gorbman is the news director at WXXI News, a media partner of CITY. He can be reached at rgorbman@wxxi.org.