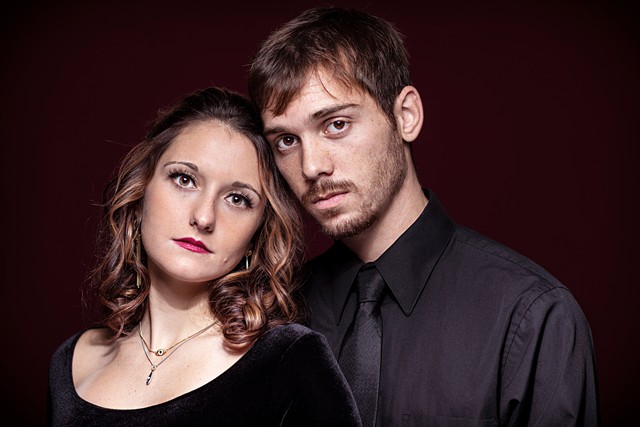 The Archive Ravens first introduced themselves to the Rochester music scene last year with the album “Trobairitz,” a chameleon-like collection with folk and international influences and art song aspirations. By the time their official album debut,“Seasons of an Angel,” was released in May, the Ravens had solidified themselves as a duo, consisting of Ava Sauer on vocals and keyboards and Tom Andolsek on guitar and vocals.

“Seasons of an Angel” features a focused style that oscillates between adult contemporary ballads, ethereal New Age affectations, and warm, folk-inspired arrangements. But the main selling point here is the undeniable chemistry of Sauer and Andolsek’s harmonic vocals. The synchronicity of their timbres exudes youthful earnestness and romance, qualities that will no doubt be present when The Archive Ravens perform this Saturday evening via livestream from their Facebook page. The hour-long set will feature a combination of originals and cover tunes.