November 03, 2020
Democrat Jeremy Cooney held a very narrow lead over Republican Mike Barry in the race for the state Senate's 56th District seat Tuesday. The high-stakes contest will be decided by absentee ballots.

Cooney pulled in 50.5 percent of the vote at the close of the polls with 318 of 322 election districts reporting, while Barry, a Greece town board member, held 49.4 percent. 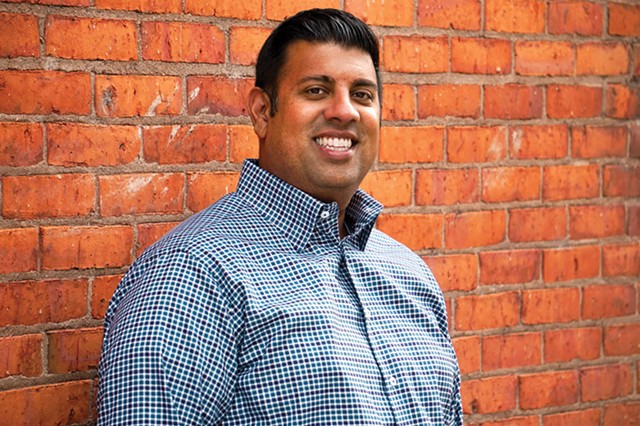 Republican Joe Robach, who did not seek re-election, has held the seat since 2003.

Over the years, Democrats have made several attempts to wrest the seat from GOP control and Cooney, a former staffer for Mayor Lovely Warren and the late Rep. Louise Slaughter, has now come closer than any prior candidate. He even outperformed his previous challenge to Robach, where he lost by about 11 percent of the vote.

But the 993 votes separating Cooney and Barry were not enough to project a winner Tuesday.

It was not immediately clear how many absentee ballots in the district remain outstanding. Absentee ballots will not be counted until Nov. 16, as per state law.

"I came to this country with nothing, but, through hard work, had the chance to run for public office," Cooney said Tuesday during a gathering of Democrats at the Strathallan Hotel. "This is the story, not just my story, but it is the story of every New Yorker."

The 56th District stretches from the town of Brighton through parts of Rochester and into Clarkson and Parma. Robach’s long hold on the Senate seat was also a bit unusual, as the district as a whole tends to lean Democratic.

"I'm in a great mood right now and I can't wait to see all of those votes tabulated from the absentees," Barry said, in a phone interview. "The only bad thing is we have to wait two weeks."

As absentee ballots come in, Barry is optimistic they will ultimately translate to a win.

"I know it's going to be close regardless, but I think we have the right message, we've remained positive throughout the campaign, and hopefully the good lord is on our side," Barry said.

In 2018, the New York Senate became majority Democratic for the first time in decades. This year, Democrats are just two seats shy of controlling  two-thirds of the seats in the Senate, holding what is known as a super-majority.

“Since 2018, we have seen a different state assembly, we have a Democrat-controlled Senate, Assembly, and executive chamber,” Cooney said. “But we in Rochester and upstate New York haven’t been swept up into that energy and excitement, because our representatives didn’t participate.”