June 16, 2021
After more than a year of the twists and turns of life in the coronavirus pandemic, Danny Deutsch decided he had to lay down the law. In mid-May, he declared that no one would be allowed in Abilene Bar & Lounge unless they had proof that they had been vaccinated against COVID-19,. 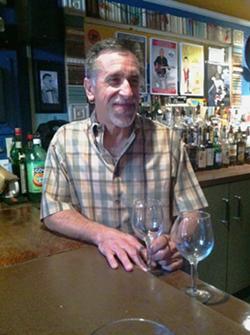 “The first day was an overwhelming amount of support,” Deutsch says. “I think there were over 200 responses, and I gotta believe 185 of them were, you know, ‘This is great, we’ll see you soon.’ ‘We haven’t been out, now we look forward to coming out.’

“I woke up the next day to a different sort of thing. There was a thread both on my personal Facebook page and Abilene’s Facebook page, saying, ‘We’re gonna boycott the place.’ Some that said they’ll never come for the chicken wings again.”

The reference to chicken wings was a clear indication that something was afoul — or perhaps afowl — with these responses.

Deutsch was under attack from anti-vaxxers who had never been to Abilene, 153 Liberty Pole Way, a downtown Rochester live-music staple for 13 years.

“I think there was sort of an anti-vaxxer trend or thread there,” Deutsch says, “and I didn’t respond to any of it.”

Truth in general hasn’t fared well throughout the internet war of COVID-19 disinformation. Throwing caution to the wind is a political statement, not a scientific one.

In some respects, the science seems to have caught up to our desires. On Tuesday New York Gov. Andrew Cuomo called for the state to drop many of its COVID-19 restrictions. With a few big caveats.

Unvaccinated New Yorkers should still get their shots. And until they do so, they must follow Centers for Disease Control and Prevention guidelines, which requires unvaccinated individuals in public areas to wear masks and maintain social distancing.

For Deutsch, Cuomo’s announcement has changed nothing.  Abilene will still require proof of vaccination. “We’re just too damn small a space to social distance adequately," he says.

And to this point, Abilene’s vaccination policy has been working for Deutsch and his vaccinated audiences.

“I think we’ve turned away maybe six people, out of the hundreds that have been in here, since we initiated the policy,” he says.

The backlash against clubs and venues that  decided to err on the side of caution  largely comes from people who claimed they were being discriminated against because they declined the vaccine. Some internet posts pointed to Luc Montagnier, a French virologist, who has supposedly suggested that people who received coronavirus vaccines “have no chance of survival.” While Montagnier has made some anti-vaxxing statements, there’s no evidence he ever issued that dire warning. And despite his Nobel Prize, virtually every other virologist on the planet says: Get the shot.

“I can barely run a bar, much less figure out scientific things,” Deutsch says. But he can read, and the evidence seems overwhelming that vaccines are our best shot at stopping COVID-19, which by some counts has now claimed more than 600,000 American lives. 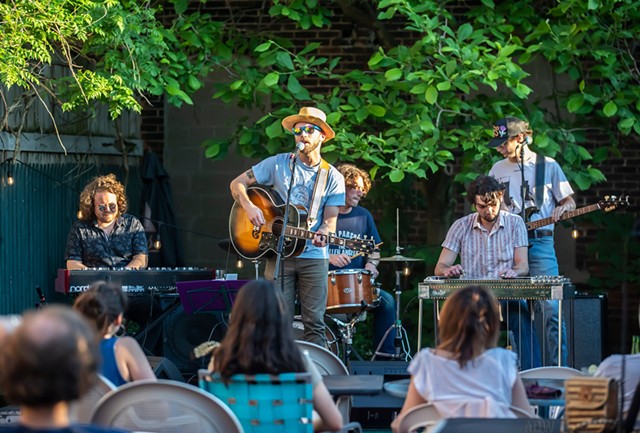 It hurts to turn away any business after a year in which clubs and restaurants have struggled to stay alive. Abilene’s doors have been closed on and off throughout the pandemic, while other venues have remained open. But longtime patrons were telling Deutsch that they just weren’t ready for a night on the town. “I’m certainly full of respect for that,” he says. Deutsch doesn’t go into a grocery store without a mask.

Enforcement of COVID-19 guidelines has been arbitrary, as has been adherence. “I respect all viewpoints on the matter,” Deutsch says. “I just know what’s right for me and what’s right, I think, for my business. And I think I’m doing the right thing for the majority, or the overwhelming amount of our customers, both past and prospective customers.”

Safety has been his main concern. While Abilene draws patrons of all ages, depending on the band, Deutsch says the majority of the bar’s clientele are 50 and older, many of whom have health-related concerns or care for family members who are more susceptible to the virus.

Ultimately, Deutsch says that being diligent in the fight against COVID is yielding tangible positive results for the local music scene.

“There’s going to be more live music in a real, real short period of time, than we’ve ever seen in this area,” he says. “Places are opening up, bands are on the road. And I think as people feel safer and safer, they’re just itching to go out.”

He points to venues throughout the Finger Lakes region that are booking bands, banking on beating the pandemic. Dates are appearing at the large amphitheaters, but it’s more obvious at smaller venues. The GrassRoots Festival of Music and Dance in Trumansburg, after announcing it would skip 2021, has backtracked a bit and announced a series of seven weekend shows. If you’re fully vaccinated, Point of the Bluff Vineyards near Hammondsport has concerts with Steve Earle, Ani DiFranco, faded ’70s faves like The Little River Band, and local standouts such as Mikaela Davis.

Lincoln Hill Farms in Canandaigua has shows booked through the summer. Last week was Midnight North, a San Francisco band that includes the son of Phil Lesh. “I saw these pictures of Phil Lesh in the crowd, sitting there, and Phil Lesh onstage,” Deutsch says. “In Canandaigua, New York, here’s a guy from the Grateful Dead.” 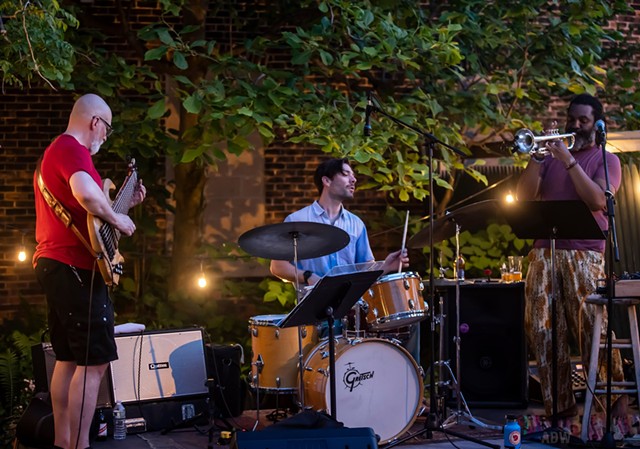