This weekend, a music ‘festival’ that hasn’t been canceled: VOIDYEAR 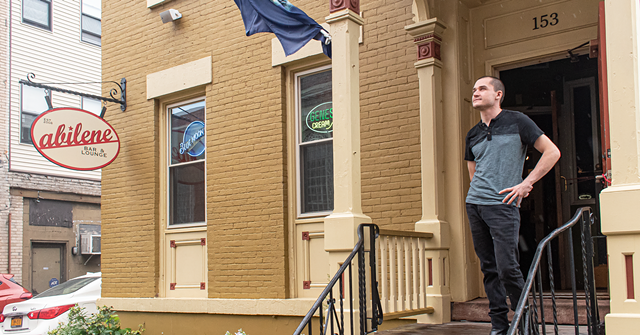 One of Rochester’s favorite buskers is launching a new “festival” this weekend in light of those the city has lost during the pandemic.

VOIDYEAR Festival, the brainchild of folk and blues rock darling Jackson Cavalier, showcases two evenings of live music and arts and crafts vendors Saturday and Sunday, Aug. 28 and 29, at Abilene Bar and Lounge beginning at 5 p.m. each day.

With the Rochester International Jazz Festival and the Park Avenue Summer Arts Festival having been canceled this year, VOIDYEAR is an ideal if not shrunken substitute for both.

“I think everyone, especially this past winter, got to a point and said ‘Rochester isn’t the same without its music and art scene,’” Cavalier says.

Cavalier headlines the festival on Saturday with his backing band, The Big Dead Waltz, but the other artists booked for VOIDYEAR represent a wide range of styles.

Cavalier says the idea to organize the festival came to him after attending a local show in May.

“I was at a gig and I remember somebody saying ‘You should put on a music festival,’” Cavalier says. “Coming out of the pandemic, I thought it’d be nice to have a miniature version of the ordinary festivals here that got cancelled or altered and showcased a lot of the up-and-coming talent.”

It was important to Cavalier that the setting be safe, so he chose Abilene, which implemented a policy to only admit patrons with proof of vaccination.
All music will be outdoors on Abilene’s patio stage, while the art vendors will be located inside, in the bar’s stage area.

Cavalier says one of his goals is to introduce or reintroduce bands into a live music setting after a long pause.

The Buffalo-based multi-instrumentalist Tyler Westcott, who recently returned from touring the state with the band he fronts, Folkfaces, is scheduled for a solo set featuring material from his new EP as part of Sunday’s lineup.

“Since that mini-tour across the state, I’ve been trying to spread a message of gratitude especially to those who never stopped working while everything came to a halt,” Westcott says. “I’m hoping people missed seeing music as much as we missed making it.”


Tickets for VOIDYEAR Festival are $10 per day and can be purchased at the door (No pre-sales due to COVID-19 uncertainties).

Joe Massaro is a freelance writer for CITY. Feedback on this article can be directed to rrafferty@rochester-citynews.com.