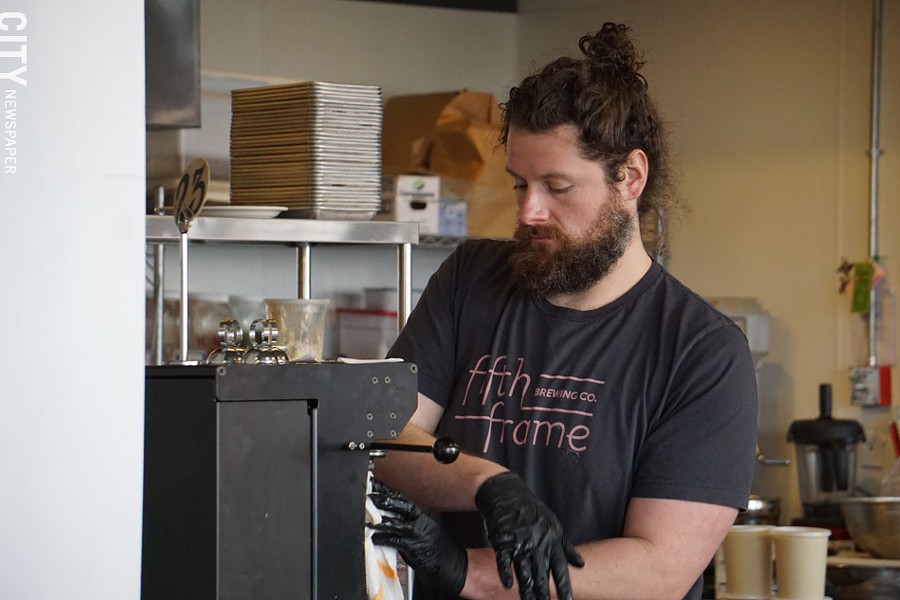 It was St. Patrick's Day, yet the innards of Rochester's beloved beer bar, Gregory Street's Tap and Mallet, were uncharacteristically still. Just a pyramid of crowler cans on the bar and owner Joe McBane was quietly wiping down the wood with sanitizer.

As of Monday, Tap and Mallet has temporarily closed.

A similar, somber scene played out at Three Heads Brewing on Thursday, where co-owner Geoff Dale stood behind the bar, dutifully filling growlers like usual. But these days, the stage in the center of the room is empty, and the scent of rubbing alcohol overpowers the usual sweet tinge of malt in the air. (Three Heads remains open.)

"We've scrubbed everything, man," Dale said, an industrial-sized bottle of hand sanitizer resting on the bar next to him. "This is the cleanest this place has been since we've opened."

Every establishment around town has transformed into a surreal, empty experience, with most offering appointments and touch-free curbside pickups. Some, like Atlantic Avenue's Lost Borough and the Genesee Pilot Brewery, have opted to pause their operations altogether in the face of the outbreak.

This column is another reminder, and a sobering warning: not all small businesses will survive this. Many will permanently shutter their doors as a result of this stagnation, including local breweries.

If I was rich, I would do something to help that. But I'm not, I don't even have the money for a four-pack from every brewery I'd like to support. But I'm doing what I can, and I implore you to call up your favorite locals and ask how you can still purchase their beer.

And man, is there some great beer to get right now. From Tap and Mallet, I picked up a breakfast stout collaboration between Auburn's Prison City and Queens' Gun Hill, called Doin Breakfast Time. The return of Three Heads' beloved Honey Smuggler, an unorthodox hoppy Maibock with honey, is a steal at $10 per four-pack. And Tang Ten, a tangerine and vanilla-laced tart IPA from Fifth Frame — and one of my favorite beers at 2019's Real Beer Expo — has made a crowler return at the brewery for a limited time; plus owner Jon Mervine's smile is a welcomed respite in these trying times.

Even if we can't drink together, remember, we're all in this together.