Have you ever lived in a place for a long time, and then mere days before you were about to move away, you met who you thought might be the love of your life? I just got that feeling last week, but for food.

My day job as an engineer has had me working in Henrietta for the last six years. Amid all the big box stores and tech villages, there are hidden gems of fantastic food from around the world. I can think of at least five Indian restaurants that have food from five different regions of India. There are Dominican restaurants and a Turkish cafe, Malaysian and Nepali restaurants. There are at least three Chinese buffets nearby. Within 10 minutes, I can dine on entrees from any continent, except Antarctica, of course. Penguins are terrible chefs. I could steal away from work, go to any of these places, and be back at my desk within 45 minutes. 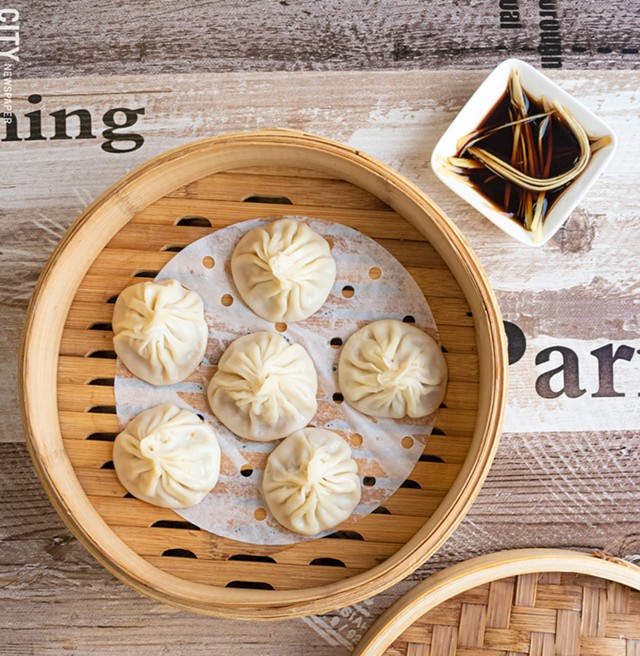 One thing that was missing from Henrietta's international culinary repertoire was a place dedicated to dumplings, specifically the iconic steamed buns called Xiao Long Bao, which are filled with hot broth, leeks, and a protein (usually chicken or pork). Finally, a dumpling restaurant, appropriately named Dumpling House, opened up a mere seven minutes from my job -- just before my whole company was about to move its offices 20 minutes away. 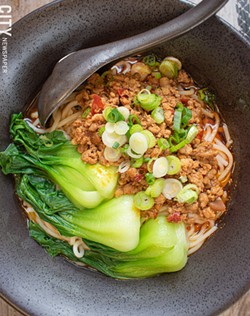 Dumpling House is located in the Jefferson Plaza in the spot formerly occupied by Mighty Taco. The space had been seemingly dormant for a year since they left, but behind the shuttered doors, a family was renovating the interior to make way for a new restaurant. Manager Kristie Duong said she and her family worked for months to restructure the dining room layout and rebuild the kitchen from bottom to top. The only recognizable remnant of the old space is the checkout counter that you see upon entry.

Dumpling House is the brainchild of Rebecca Le, who says she has always wanted to have her own restaurant. She enjoys cooking and her passion for her art can be seen and tasted in every bite. Everything on the menu is made upon ordering, nothing is frozen. The dough for the dumplings is made every day from scratch. You can be assured that the vegetables in your dumplings or spring rolls were just cut and folded into their doughy envelopes. There is nothing like freshly made food for lunch. And besides the deliciousness, I was in and out in less than 30 minutes.

The first thing I ordered were vegetable spring rolls ($4 for two). They were fried, but light and crisp. Even the dipping sauce was light and tangy, unlike some less-than-great sauces that tend to taste like zesty syrup. The vegetarian dumplings ($7) come in a set of eight, and they come piping hot, so don't be like me and try to down one as soon as they come to your table. My tongue and throat have not yet forgiven me. 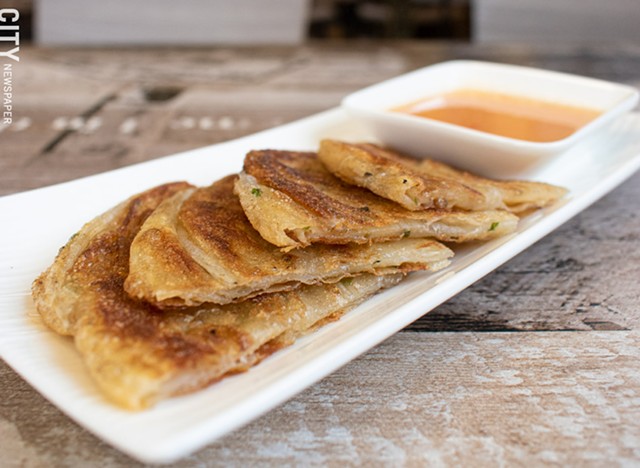 Once I settled from the initial pain of the first hot dumpling, I waited a minute for the rest to cool down. This also gave me time to appreciate the aesthetic. These were made seconds after I ordered them. Yes, they were the half-moon shaped dumplings I can get anywhere, but to see that they were made by hand and pinched and sealed with such care made me appreciate them more.

The Bao Zi ($7 for three, choose pork, chicken, beef, vegetarian, or red bean) are what I thought would be just steamed buns, but they were so much more. What I saw on the plate were three buns sealed in a manner that they almost looked threaded or braided together. How did they make something look that good so quickly? And they tasted as good as they looked. Paired with the chili sauce that I was given to dip them in, this was a welcome treat. I got the vegetarian ones, but I imagine the chicken and the pork are just as robust and savory in their own way. 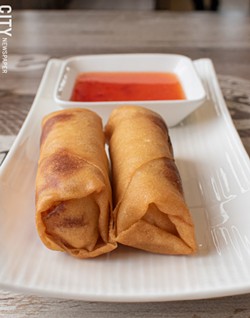 But the items that I came for were the Xiao Long Bao ($7), the soupy dumplings I've been craving. My server presented the six-piece entree in a bamboo steamer. They looked like sculpted porcelain teardrops, each the size of a golf ball. And each bite literally burst with flavor. Have a spoon ready -- the dumplings have a good amount of soup broth and meat in them. Looking at all the food before me, I felt like a museum curator appreciating the brush strokes on a canvas or the attention to detail chiseled into a piece of marble.

As I finished my meal, I realized that this might be my last lunch there for a while. Or I'll have to concoct a few reasons for taking an extra 20 minutes for lunch, after the office move. In the meantime, I'll be packing up my desk, tearfully listening to Boyz II Men's "It's So Hard to Say Goodbye to Yesterday" while I think about my meal at Dumpling House.