A Rochester Fringe binge (on the cheap) 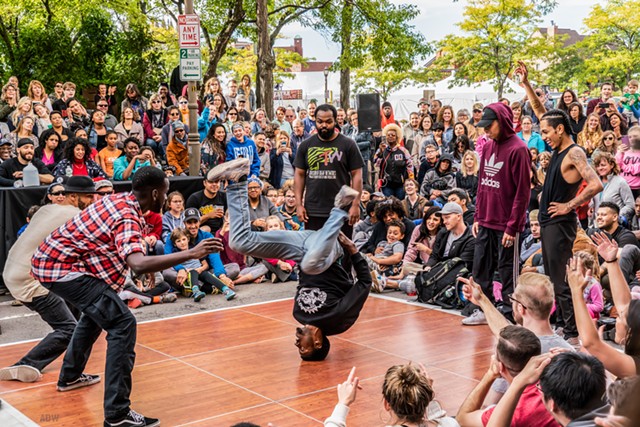 While many cities have Fringe festivals, none are quite like the KeyBank Rochester Fringe Festival — the largest multidisciplinary performing arts festival in New York — which celebrates its 10th anniversary this year.

In 2019, Rochester Fringe organizers announced the festival had broken previous attendance records, with more than 100,000 visitors catching some of the 650 events. Last year, the festival went completely virtual with over 170 online productions.

The 2021 festival is prioritizing safety and health by requiring all participants, staff, volunteers, and audience members to be fully vaccinated to attend indoor performances. Audience members 12 and over should be prepared to arrive 30 minutes early for a vaccination check before entry.

Not all Fringe events are indoors. Many are outside at locations such as One Fringe Place, on the corner of Gibbs and East Main streets, where a giant Italian circus tent with a bar and seats for roughly 320 people will be up.

With 425 in-person and online shows, the festival truly has something for everyone. Since it’s still a pandemic, why not treat yourself to something entertaining, completely weird, or maybe even magical? Here are a few of the over 120 free events to get you started.

Gospel Sunday, a staple of Rochester Fringe, is back and moving outdoors at 2 p.m. Sunday, Sept. 19, at One Fringe Place. The Rev. Rickey Harvey of Mt. Olivet Baptist Church leads local gospel artists, including the Zion Hill Mass Choir, Truly Committed, and his own choir from Mt. Olivet. This concert has been known to raise the roof but since it’s playing outdoors, does that mean it will raise the sky? Worth checking out. General admission seating is available first-come, first-served, but this popular event has always reached standing-room capacity.

Have you ever thought you might actually be living in a cliche, so-bad-it’s-good dance movie? Here’s that huge make-or-break event you’ve been working toward! The dance-battle competition for the title of Fringe Street Beat champs returns Saturday, Sept. 18, at Martin Luther King Jr. Park (rain location: One Fringe Place). The afternoon will be filled with epic dance-offs, starting with preliminary rounds at 1 p.m. and leading up to the finals at 4 p.m. Competing teams (a max of 3 members per crew) may register for $5 on the Fringe site or in person at 12 p.m. The cash prize is $1,200, but we all know the true happy ending is the chance to get down on the streets. 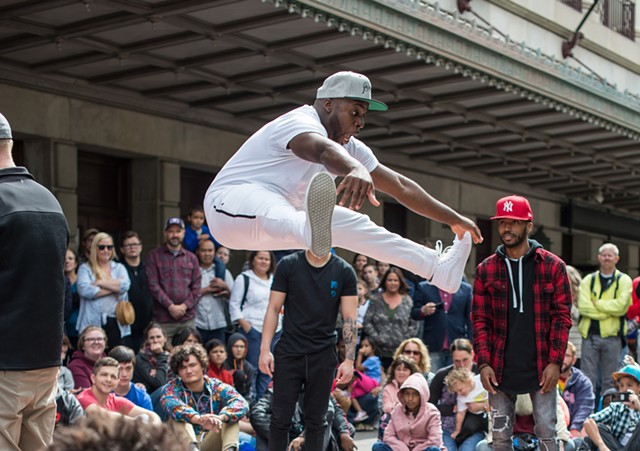 While many of Fringe events are family-friendly, Disco Kids is specifically designed with the little ones in mind. As opposed to the festival’s popular Silent Disco, in which participants use headphones, the disco for kids plays the music aloud so they can collectively rock out to — well, whatever the kids are rocking out to these days (I lost track after Lil Nas X’s “Old Town Road” became passé). After months of remote learning, kids can finally break out of their Zoom squares and have a dance party in person at 12:30 p.m. Saturday, Sept. 18, at One Fringe Place.

One of the venues new to Fringe this year is also fairly new to Rochester. The International Plaza, which opened in fall 2020, is a Latin-themed space and cultural marketplace at 828 North Clinton Ave. If you’ve been meaning to check it out for the past, uh (quickly checks calendar) several months, now’s your perfect excuse! The Plaza opens Hispanic Heritage Month at 5 p.m. Thursday, Sept. 16, with Fiesta en la Plaza! featuring regional Latin jazz favorites Mambo Kings. Since it’s also Market Day, visitors can explore the marketplace’s food and vendors against a backdrop of live music. The festive atmosphere at The International Plaza will continue at 5 p.m. Monday, Sept. 23, when Womba Africa Drumming and Dance and the Borinquen Dance Academy perform. 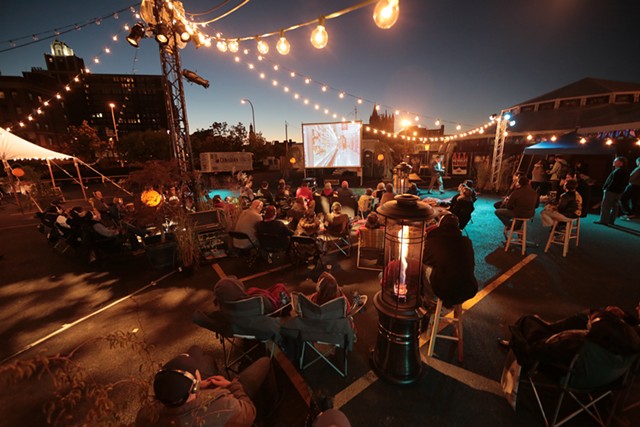 The only thing better than seeing a good movie is seeing one with friends — meaning, an assortment of fireflies and the night sky. Almost every evening, the Fringe features a first-come, first-served outdoor movie at One Fringe Place. As part of the Pedestrian Drive-in series, these screenings range from older classics — 1969’s “The Italian Job,” 7:45 p.m. Wednesday, Sept. 15, and “Breakfast at Tiffany’s,” 7:30 p.m. Sunday, Sept. 19 — to recently-released hits such as “In the Heights,” 7:45 p.m. Saturday, Sept. 18, and the 2020 Oscar-winning “Parasite,” 7:45 p.m. Friday, Sept. 24. If you missed “Drunk Bus” — the heartfelt 2020 comedy filmed in Rochester — when it played at The Little Theatre, you can catch it at 8 p.m. Tuesday, Sept. 14. Participants will be given individual headsets (with a deposit of a license or ID, returned upon exit). Concessions are available at food trucks and the Theatre Bar.

Rochester Fringe will also showcase a wide variety of free online performances, including many on-demand productions, which can be viewed any time during the festival.

On-demand performances to check out include: “Being B.A.D.,” a solo piece about taking back power after years of domestic abuse; “Capsule,” a dance-and-movement piece created during the spread of COVID-19 to the U.S. in March 2020; “La Nela De Socartes,” a musical tragedy adaptation of the 1878 Spanish novel “Marianela;” “Spooky Stories in the (virtual) Stacks,” true ghost stories told from the Central Library of Rochester; and “Feather Moves,” an interactive movement class from PUSH Physical Theatre.


Katherine Varga is a freelance writer for CITY. Feedback on this article can be directed to Daniel J. Kushner, CITY's arts editor, at dkushner@rochester-citynews.com.