A rededication and ribbon cutting ceremony Friday morning marked the official opening to a renovated Geva Theatre Center, following a seven-year-long process that touched on virtually every part of the 51,832-square-foot space. Geva had closed for the summer in order to finish work on its lobby, cafe, a new members' lounge, flooring in the Fielding Stage theater, and carpeting and seating for the Wilson Stage theater.

Renovations to the building began in 2009 with work on the box office and lobby restrooms, and in the years since, the roof has been replaced; production equipment has been upgraded; brickwork, windows, and doors have been restored or replaced; panels were installed to improve acoustics in the Wilson stage; accessibility was improved; and a new heating, ventilation, and air conditioning system was installed. Geva also opened 14 studio loft apartments to house out-of-town actors; and renovated the building's rehearsal and conference rooms, reception area, administrative offices green rooms, and dressing rooms. Top-to-bottom wasn't an exaggeration.

In November 2014, Geva launched a $10 million capital campaign, with $8 million already raised through individual, foundation, and corporate donors, and the state; New York State has invested 25 percent of the total capital cost, Geva says. The "Front & Center" campaign, which recently hit $11 million, also made provision for a $2 million endowment fund for the theater.

Check out the slideshow below for photos of the renovated Geva. The theater's 2016-17 season begins October 4 through November 6 with "A Funny Thing Happened on the Way to the Forum." 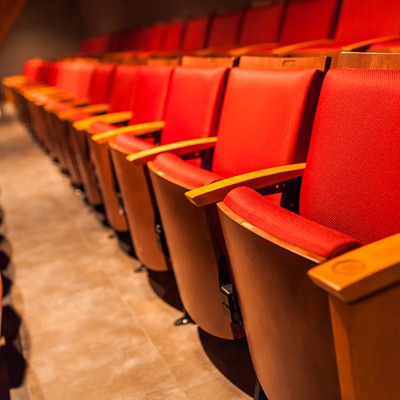