If you need outdoor inspiration, best to look to the source. That's what alt-folk singer-songwriter David Karsten Daniels did on "I Mean to Live Here Still," an experimental song cycle set to the words of Henry David Thoreau. "All Things Are Current Found" unfurls slowly against the backdrop of a low drone as the wind ensemble orchestration comes into focus and blooms wildly. Raw harmonies articulate: "All things are current found/ On earthly ground/ Spirits and elements/ Have their descents." (DJK)

This is a track from a bygone era, when Fleet Foxes were at the top of their game and every other band sort of sounded like a MacBook commercial. The lyrics are a simple string of pastoral images that repeat endlessly over four chords. It might start to drag if it weren't for the gorgeous vocal harmonies throughout, which make it impossible to turn off. (DR)

Perfect winter hike music from the Icelandic post-rock masters. "Glósóli" (or "Glowing Sun") has what I can best describe as a "purposeful trudge" tempo. The percussive rhythm even sounds like boots breaking through snow, as atmospheric shimmers abound and Jonsí's frosty falsetto takes over. (DJK)

It's 7 a.m. on a Monday, the sun is nowhere to be seen, and two feet of snow fell overnight. It's time to go shovel the driveway. Some days, an honest bit of manual labor is its own reward. Other days, you need the audio equivalent of a bar fight to get the job done. This bulldozer of a song is for the latter. (DR) 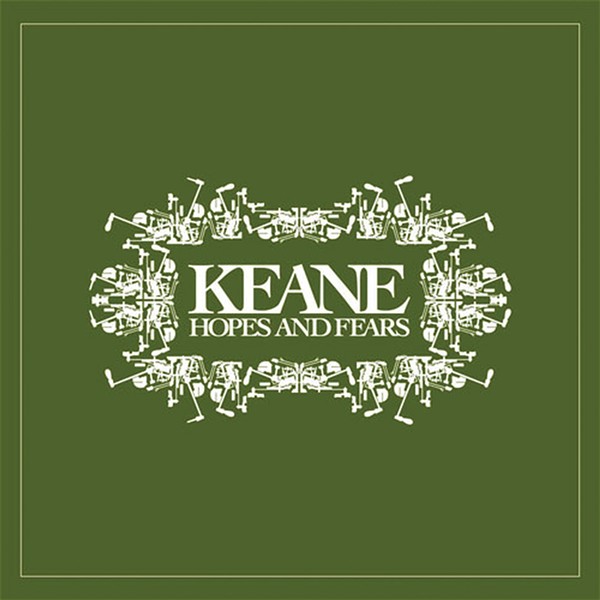 "Somewhere Only We Know" by Keane

Keane's straight-ahead pop-rock sensibility and singer Tom Chaplin's earnest vocal delivery can be cloying. Then again, it's hard to argue against that seductively smooth tenor voice. And Chaplin makes a salient point: "I walked across an empty land/ I knew the pathway like the back of my hand/ I felt the earth beneath my feet/ Sat by the river and it made me complete." (DJK)

"Life Is White" by Big Star

This is the greatest Big Star track, even if nobody seems to agree with me. It's got this infectious melody and huge Bonzo drums, without the juvenile lyrical style of their power-pop hits. It's a loud rock song about ennui from long before anyone dreamed up emo, and it's exactly the right amount of energy to get you moving on a winter afternoon. (DR)

Welsh picker Gwenifer Raymond is in the vanguard of the American Primitive guitar movement. Her debut record feels like listening to an old friend play guitar by the fire in a rustic cabin. Perfect for a cozy weekend at home or a walk in the woods, this is beautiful instrumental music that doesn't put on airs. (DR)

The name of Justin Vernon's hugely popular indie folk-pop project literally means "good winter" in French, so we're on-point already. On this auto-tuned a capella track from the "Blood Bank" EP, Vernon methodically adds more and more vocal layers until the harmonies become so rich and the textures so thick, it's sickeningly sweet. (DJK)

It's easy to fall into reclusive habits this time of year. One key to thriving through a cold, dark winter in Rochester is to rally the troops for a house party. Andrew WK, universal mascot for partying, has a natural place on this list. The song is profoundly and aggressively dumb — lo, this is the sacrifice we must make to the Party Gods. (DR)

"Go Outside" by Liana Gabel

The imperative from Rochester native Liana Gabel is clear on this fun-loving song about connecting with nature. Gabel's voice radiates with soulful enthusiasm, as she declares, "I don't wanna go inside today, I just wanna stay outside and play and play and play." If "Go Outside" doesn't make you smile, you definitely need more sunshine. (DJK)