A new lion in the West

PHOTO BY KEVIN FULLER Inside Young Lion's brewery in Canandaigua. 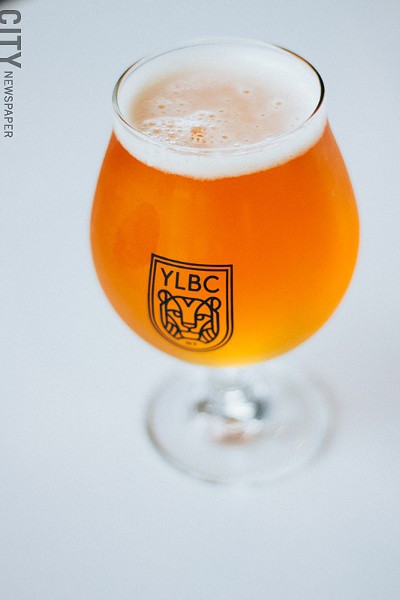 When a new brewery opens, it can often feel like it popped up out of nowhere. From the outside, we don't usually see the intense planning and preparation that goes into starting a company. That was especially true for Canandaigua's newest craft brewery, Young Lion Brewing Company.

The brewery officially opened on June 29, but it's been in the works for more than two years. Co-founder and CEO Jennifer Newman's background is in business, but she had always wanted to open a craft brewery. She and her co-founders, Alicia Wolk, Kevin Morgan, and Todd Morgan, carried out a nationwide search to find the right brew master, interviewing brewers from all over the country.

The owners had specific criteria they wanted: the first emphasis was on "grain to glass" — they wanted a brewer who can carry out the entire production process from farm to tap room table — second, they wanted someone who could work on a large advanced system and would be able to grow with the company; and third, they wanted a "brew pub moxy" or someone who is constantly hungry for a great recipe and excited about experimenting with new ingredients.

They found it all in Phil Platz, a UC Davis graduate who was working in Alabama at a brewery called Trim Tab. And prior to his time in Alabama, Platz spent nine years working at Miller Coors.

Even though it just opened, Young Lion has high aspirations, Newman says, with plans to add 20-plus jobs within the next five years — three full-time staff members have already relocated to the area from out of state. "We believe that to make great beer, you have to do it right," Newman says, "and we truly believe that we've created the perfect blend of form and function with quality ingredients, state-of-the-art equipment, and most importantly, a smart, savvy group of industry experts."

All start-ups are challenging, "however, when you're doing something that you're passionate about you enjoy every minute," Newman says. The project began back in April 2015, and "it's truly taken a village to bring this project to fruition, everyone bringing an invaluable piece of the puzzle," she says.

For those unfamiliar with the Young Lion moniker, before Rochester was known as the "Flour/Flower City" it was referred to as "The Young Lion of the West." "All of the owners are from this area, so it is a name that resonated with each one of us," Newman says. Their goal is to create a parallel between Rochester's history and the area's beer industry today.

Young Lion is currently brewing a variety of beers: on tap, they have an IPA, double IPA, New England IPA, Mexican lager (Cachorro de Leon), stout, gose, along with several guest taps. The brewery recently started canning crowlers with Iron Heart Mobile canning and will be installing a Wild Goose canning system in the fall.

The brewery hosts a 35-barrel brew house, and five, 90-barrel fermenters, yielding a capacity of more than 10,000 barrels a year. And the tap room has a limited, focused food menu. Currently, it offers giant European-style soft pretzels and charcuterie, with plans to expand the menu in the near future.

The folks at Young Lion say they are excited to be a part of what's going on in the area's beer community. "This region is thriving with more and more people coming into the area every day," Newman says, "and we're proud to be a part of this movement and to have created an amazing gathering place that will support the economic growth of the Finger Lakes."