A moment in time

Behind the Met, Ahron Foster, photograph, 2005 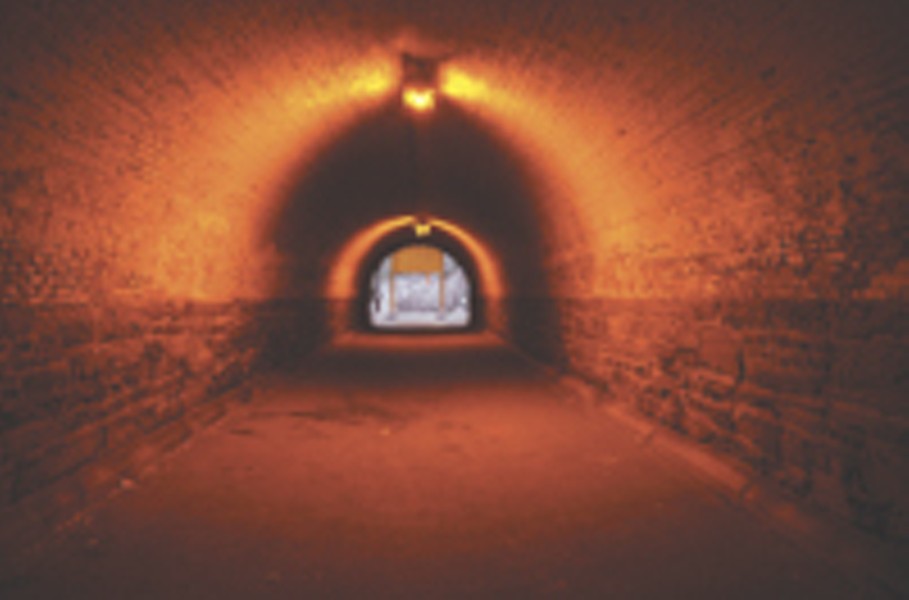 Artists Christo and Jeanne-Claude's installations are anomalies --- art that makes news. But drama grabs headlines: The pair opened 3100 umbrellas in Ibaraki and California, wrapped Paris's Pont Neuf in fabric, and in February of 2005 installed 7500 16-foot-tall, saffron-colored fabric panels --- The Gates --- in Central Park.

Photographer Ahron R. Foster, who lives in New York City, spent the installation's short run with camera in hand. He walked and rewalked the park, taking 2000 photos --- from all angles, at all times of day, in reflection, from a distance, and up-close. He tried to catch how the art interacted with its outdoor, city environment.

Foster grew up in Rochester; he's bringing the results of that photo binge, an exhibit called Out of The Gates, home for a stop on a four-city tour.

The following is an edited transcript of Foster talking about his photographs.

The original goal was basically to capture those two weeks, a piece of New York history and a piece of art history. I went out for myself to make sure I had those moments captured on film.

I tried to capture how light, and weather, and time affected the gates and how the gates themselves transformed Central Park

Personally I think [the photos] are beautiful, of course. Some of the press said that this really captured the installation and gave you a better feeling of the entire installation because the photos cover eight days and several locations.

On the photo Behind the Met (pictured)

I was in the park with my wife, I believe that was a Saturday. We started at the north end of the park, near Harlem, and we made our way through the entire park, walking down and finding different things, capturing different images and different moments. We came to the Met and we were walking behind it. It was getting late, and it was where you're getting that magic warmth of light from the sun. The Gates reflecting off the glass created this fiery quality.

On the photo Under East Drive (pictured)

Most people don't get to experience that, because the lights are only on when it's dark out. Christo and his wife gelled the lights in the tunnel to match the fabric. Or I assume it was them, maybe it was the Parks Department or something. I found that by mistake, because I work a fulltime job, and I was going to Central Park at dawn before work. I was actually photographing the pond, and I passed by the tunnel. I was lucky to capture that.

On bringing his exhibit home

I think we told the whole family. Of course everybody is going to come out for the show. My mother said, "Do you know how great this is?" I said, "Well, I'm glad to be working." She said, "It's pretty great."

You should go if you missed The Gates or not --- just to see how one photographer preserved that brief, orange blaze.