A mayor's plea: 'Someone knows who shot a 14-year-old baby' 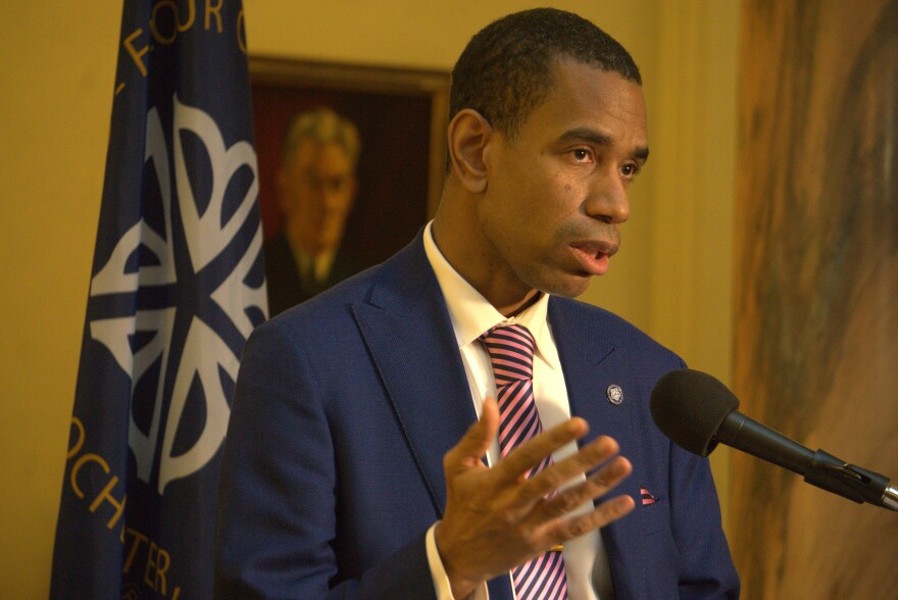 After attending Gov. Kathy Hochul’s COVID-19 briefing at SUNY Rochester Educational Opportunity Center downtown, Evans said he spent part of his day on a daunting task: speaking to the family of a slain 14-year-old.

“This mother deserves justice for her baby, because that’s what he was — a baby,” Evans said.

Rochester police say Julius Greer Jr. was sent to a store on North Street near Herald Street around 6 p.m. Sunday to buy noodles and was shot in the back at least once as he entered. An unoccupied parked car was also struck by bullets.

No motive is known at this time, and police said they’re not sure whether Greer was the target.

Evans said the incident hit him hard. During his time on the Rochester Board of Education, he pushed for the creation of Greer’s school — the Leadership Academy for Young Men in Charlotte.

“Someone knows who shot a 14-year-old baby,” he continued. “There is someone in this community who knows that. And they have to come forward. Even if you do it anonymously.”

After a record year for homicides in 2021 — there were 81 slayings — Evans said providing police or violence prevention agencies like Pathways to Peace with information will help break the cycle.

“The community has to own these problems. And that’s actually good news because that means the community actually owns the solutions,” said Evans.

Prude suffocated in police custody after an incident during the onset of the COVID-19 pandemic, dying a week later. No charges were brought against the officers involved. Singletary is currently challenging for Rep. Joe Morelle’s congressional seat.

Rochester City Council has contracted a search firm to find qualified candidates. Evans said the process is expected to take a few months. Interim Chief David Smith is expected to stay on until someone is hired.