A lone high-stakes race in the Monroe County Legislature 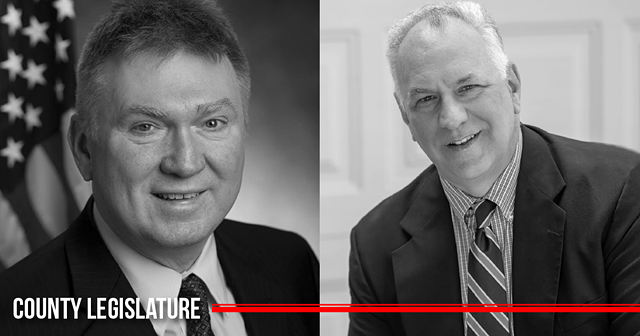 In an election season when the office of governor, as well as congressional, state Assembly, and state Senate seats, are all up for grabs, one could be forgiven for overlooking the race for the Monroe County Legislature’s 8th District.

The seat is the only one in the Legislature in contention this year, but the outcome could shape the county’s policy agenda for at least the next year, and possibly for years to come.

The district represents much of the town of Webster and is currently represented by Republican Mark Johns. Johns, a former member of the state Assembly, was appointed to the seat by Legislature President Sabrina LaMar to fill a vacancy left by Matthew Terp, a Republican who resigned in April due to health concerns of long-haul COVID-19 symptoms.

Democrats ostensibly hold a slim majority, occupying 15 of the body’s 29 seats. But LaMar, a Democrat, caucuses with Republicans, functionally handing that slim majority to the GOP. That position isn’t a first for LaMar—she formerly was a member of the now-defunct Black and Asian Caucus, a breakaway group of four legislature Democrats who caucused with Republicans.

Should Johns lose the race, it would solidify the edge for Democrats and, in the process, diminish the power of LaMar’s presidency. That outcome would also likely trigger a new vote by legislators to appoint a new president.

“If anything, it would become more of their (legislature Democrats) goal to make sure, like the other members of the Black and Asian Caucus, that she was primaried out,” said Tim Kneeland, a history, politics, and law professor at Nazareth College. 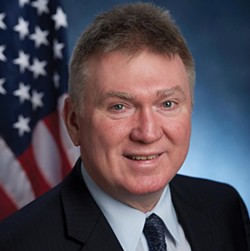 Mark Johns is a dynamic political figure who is not shy about sharing his ideas on everything from economic policies to the composition of state government, or his pet topic — term limits for elected officials.

Johns, 69, is a retired county Department of Health worker who specialized in environmental health. He served in the Assembly in the 135th District for a decade beginning in 2011, before being defeated by Democrat Jen Lunsford in the 2020 general election.

Upon being appointed to the Legislature in April, Johns made clear his intention of prodding the chamber to be more proactive in setting a legislative agenda, rather than simply carry on playing a supporting role to the county executive, which had been the body’s routine for decades.

“If I get elected, you can be sure I’m going to be coming up with some ideas,” Johns said. “I think the main thing is we have a Legislature as evenly split as you can get.”

Johns tested many of his ideas during his tenure in the Assembly. Among his more radical gambits was a push for creating a unicameral legislature, eliminating the Assembly and replacing it with one 75-seat Senate.

That bill was introduced in the 2020 legislative cycle, and has since been held in committee.

He also enters the county race with a considerable war chest held over from his days in state politics. In July, Johns filed a required financial disclosure report with the state Board of Elections that showed him having $38,230 on hand in his Assembly campaign account and having spent $5,500 on media buys. That balance can be transferred to a new committee for his current campaign.

Johns sees himself as a moderate whose utmost concerns are preventing “career politicians” from staying in one place for too long and putting critical policy issues to a public referendum.

He also supports chopping the size of the County Legislature from 29 seats to 15. Monroe County is an outlier in the size of its legislative body. The four counties in New York with larger populations that Monroe, excluding the five counties that make up New York City, each have smaller legislatures.

Nassau carries 19 legislators. There are 18 in Suffolk. Westchester has 17. Erie gets by with 11. 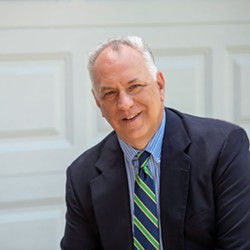 If history is any guide , Mike DiTullio faces an uphill battle.

The 8th District seat has been firmly in Republican control since at least 1992. The office briefly fell into Democratic hands when Carmen Gumina won election there in 2007, but he quickly defected from the party and joined the GOP.

Last year in the general election, Matthew Terp, the incumbent, comfortably defeated Democratic challenger Megan Thompson by 13 points, despite already having announced his intention to resign for health reasons and not campaigning.

DiTullio, 56, is unfazed by the odds and said the fractious national political atmosphere moved him to run. Much like Johns, DiTullio was inspired by issues that are largely outside the scope of the County Legislature, including the debates about abortion and gun control.

“I was still kind of iffy, and then SCOTUS did what they did with abortion and with assault rifles, well, not assault rifles, but gun control,” DiTullio said. “...It kind of made me feel the way a lot of people felt in 2016, where I just gotta do something.”

DiTullio considers himself a moderate and calls himself “a reasonable Democrat” who is willing to reach across the aisle. He said he thinks government’s role is to invest in its citizenry.

“I want to be sure that there’s another person in the Monroe County Legislature that believes in government,” DiTullio said. “That may seem kind of pious, but that’s what I believe.”

DiTullio’s run is also a teaching tool for his students at Thomas High School. He said he wanted to run, in part, to show his students how to stand up for their beliefs and participate in the democratic system.

What sort of financial backing DiTullio has remains to be seen. As of this writing, he had yet to file any campaign financial disclosure reports with the state, although the deadline for doing so for his race was not until Oct. 7.

DiTullio said his years of working in Webster provide a foundation for a successful campaign.

“I think I know a lot of people,” DiTullio said. “I’ve lived in this town a long time, I can’t go anywhere without running into people I know.”